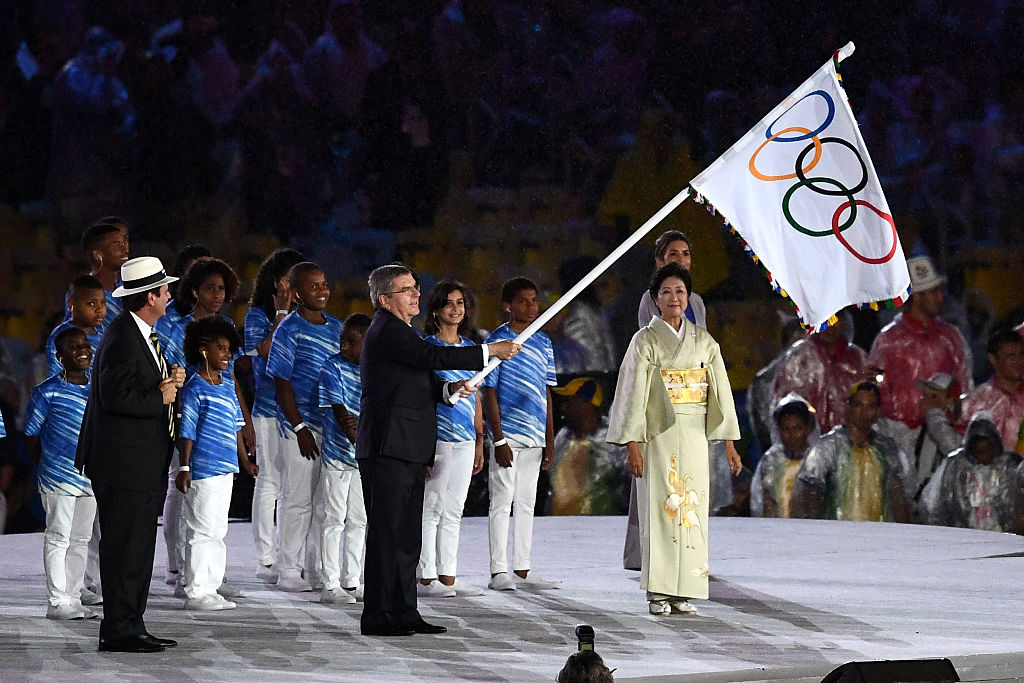 Now that the Olympic flame has been extinguished in Rio, it’s time to look back on NBC’s coverage of a property that is so important to not only their sports plans, but plans in general. Based on the pre-Games hype, there was reason to believe this Olympiad had the chance to be the best rated ever, thanks to major stars, the time zone, and momentum from London.

However, NBC’s Rio coverage came nowhere near London for a myriad of reasons, and now they and the media world are left to wonder how they’ll approach three Asian Games ahead with audience fragmentation and the decay of bedrock Olympic audiences a foremost concern. Here are a few suggestions on how they can right some of the Rio wrongs come Pyeongchang in 18 months, then Tokyo  beyond that:

Offer Alternate Broadcasts: In 2014, NBCSN showed figure skating competitions live with a different broadcast crew than was used in primetime. The two broadcasts were fundamentally different and focused on different aspects of the competition, and it worked brilliantly. Using that type of coverage again, even if it means using taped coverage of different pairs, etc. in daytime the next day could be a massive boon to NBC and appealing to hard core sports fans who don’t like NBC’s reality and Today show style packaging from the primetime show.

This could be especially useful for the opening ceremony, which will be shown 13 hours later in primetime on NBC, but could easily be broadcast live on NBCSN or online (or both) with a different broadcasting crew and NASCAR style side-by-side advertising for those who want to wake up at 7 a.m. on the East Coast to watch the Opening and Closing ceremonies. This could easily carry over to Tokyo and Beijing too.

Re-Air Broadcasts and Save Them: For those who don’t want to stay up all night to watch live competition, re-airing blocks of coverage, including whole games, during the normal daytime hours and archiving them online will be hugely beneficial for most viewers, die-hard sports fans or not. This is how to wisely use tape delay when the time zone problems are ever-present. If NBCSN had an exciting hockey game between Finland and Sweden, re-air it later in the day so people can watch it if they slept through it.

NBC will likely have to do this to fill time on multiple networks during daytime, but the extra boon will come if the entire broadcasts are saved online so they can be watched beyond just Olympic daytime. Archiving events and broadcasts during the Rio Games was a bit of a struggle, and as streaming becomes more important to Olympic broadcasts around the world, archiving broadcasts and games beyond simple clips makes too much sense to not do.

Set Realistic Ratings Expectations: In hindsight, the ratings expectations for Rio were way out of whack with reality, and while hindsight is 20/20, some of the ultimate causes seem fairly obvious. With a Winter Games (always lower rated than Summer) taking place in a country with a limited winter sports pedigree in a city few have heard of with a massive time zone problem, NBC needs to adjust expectations to a realistic level so if they miss targets as they have in Rio, the coverage isn’t overwhelmingly negative despite plenty of reasons to be happy.

The same principle applies to Tokyo, which despite having name recognition and likely less negative press than Rio still suffers from time zone issues and fewer big stars to market and Beijing too. Will the ratings be better than the 21.4 million primetime average in Sochi? Probably not, and they’ll likely be lower than Torino as well. Even though 1998 is miles different in media terms to 2018, NBC should set ratings expectations similar to what CBS achieved in Nagano in 1998, because that is the most apt comparison.

Adjust the Presentation: A common narrative surrounding NBC’s ratings woes is that “millennials aren’t watching the Olympics”, particularly primetime, and that by extension, live sports aren’t as invincible from the decay felt by the rest of TV as once thought. There’s a slight problem with that logic leap, and it’s that Olympic primetime isn’t marketed as a sporting event. It’s a reality show, complete with features and narrative tinged coverage tailored to a specific audience that has been rubbing people the wrong way for years.

But with social media, there is now a major outlet for that criticism. NBC isn’t likely to change their primetime show from being a soap opera, but if they adjust coverage in other areas, including increasing their online presence and offering those alternate broadcasts mentioned above, they don’t alienate audiences who dislike NBC’s primetime show. The beginnings of that approach was shown in Sochi, and for Asian Olympics, it makes sense to expand on that further. Worrying about online audience cannibalizing linear TV is a concern, but if they want to attract younger audiences and die-hard sports fans more than they have been, they may have to take a hit in one area to save another.

The Olympics, despite ratings decreases, are still a major ratings driver for NBC and will be even as TV audiences decay further and further. They have 18 months to plan for the unique challenges the Pyeongchang Winter Olympics will provide, and Tokyo and Beijing beyond that. Asian Olympic Games are challenging to cover, and the technological advances since the last Winter and Summer Games held in the Far East complicates the matter further. But Comcast didn’t fork out $12 billion through 2032 for NBC Sports to not figure out how to work around those challenges. These are a few suggestions they could take, but no doubt they’ll have more to do than just that. And of course, there will be still be criticism of whatever they do because no coverage is perfect.

But making in-roads towards a different future could stave off some of the inevitable ratings losses NBC will see because of location, stars and the passage of time.