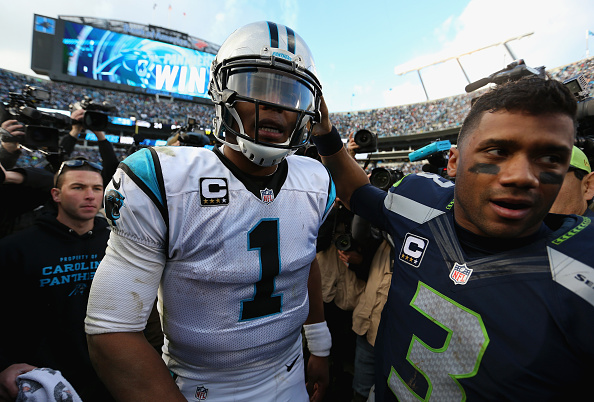 20. Bengals at Giants (Nov. 14, ESPN): Two great offenses in a matchup between playoff contenders from separate conferences. Also likely to be plenty of fantasy implications for this Monday nighter.

19. Cowboys at Vikings (Dec. 1, NBC/NFLN): Kudos to the NFL for giving us some more variety on Thursday nights this season. The first Thursday nighter of December features two fun teams that should be in contention.

17. Panthers at Redskins (ESPN, Dec. 19): Carolina crushed Washington last season in Charlotte, but the Redskins were much better at home. So long as the ‘Skins contend again in 2016, this’ll be a top-of-the-line matchup between two great offenses.

16. Giants at Vikings (Oct. 3, ESPN): You had me at Odell Beckham Jr. and Adrian Peterson. Both of these teams should be superb in 2016, and this could have playoff implications down the line. Also one of our first looks at a revamped Giants defense and a new head coach.

14. Cowboys at Giants (Dec. 11, NBC): Seven of their last eight meetings have been one-score games, and there should be plenty on the line for this Week 14 matchup.

13. Patriots at Jets (Nov. 27, NBC): This has become a stellar rivalry, and the Jets always play New England strong at MetLife Stadium. Little reason to expect anything but a thriller on Sunday Night Football.

12. Broncos at Chiefs (Dec. 25, NBC): A Week 16 Christmas matchup with the AFC West title on the line? It’s possible. And in Kansas City, it should be close.

11. Texans at Raiders (Nov. 21, ESPN): This is already a fun, star-studded matchup between two AFC playoff contenders. Throw in that it’s the NFL’s first game in Mexico since 2005 and you’ve got appointment viewing.

10. Rams at 49ers (Sept. 12, ESPN): This could be the first start of Carson Wentz’s or Jared Goff’s career, and it’ll be the first game for the revived Los Angeles Rams. Against a beatable division and state rival, we should have a good one.

9. Steelers at Colts (Nov. 24, NBC): Andrew Luck and the Indy offense versus Ben Roethlisberger and the Pittsburgh offense on Thanksgiving night. This would be highly-entertaining even if it didn’t have big implications, but it probably will.

8. Seahawks at Patriots (Nov. 13, NBC): A Super Bowl XLIX rematch and definitely a potential Super Bowl preview. Lots of bad blood here, and plenty of storylines despite the fact it isn’t a conference matchup.

7. Seahawks at Cardinals (Oct. 23, NBC): You know these two are going to be duking it out all season long in the NFC West. Sit back on a midseason Sunday night and enjoy some stellar defense.

6. Packers at Vikings (Sept. 18, NBC): New stadium debuts are always pretty cool, and NBC should have plenty of interesting looks at the Vikings’ new venue here. Plus, it’s a high-quality divisional matchup between two playoff contenders.

5. Broncos at Raiders (Nov. 6, NBC): Oakland could finally be ready to contend after a strong offseason. They’re young, talented and well balanced. And at home, they could put up a primetime fight against the division-rival Broncos. Remember, the Raiders beat Denver on the road last year.

4. Panthers at Broncos (Sept. 8, NBC): Can’t think of a better way to launch the season than a rematch of Super Bowl 50. And it helps that there’s added intrigue regarding the quarterback situation in Denver.

3. Texans at Broncos (Oct. 24, ESPN): Not only is this a matchup between two reigning AFC division champions that features arguably the two best defensive players in the game, but it should also be Brock Osweiler’s return to Denver.

2. Steelers at Bengals (NBC, Dec. 18): There could be a lot on the line as one of fiercest rivalries in the game is renewed in the Week 15 Sunday nighter. These teams despise each other, and they could be battling for a division title.

1. Panthers at Seahawks (Dec. 4, NBC): This is the new hot rivalry, and a matchup between the league’s best young quarterbacks. It’ll undoubtedly have a lot of implications, potentially even deciding the top seed in the NFC.