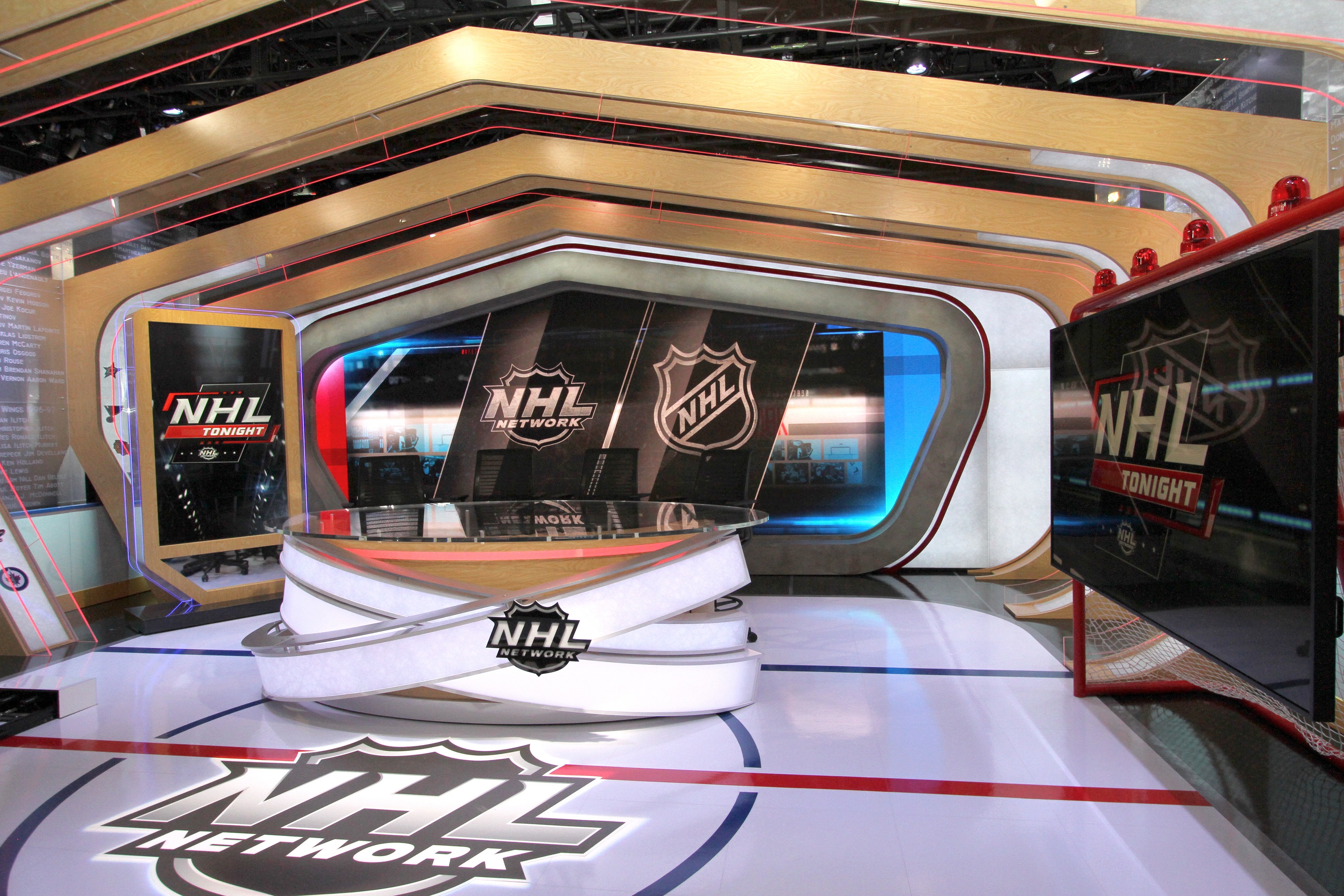 Just in time for the NHL Playoffs, NHL Network has unveiled a new permanent set. This will be used not just for the 2016 postseason, but beyond. This season, NHL Network moved into MLB Network’s facilities in Secaucus, NJ as part of a six-year agreement between MLB Advanced Media and the National Hockey League.

The set called “The Rink” is a 1,200-square foot space that will be exclusively used by NHL Network. When NHL Network moved to New Jersey, it was using existing MLB Network sets that were modified for NHLN. But knowing that MLB Network would need their sets back for the 2016 season, work began on new NHL Network-only sets right when the move was made.

Dave Patterson, Senior Vice President of Production for MLB Network and NHL Network told Awful Announcing that a dedicated hockey area was desired immediately and the timing worked out well that the set was ready for the NHL Playoffs. The new set has already been unveiled this week for NHL Tonight’s postseason previews and will be in full operation for tonight’s opening games of the playoffs. 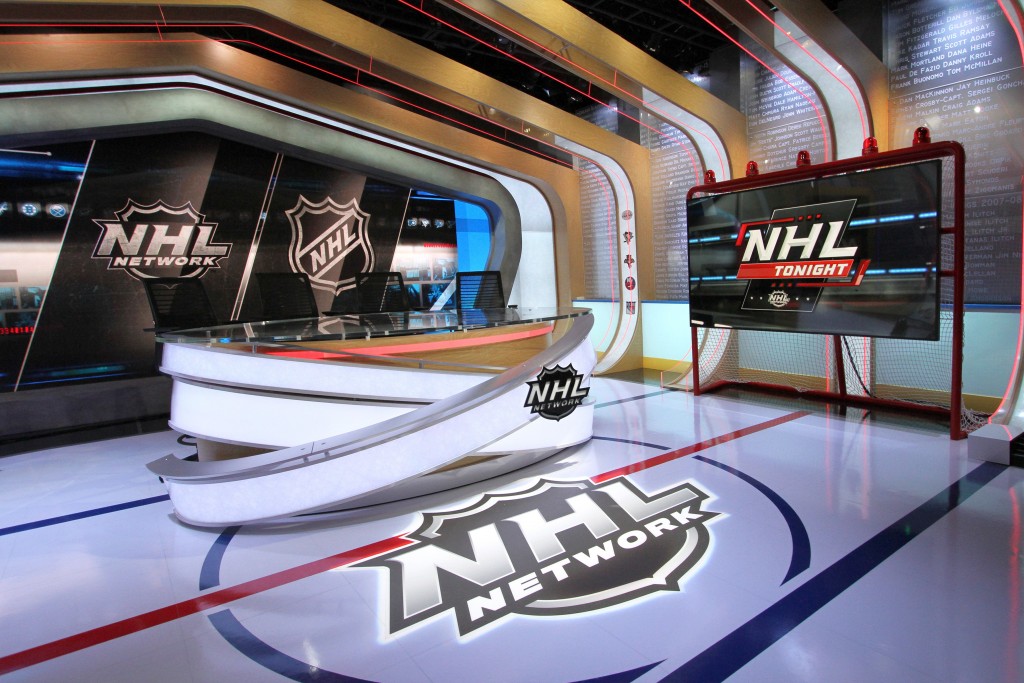 “Our first objective was to relaunch NHL Network and get it off the ground again, then we started to think about another area for them,” Patterson said. “We worked on it during the winter and during the early spring to get it ready.”

Here are some of the specifications of the new studio:

THE RINK BY THE NUMBERS:

Patterson said, “We really wanted to make sure it was a really functional spot where we could have our guys not only have the studio desk element, but also do demos and to move around and give it a different look.” 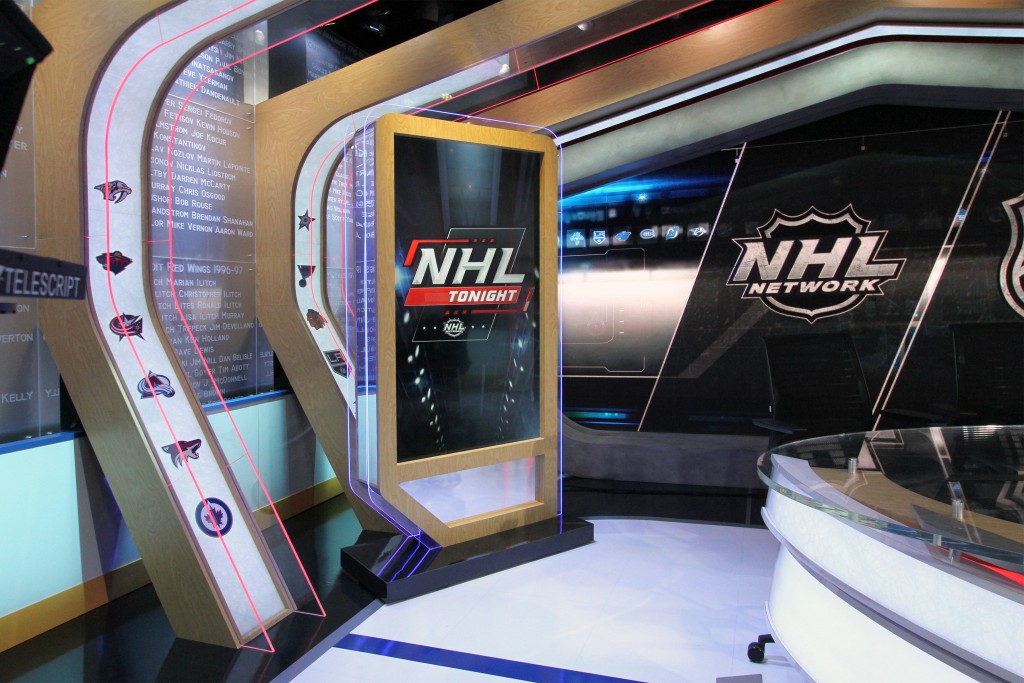 This is a much better look than when NHL Network was based out of Toronto and their sets looked like an afterthought. Now with their own dedicated studios and plenty of space, it will give their shows like NHL Tonight and On the Fly more of a major network feel. And with MLB Network behind the operation, NHL Network already has hired new on-air talent, improved the on-air production and graphics and is in a better position to cover breaking news.

NHL Network will utilize the studio not only for NHL Tonight, but also for its airing of Game 2 of the New York Islanders-Florida series on Friday night.