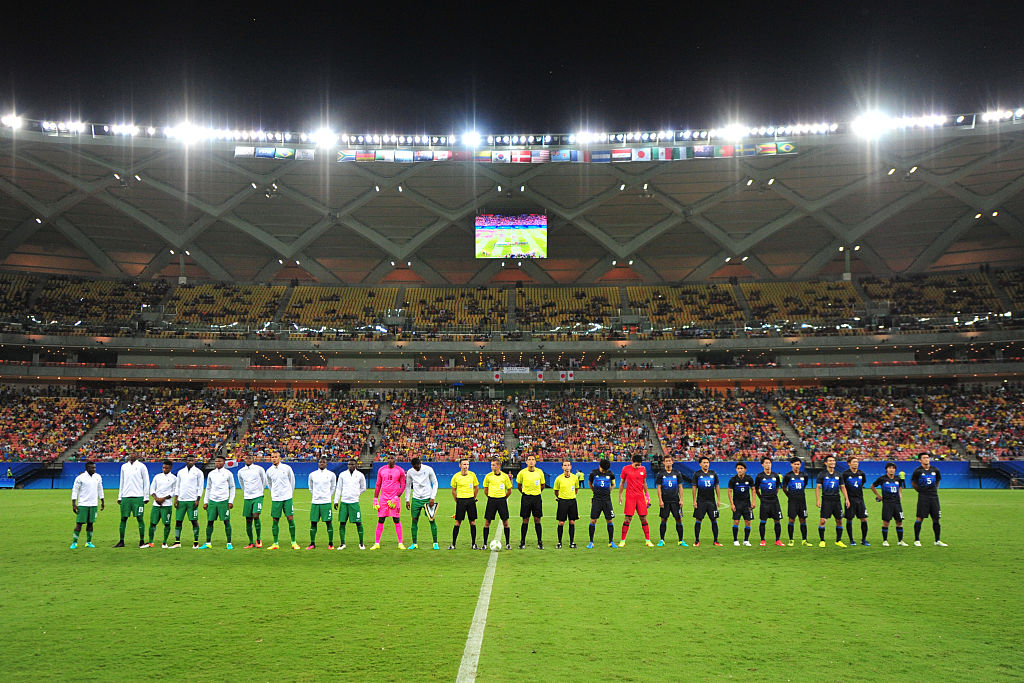 The Opening Ceremony of the Rio Olympics haven’t even started yet and NBC’s coverage of the Games has already left a bad taste in some people’s mouths. Over the first two days of the women’s and men’s Olympic soccer tournaments, NBC has been inserting commercials while matches are taking place.

NBC isn’t doing this in every match but they have periodically inserted a commercial on certain matches. Wednesday, among other matches, a commercial was shown during the Zimbabwe vs. Germany women’s match on the USA network. Thursday, in the first day of the men’s tournament, the Fiji vs. South Korea match was interrupted with a commercial in the first half.

Normally, when someone watches soccer on ESPN, NBC, Fox, beIN or any other sports network in the United States, it’s largely been accepted that you do not show a commercial during the actual match. Soccer does not have natural breaks for commercials and therefore there is a risk of missing a big moment or even a goal while in commercial even if that means going over 45 minutes at a time without showing a commercial. Over two days, NBC hasn’t missed any big moments or goals but if some are already pissed off that NBC is doing this, imagine the anger if NBC misses a goal.

NBC Sports just took a commercial break in the middle of the first half during the South Korea vs. Fiji soccer match. That's not right.

Never seen any channel to air a commercial break right during the live soccer game. Does NBC knows there no time outs in soccer #Rio2016

NBC bringing back the mid-half commercial breaks for Olympic soccer

Already, NBC's coverage on USA Network is disappointing me.

You don't cut to commercial in the middle of a soccer game. #Olympics

Oh dear, once again, NBC decides with their Olympic soccer coverage to go to commercial break during a soccer half! Like, why???? #Rio2016

@awfulannouncing nbc is going to commercials during the soccer game

Well, you get the idea. While you wouldn’t see this in any other level of soccer, this isn’t exactly a new concept for NBC and the Olympics. I distinctly seem to remember NBC cutting to commercial during the USWNT vs. France group stage match in the 2012 London Olympics.

After two days, it seems that NBC is at least picking and choosing when to show commercials this year. The network did not show commercials during the USWNT win against New Zealand on Monday. Also, commercials are usually just 30 seconds at a time where the Fiji/South Korea match had a 60 second block of commercials that was the longest in-match commercial stretch.

Look, it’s no secret that NBC treats the Olympics as more of a general event than a sports competition. And because of that, the Olympics are produced as such that it’s not for those diehard soccer fans who like to get up early Saturday and Sunday morning to watch the English Premier League who would be pissed off at the idea of a commercial inserted during a soccer match.

Also, in fairness to NBC, they may feel justified in showing a periodic commercial at various times because of various advertising restrictions due to the Olympics. NBC’s graphics during the Olympics are controlled by the IOC so they cannot show advertisements on the scorebug or elsewhere on the screen as they would normally do with the EPL. In addition, when networks usually spend much of halftime piling all their commercials in their telecasts, NBC has seemingly done more in-studio segments as they discuss other Olympic sports or other soccer games taking place throughout the day.

That being said, considering NBC has sold $1.2 billion in advertising for the next two weeks, surely they could spare .02% of that ad revenue and not risk ruining a good thing and associating NBC’s exceptional EPL coverage with NBC’s Olympic coverage where, whether its fair to say or not, the saying “Nothing But Commercials” would seem more appropriate in the minds of viewers.