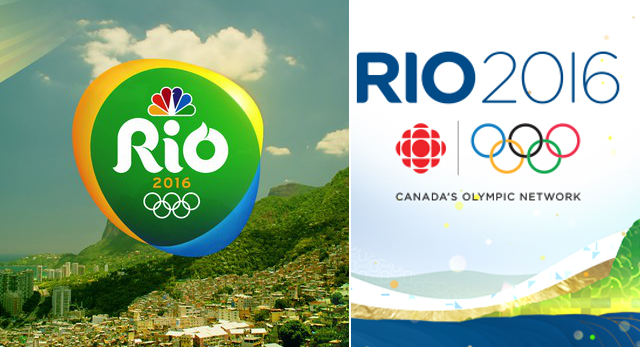 The story of this year’s Olympic ratings in general and Olympic primetime ratings in particular drastically changes depending on what part of North America you’re looking at. In the U.S., despite NBC’s claims that the Rio Olympics were “the most successful media event in history,” primetime ratings on the main NBC channel dropped by 17 per cent overall and 25 per cent in the 18-49 age demographic relative to London 2012, causing NBC to blame millennials (the same millennials NBC said “devour Rio Olympics coverage“). Meanwhile in Canada, the CBC posted “the most-watched Summer Olympic Games in Canadian history,” including a total-day boost of 11 per cent over London and a primetime boost of 23 per cent from 2012. Why was Olympic primetime so down in the U.S. and so up in Canada? Well, there are plenty of possible factors, but one may be about the general philosophy of tape-delay.

Heading into these Games, NBC claimed they would be the “most live Olympics ever,”and that may well be true if you factor in the totality of their 6700 hours of coverage, much of which was only available on streaming platforms. The streaming platforms did generally provide live coverage of most events and most matches within those events, and while there were occasional hiccups (such as geoblocking West Coast users from streaming an early Kerri Walsh-Jennings-April Ross beach volleyball match that was set to be shown on NBC three hours later), it was possible to follow most things live if you had streaming access. You could even get some live events in the evening if you went to NBC’s cable channels.

However, the main NBC broadcast was heavily tape-delayed, especially for all time zones other than Eastern (but there were tape-delays even on the East Coast too), and there was an inexplicable tape delay (and no streaming whatsoever) for the opening ceremonies to add ads and “context” and remove some memorable moments. Everyone outside the Eastern time zone was asked to tune in for NBC to replay exactly what it had earlier broadcast to the East Coast, including events that had already happened, broadcasting flubs and more, all of which had already been heavily discussed on Twitter, Facebook and other social media channels and covered by media outlets. That didn’t stop western markets like Salt Lake City and Denver from leading the local ratings, but even those ratings were way down from four years ago. Moreover, even Eastern viewers were often asked to breathlessly wait for coverage of hours-old events, and NBC frequently went to them late to insert more “context” and features from their studio.

The main NBC channel didn’t cover these Games like a sports event, and while that shouldn’t be surprising (especially considering NBC Olympics chief marketing officer John Miller’s pre-Games comments that “The people who watch the Olympics are not particularly sports fans. More women watch the Games than men, and for the women, they’re less interested in the result and more interested in the journey. It’s sort of like the ultimate reality show and mini-series wrapped into one,” which created plenty of backlash when people found them a week later during the tape-delayed Opening Ceremonies), it may help to explain why the ratings dropped so substantially.

Yes, these ratings are still very good in a vacuum, and yes, they’re good historically compared to non-London Olympics (especially if you add in streaming and cable viewers), but they’re a steep downturn from what we saw four years ago, and a particularly bad one when you consider the pre-Games projections of how well NBC would do based on Brazil’s closer timezone. Part of that may be about expanded streaming options and technology this time around; maybe more people chose to tune in for the live coverage and not to tune in for the primetime “reality show and mini-series.”

That doesn’t fully account for the drop-off, though, as even adding in streaming viewers doesn’t boost NBC over London, and it should be noted that it wasn’t about a worse American performance; the U.S. led London with 103 total medals and 46 golds, but they led Rio with 121 total medals and 46 golds. We may never fully know all the reasons behind this decline, but rather than just blaming “millennials,” it seems perhaps more reasonable to conclude that NBC’s delay, delay, delay strategy didn’t work out fully as they anticipated.

The opposite strategy was seen north of the border, with CBC and partners TSN and Sportsnet televising just about every event Canadians were involved in live on one channel or another. They also offered many more events through streaming. In contrast to NBC, CBC regularly showed live coverage across the country, rather than just replaying an East Coast feed hours later for everyone else. It seems to have paid off for them in a big way.

The CBC’s main primetime coverage (main channel only) drew 2.315 million viewers on average (up from 1.879 million in London), and their Pacific primetime coverage (East Coast late night) drew 1.055 million, a remarkable boost of 189 per cent over London’s 365,000. It should be noted that the hours were slightly different thanks to London versus Rio time zones: “Pacific primetime” was 12 – 2 a.m. Eastern in London and 11 to 1 a.m. Eastern in Rio. It should also be noted that with 22 total medals, this was Canada’s best Summer Games since the Soviet bloc-boycotted 1984 Los Angeles Olympics; that undoubtedly played a role. Still, CBC focused not just on narratives, but on showing live events during its primetime coverage, and showing those live events to the whole country at once. It certainly worked for them, and it’s something NBC might want to look at next time around if they don’t want their primetime ratings to keep falling.