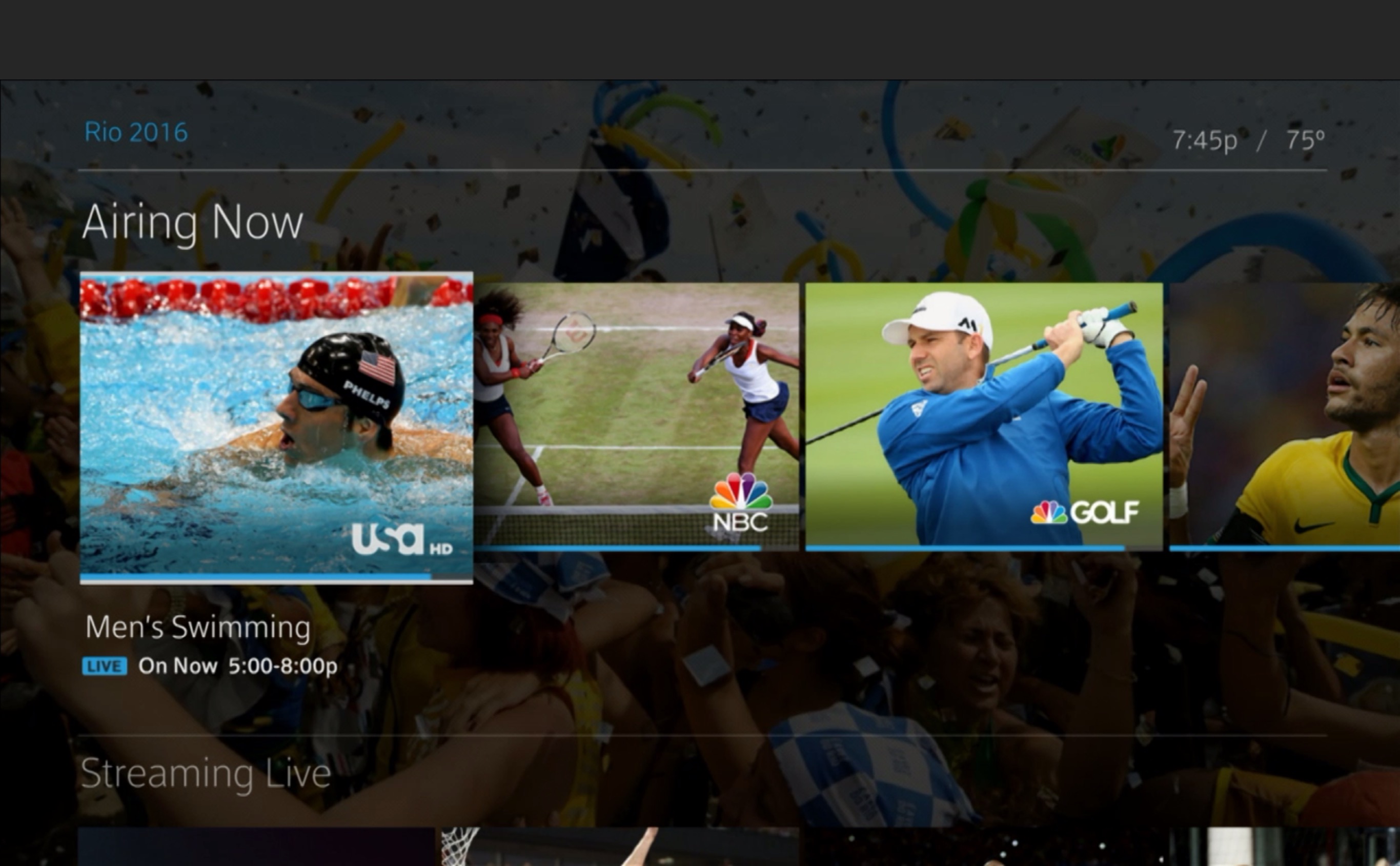 Heading into August’s Rio Olympics, NBC has been emphasizing both the sheer tonnage of their Olympic coverage (6,755 hours) and the amount that will be carried live on TV and streaming platforms, leading to their “Most Live Olympics Ever” tag. However, the marquee Opening Ceremonies will not be available for American viewers to watch live through NBC’s TV or streaming platforms. The network announced Monday at an Olympics preview press event in New York that the opening ceremonies won’t be shown live as they were in Vancouver in 2010, but will instead be tape-delayed (as they were in London and Sochi) on both televised and streaming feeds, with the ceremonies starting at 7 p.m. Eastern but the NBC broadcasts starting at 8/7 Central (and then being further delayed to 8 Mountain/7 Pacific for western regions). Jonathan Tannenwald of Philly.com writes that NBC executives cited context, commercials, and viewer habits to defend the move, with NBC Sports Group chairman Mark Lazarus’ comments particularly standing out:

We are not going to stream the Opening Ceremonies live. Those will be curated and will air one hour after they occur, as will take place with us on NBC broadcast network as well. We think it’s important to give the context to the show. These Opening Ceremonies will be a celebration of Brazilian culture, of Rio, of the pageantry, of the excitement, of the flair that this beautiful nation has. We think it’s important that we’re able to put that in context for the viewer so that it’s not just a flash of color. So we will air that on a one-hour delay…

The question, I would say, is: If we were to air it live, and we were going to put commercials in the Games – because we are a public company and have duties to our shareholders – which parts would they like us to cut out?

Tannenwald asked about cutting out countries the public doesn’t know much about, and Lazarus said he doesn’t like that approach:

Well, that’s not fair to those countries, and those people have relatives or people here. It’s also not just about the Parade of Nations. There’s pageantry and art and other things in it. By doing a short tape-delay of one hour, it allows us to put it in a time period when more people are home to watch, because it is a Friday night and they get out of their commute or home from wherever they are. And it allows us to curate it with the narrative and storytelling of our announcers to explain what’s going on. And it allows us to put in commercials without cutting out large chunks of the show…

It’s hard to put commercials in a live show and not miss something. Then the question would be: Well, why do you have to ruin it with commercials? We are a for-profit organization, and we spend a lot of money to put on the Olympics, and I think [we have] the right – and duty to our shareholders – to make some revenue from that. What we’ve seen is when we delayed the London Games [ceremonies] by five hours and the Sochi ceremonies by nine hours, people were still excited to see them. I’m hopeful that will be the case here.

The people who watch the Olympics are not particularly sports fans. More women watch the Games than men, and for the women, they’re less interested in the result and more interested in the journey. It’s sort of like the ultimate reality show and mini-series wrapped into one.

The idea that all women are watching the Olympics with the same goal in mind is a bit silly, as is that it’s not particularly sports fans who watch the Olympics, but there is a bit of a point there that many people who aren’t hardcore sports fans do watch the Games, and that some do watch for drama and reality show aspects. For them, the produced, delayed and contextualized version may well be superior. It certainly isn’t for many sports fans who do want to watch, though, and that’s why the idea that this can’t even be streamed live is a frustrating one for many.

NBC deserves some credit for some honesty about their motives here, though. The really important goals are the commercials and the ratings, and it’s much easier for them to maximize both of those areas with the tape-delayed, edited version of the Opening Ceremonies. The sports fans annoyed by this have a point too, and this is particularly frustrating for those who want to discuss the event live with friends on Twitter or other social media platforms (or alternately, to avoid spoilers for it), but NBC is making this decision based on the idea that annoying those people is less problematic in the long run than failing to completely maximize commercials and ratings.

They not be wrong, too. Even many who complain may still tune in for a delayed feed, thus benefiting NBC’s bottom line (even if they’re doing so reluctantly). It’s certainly not a move that engenders goodwill with tech-savvy sports fans, or with those who want to see the unfiltered news as it happens rather than with the artificial “context” NBC feels is necessary, but NBC is betting that they’re better off doing what they feel will maximize their ratings and their commercial spots, even at the price of angering those fans. We’ll soon find out if they’re right.

[Update: This piece initially had John Miller’s comments attributed to NBC Olympics executive producer Jim Bell, based on Philly.com’s attribution. They’ve changed those to Miller, so so have we.]