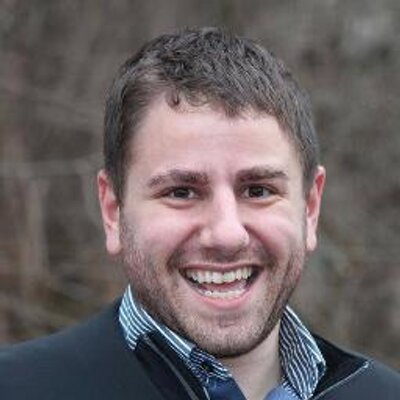 The world of NASCAR saw an interesting media controversy this week, with a wide variety of reporters getting annoyed at Frontstretch.com owner/editor Tom Bowles after a column he penned Monday included a tidbit that multiple sources claimed Kevin Harvick had received an offer to move from Stewart-Haas Racing to Hendrick Motorsports and potentially directly into Kasey Kahne’s No. 5 car. Harvick signed a long-term extension with Stewart-Haas Thursday, and he and other NASCAR drivers like Tony Stewart subsequently blasted “the media” for inaccurate reports, which led to reporters like USA Today’s Jeff Gluck criticizing Bowles and saying he made all media look bad. Here’s how Gluck started a piece about Bowles and Harvick on his own website Thursday:

If you paid attention to Twitter on Thursday, there was a bunch of chatter about reporting and sourcing and journalists conducting themselves the right way. I bit my tongue on this at first, but it really bothered me after awhile and I want to weigh in.

First, the backstory. In case you missed it, a guy named Tom Bowles showed up at the racetrack for the first time in weeks (months?) and promptly reported a rumor that Kevin Harvick might leave Stewart-Haas Racing for Hendrick Motorsports.

Gluck goes on to cite how this is an months-old rumor and mentions a number of denials Harvick offered to media over the past months, which he sees as disproving the rumor:

Look, people lie sometimes. At other times, they dance around the truth. But let me ask you: Do any of the above quotes sound like they’re from someone who is looking to leave?

Fast forward to last weekend, when Tom Bowles showed up at Dover. He heard the rumor somewhere and floated it in his story with “multiple sources” cited.

Obviously, his sources were wrong. SHR announced Thursday that Harvick has signed a long-term extension to remain with the team; Harvick was never going to leave for Hendrick.

So why did some media get so fired up over this incorrect report from what’s essentially a citizen journalist website?

Well, I’ll tell you: Because it makes us all look bad.

Being part of “THE MEDIA” is like being a lawyer. You know how people make lawyer jokes, like they’re all the same? Well people view the media in the same way. The general public has a very hard time differentiating between various media members and outlets.

These days, it takes very little to be considered part of the “media.” There is no license or formal training required, nor is there some sort of media police who act as a watchdog for flimsy reporting and/or ethics. Virtually anyone can be in the media if they write for a website that claims to report news.

Gluck goes on to discuss USA Today’s sourcing policy, which prohibits “source” in favor of “a person with direct knowledge of the situation who requested anonymity” who at least two editors have to be told about, says “It truly has to be someone in the know,” implies that Frontstretch.com’s sourcing isn’t as rigorous, and says he’s upset with Bowles for “bringing this shame upon a bunch of hard-working professionals who try do to things the right way.” Bowles takes exception to this in a response he posted at Medium Friday:

Re: the Harvick situation, here’s what went down. A fellow Frontstretch reporter, Mike Neff, got in touch with me before Dover last weekend regarding a tip he’d heard on Harvick’s future. The tip came from a crewman inside Stewart-Haas Racing, a source used before who said rumors around the shop that the driver was staying with Chevrolet were firing up again. Neff followed that up from a second tip inside the Hendrick organization. This source, who we’ve used in the past, gave a detailed breakdown of how it would work, what Chevrolet was planning and gave Neff the basics.

Neff himself wasn’t at the track at Dover, so he asked me to poke around with people I knew, and, if our sourcing requirements were reached (for Frontstretch, that number is three), felt the rumor was worth mentioning to a wider audience. I said sure; the basic tenets of the story have been out there — and have been repeatedly denied by Harvick — but let’s see what we can find out.

Over the course of the weekend, I had a chance to catch up with people and mentioned what I had heard. I had a longtime friend well-connected within not only NASCAR television but also within NASCAR teams tell me the rumor, also claiming it had been flaring up again over the last week as Harvick had not announced his extension. I also have a source I use frequently, one who works inside the garage as a vendor to multiple teams, verify the rumor, the breakdown of how it would work and that talk on it wasn’t going away.

With that in hand, I went back to Neff as our sources had doubled to four, all from various portions within the industry. He was originally going to mention it in his column after adding more sources on his own — which he did, verifying those people to me. I then included what was discovered as part of a larger story about how we could look back at Dover in several months and say it could be a turning point for a number of drivers. The column was tackled by two editors detached from those sources and given a final look-through.

So, Frontstretch would certainly to have at least decent numbers (of both sources and editors) to support a report like this. However, that alone doesn’t prove anything. Small numbers of people can get a story right and large numbers can get it wrong, so while an elaborate sourcing policy isn’t bad, it alone isn’t always necessary or foolproof. Beyond that, criticism from drivers isn’t necessarily proof Bowles was wrong, either; even if Harvick was seriously considering moving (and it’s notable that Bowles’ report didn’t say anything about if he was going to actually move, but only that he’d “been approached with an offer to move to Hendrick Motorsports equipment in 2017,” and that it included Harvick’s strong on-the-record denials), it’s in his best interest now he’s signed an extension to pretend that he wasn’t. Thus, the real debate here is if there was enough actual fact for Bowles to put this out there, or if he did so just to stir the pot (which Gluck says is what Bowles mostly claimed in a SiriusXM interview).

Gluck’s quite right that a poor report from one member of the media often can make everyone look bad, especially as athletes don’t usually single out the offender but rather complain about “the media.” However, it doesn’t seem to necessarily be the case that this one did, despite the complaints from Harvick and Stewart. Kahne has confirmed on Twitter that Harvick went to him and said the rumors of him moving to Hendrick weren’t true, but that’s not even conclusive proof Bowles was wrong and his story shouldn’t have run.

The key fact in dispute here isn’t whether Harvick actually moved (which he obviously didn’t), but if he was “approached with an offer from Hendrick,” which is all Bowles actually reported. If there was an actual offer, Bowles’ piece doesn’t seem wrong from a journalism standpoint despite Harvick not accepting that offer in the end. If there was no actual offer, though, either Bowles’ sources were playing him (which goes into the problems with anonymous sources and their potential agendas) or Bowles took what they gave him and made too much out of it; either case would mean the criticism of him is deserved.

We may never know the real truth as to whether this was irresponsible or not, as it seems unlikely anyone’s going to confirm an offer that Harvick eventually declined. The issue shouldn’t be about Bowles, his website, or how many people he ran this through, though. It should be about if the fact he actually reported (“approached with an offer”) was true or not. If it wasn’t, Bowles did in fact make the media look bad, and Gluck’s criticism of him is fair. If that fact is true, though, the critics of Bowles may be going a bit too far.

Update: Harvick has apparently denied even receiving an offer from Hendrick.

@AndrewBucholtz FYI, Harvick said he told Kahne that he was not called by Hendrick — so a lot more specific than he wasn’t going there.

And here’s what he said Tuesday on Twitter when asked about the rumors:

Bunch of people who make shit up…. https://t.co/HdLgxanmQU

Again, none of that’s necessarily conclusive. Harvick wouldn’t have had to be formally called by Hendrick to receive an offer (e-mails and texts are possible, as are negotiations through intermediaries, not uncommon in situations where existing contracts are involved), and even if he was called, he might say he wasn’t to Kahne. Harvick’s strong and specific denials do seemingly hurt Bowles’ case a bit, though. If there was no actual offer (formal or not), that makes Bowles’ report problematic.