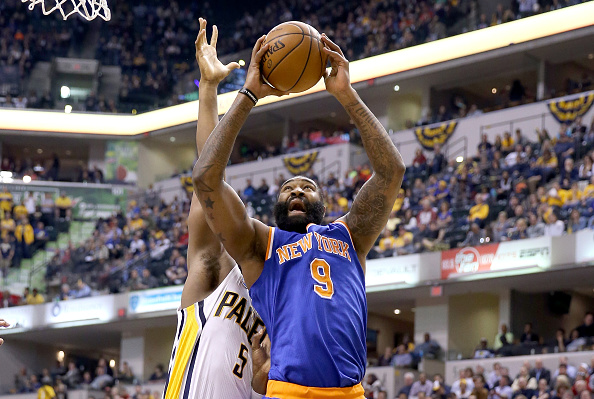 ESPN Radio New York is the flagship station for the New York Knicks and New York Rangers. With the Knicks out of the playoffs, it has led to plenty of frustration and criticism from the media and fans.

As Phil Jackson attempts to right the Knicks’ ship, there are some who don’t believe he’s on the proper path to correction. According to New York Daily News’ curmudgeonly Bob Raissman, ESPN Radio New York will not invite those who are critical of Jackson:

ESPN-98.7 is partners with the Garden, having rights to both Knicks and Rangers radiocasts. Its talkies have not exactly buried Jackson. More importantly, at the request of MSG, station management has banned certain Knicks critics from being interviewed on ESPN-98.7.

Raissman says MSG has been treated with kid gloves over the years thanks to having cozy relationships with strategically placed media members throughout New York and he includes the Sports Pope, Mike Francesa, stating that the head of Mongo Nation has not been critical of the Knicks and Jackson, in particular.

There’s no comment from ESPN Radio New York on whether it bans critics of the Knicks at the request of MSG, but with it being one of the more dominant entities in the market it has plenty of public relations people to try and control its message. As the flagship station, ESPN Radio New York makes certain concessions to Madison Square Garden and perhaps keeping certain critics off the station is one.

The Knicks’ lack of success since the 1990’s has left fans with a sour taste and knowing that the media can be less than accommodating, MSG feels that it needs all the help it can get in trying to change public perception, but the best way to change that would be to produce a winning team.