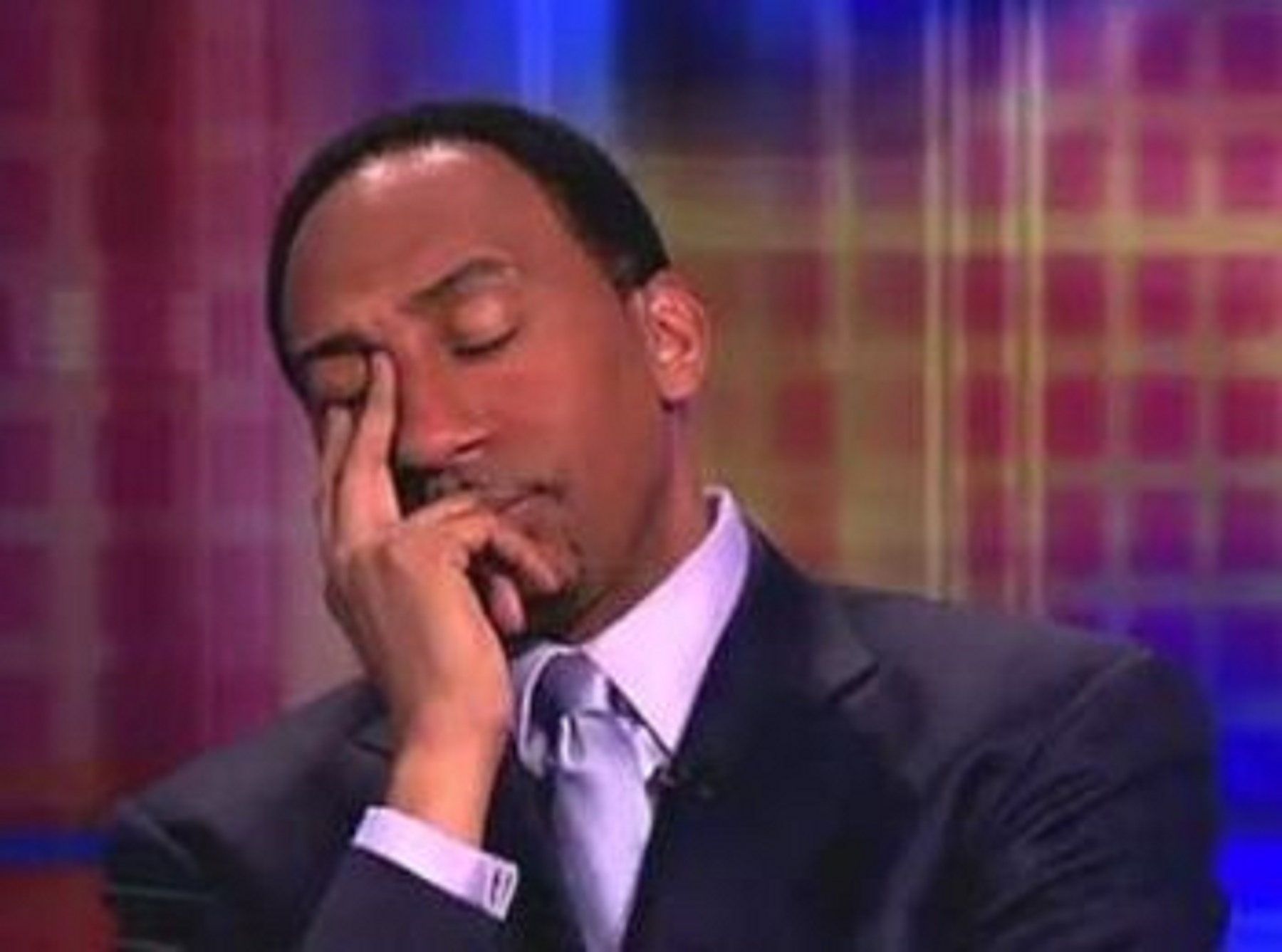 ESPN First Take co-host Stephen A. Smith has been known for threatening athletes, and now some of those threats are coming back towards him. Long-time NBA veteran Glenn Robinson Jr. (father of Pacers’ forward Glenn Robinson III) seems to have a long-running issue with Smith dating back to when he played for the 76ers (2003-04) and Smith was a Philadelphia Inquirer columnist, and it’s boiled over in the past couple of weeks. Here’s what Smith told Sirius XM’s Karen Hunter Show last week, via TMZ:

“One particular athlete who’s now retired, I despise him and he despises me, I’m not going to tell you who…Glenn “Big Dog” Robinson,” Smith said. “What happened with Glenn “Big Dog” Robinson wasn’t that he didn’t play well or he got $69 million or anything like that, it was that I saw this man march lock step with what (former Bucks coach) George Karl wanted to do (from 1998-2003 in Milwaukee), because George Karl was getting paid $7 million a year, but Randy Ayers becomes the head coach of the Philadelphia 76ers, he’s on a three-year deal, but he’s only getting paid $1.5 million. If you know anything about the NBA, they’ll fire you and get rid of that and just soak your contract and pay you off. You treated this man like trash, but you’ll come and talk to reporters about how brothers need to facilitate brothers being hired, but you had one and how’d you treat him? So to me, calling him out, that’s selling out? What about the brother I’m defending? Because last time I checked, Randy Ayers is a brother too! And by the way, let me be very unapologetic in saying this, I’m a proud black man, I love my people, but I don’t give a damn if you are wrong to a white, a Latino anyone else. I’m not giving you a pass just because you black. If you wrong, you wrong.”

This then led to Robinson speaking to TMZ Sports on Monday, explaining the history of the feud:

“He said some things about me in one of his articles and I saw him in Denver before the game and the guy speaks to me,” Robinson said. “A few words was exchanged and I ended up in his face. That’s the reason why he despises me.”

Robinson said contrary to Smith’s claims, this isn’t about his treatment of Ayers:

“That’s really not the reason,” he said. “That’s the reason he’s trying to portray, but the real reason he despises me is because I got into his face, and it almost got physical. And we know what the outcome would have been if things got physical. I probably would have ended up getting a big healthy Ron Artest fine on top of it. It would have been $68, $67 million out of my $68-million contract. It really wasn’t worth it.”

Robinson went on to say he’d be willing to fight Smith now, though.

“But I just want to say one thing, I don’t want the brother to despise me for another 12 years, so if you really want to, we can set something up, put it on TMZ Sports, take it to the cage,” he said. “Let’s get it off the chest, my brother.”

After that, Smith went after Robinson again on Tuesday’s First Take:

Yes, that’s a 12-minute segment, and watching the full thing may be hazardous to your brain cells. Amazingly, though, it did include Smith actually (sort of!) apologizing (starting at 1:40):

“I thought about this long and hard because the street in me wanted to react differently with some of the things that he said, but I’m a grown man, I’m 48 years old, I’m in the position that I’m in, and I’m not going to go there,” Smith said. “The biggest reason I’m not going to go there, though, is not just because I’m a grown man, I’m a professional, but it’s also because I’m the one that was wrong. Believe it or not, regardless of what Glenn Robinson had to say, it was my fault. Which is why, this past Friday, on my radio show, Mad Dog Sports Radio, Sirius XM, the Stephen A. Smith show, I went on my show at 2 o’clock Eastern time and I apologized for even bringing up his name, because the reality is that he retired after 2005. He’s been gone for 10 years, pretty irrelevant, and my name never came out of his mouth. It was wrong for me to answer that question by verbalizing his name.”

Smith goes on to explain the circumstances behind his answer, which came during a town hall in New York City where he was the featured guest and was asked if anyone had threatened him physically over his controversial stances. He initially mentioned just “a retired player,” but gave Robinson’s name after the host repeatedly asked for it. He said in retrospect, that was a mistake (3:40), but he didn’t really back away from the actual claims:

“I went on the air, and I said, ‘Just because things are true does not mean they should always be spoken of,'” Smith said. “When I heard about what Big Dog Robinson had to say about me, I was like ‘I deserved that,’ because this man’s been gone for years, he’s never spoken about me, I shouldn’t have said anything about him. I was wrong to do that. But now let me get to the big issue. I was wrong, it was my fault, I apologize for that, because I shouldn’t have brought up his name. Having said all of that, I stand by every word I said, because it’s all facts. We don’t like one another. We never have liked one another. We never will like one another. And there was a confrontation back in the day.”

The rest of the segment is largely Smith ripping Robinson again, including “I never saw anyone act more disrespectful towards a head coach than him towards Randy Ayers” and “To this day, I contend that Randy Ayers got fired because of the disrespect Big Dog Robinson showed towards him,” so the MMA fight may still be on. But will it go better for him than his simulated one against Skip Bayless?