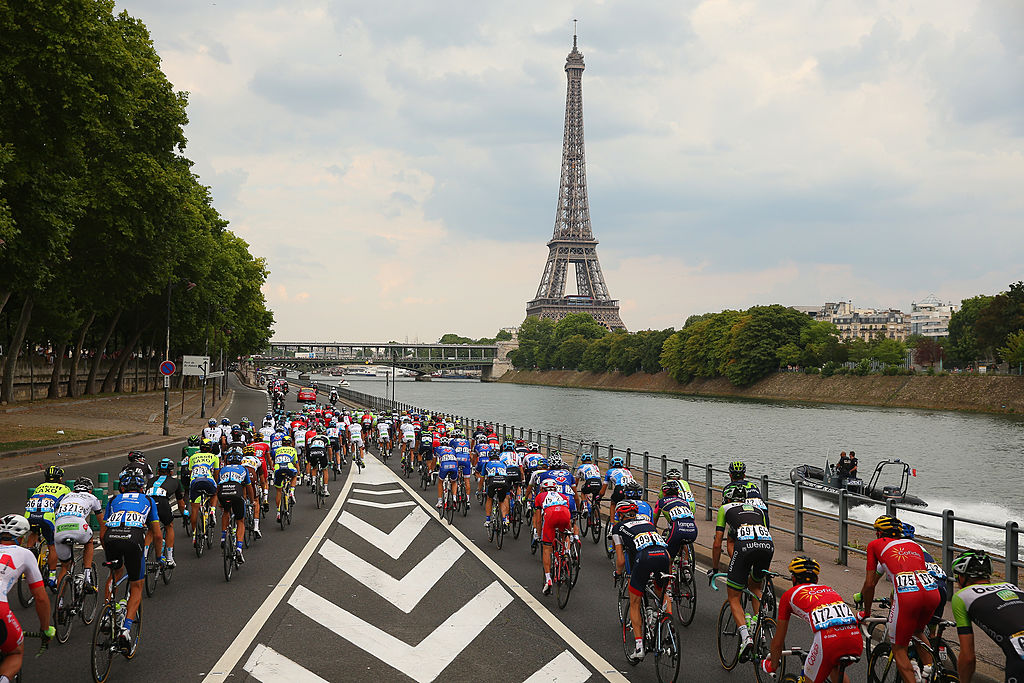 Historic flooding of the River Seine in the Paris area not seen since 1910 will prevent ESPN from opening its coverage of Euro 2016— which begins with a one-hour preview show on Thursday— at its original set location along the river.

“Our set location was going to be spectacular,” Amy Rosenfeld, ESPN’s senior coordinating producer and executive producer of the Euro 2016 tournament— an event as important to ESPN as the Olympic Games — told Awful Announcing. “We never could have foreseen this. It was 20 feet to the water in the area we picked. No one knew it would be a hundred-year event of flooding.”

Rosenfeld and her staff believed that security would be the biggest concern over the six weeks they’ll spend in France, with the threat of an air traffic controller’s strike in France a very distant second. The physical building of the set was running ahead of schedule at the beginning of the week— after months of working with the French government to obtain approval for the location— when Rosenfeld woke up to about 80 emails on Monday morning, with rapidly growing concerns about the water rising in Paris.

“When you get 80 emails, either someone has died or something is going really, really bad,” she said. “It came out of nowhere. Suddenly the Seine was rising at an astronomical level.”

Needless to say, this caught ESPN very off guard with the Seine reaching its highest level since 1982. They’re still trying to stay on the same minute-by-minute preparation timeline they had before the rains and the flooding happened, but it’s been difficult. The piece of good news is that they were able to secure a second Paris set location in a building overlooking the Arc de Triomphe, including a view of the Eiffel Tower.

“I’m really, really, really hopeful that this is a temporary solution,” Rosenfeld said. “Frankly, it is such a miracle that we were able to quickly find an alternate solution that has all the infrastructure built in.”

She’s cautiously optimistic that ESPN will return to the main set and have everything ready by about June 15 or 16, but the situation is quite literally very fluid at this point. The Seine was expected to crest at roughly 21 feet on Friday night and begin to finally recede, and subsequently ESPN would try to put the set back together. Rosenfeld said it would take three or four days for the water to recede from the set location back into the river.

“The good news was we hadn’t moved the equipment or the technical infrastructure in yet,” Rosenfeld said.

What it will mean for ESPN in the interim is a downsized level of production for at least the opening week of Euro 2016. There were plans to use a huge touch-screen on set— something Rosenfeld said really resonated well with viewers during the 2014 World Cup in Brazil— that can be used and utilized outdoors, “impervious to weather and sunlight” and built on the back of a golf cart, so it’s mobile and portable.

“The idea was going to be, we’re on the Seine and every day we would sort of move it along the Seine and have a different backdrop and still be able to provide the cool content out of it,” Rosenfeld said.

In the meantime, it will be back to more of a focus on the analysts around a desk or couch and just discussing and debating the action on the pitch.

“We’re not going to come out at the opener with all our bells and whistles, but we’re going to do the most important thing, which is providing smart studio analysis with a nice backdrop,” Rosenfeld said.

Alexander Marquardt of ABC News will be there to help on the news side and ESPN The Magazine’s Wright Thompson will be working from Paris as well, which could come in handy on the flood coverage given the masterful work he did commemorating the 10th anniversary of Hurricane Katrina.

But in the wise words of Outkast, “you can plan a pretty picnic, but you can’t predict the weather.” For ESPN, they were lucky to have put together a backup plan with just six days before Euro 2016 officially kicks off.