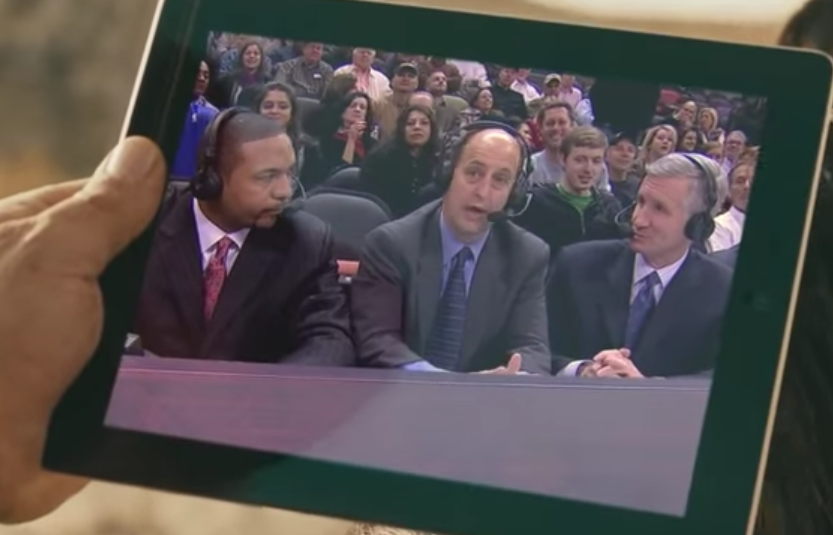 Update: We’ve been informed that TBS rolled out their score bug earlier this season. We regret the sin of missing that rollout on their Sunday game coverage earlier this year.

Yesterday, both TBS and ESPN rolled out new score bugs. For those unfamiliar with that term, score bugs are the on screen graphics that show game information. Below a look at TBS’s new MLB version with the former version below it (note- the right side of the top bar was a stats extension and not part of the bug). 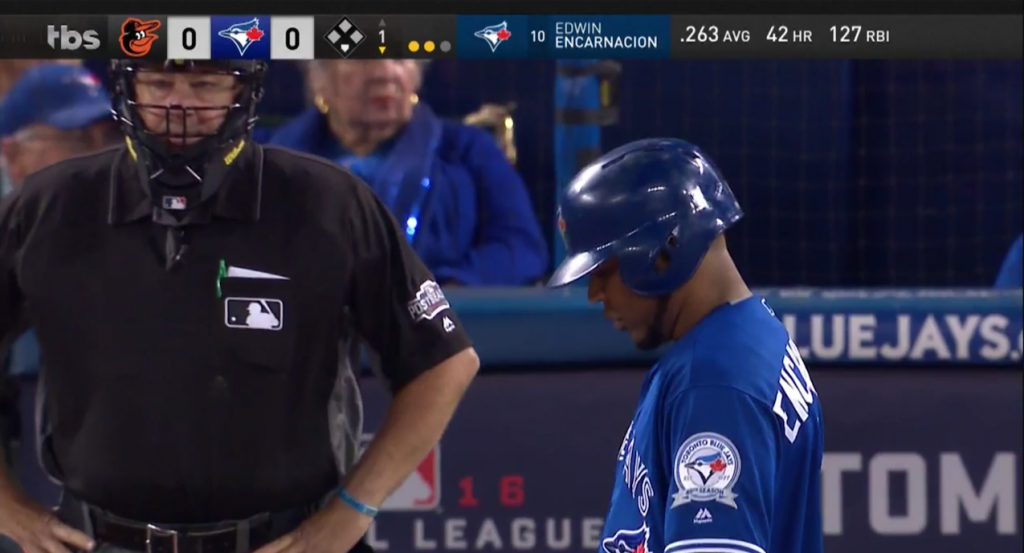 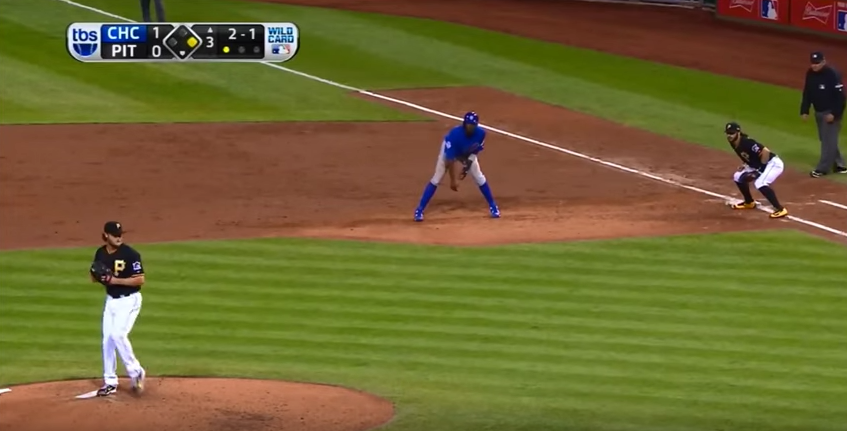 For those wondering what ESPN’s MLB version looks like, a look at that as well. 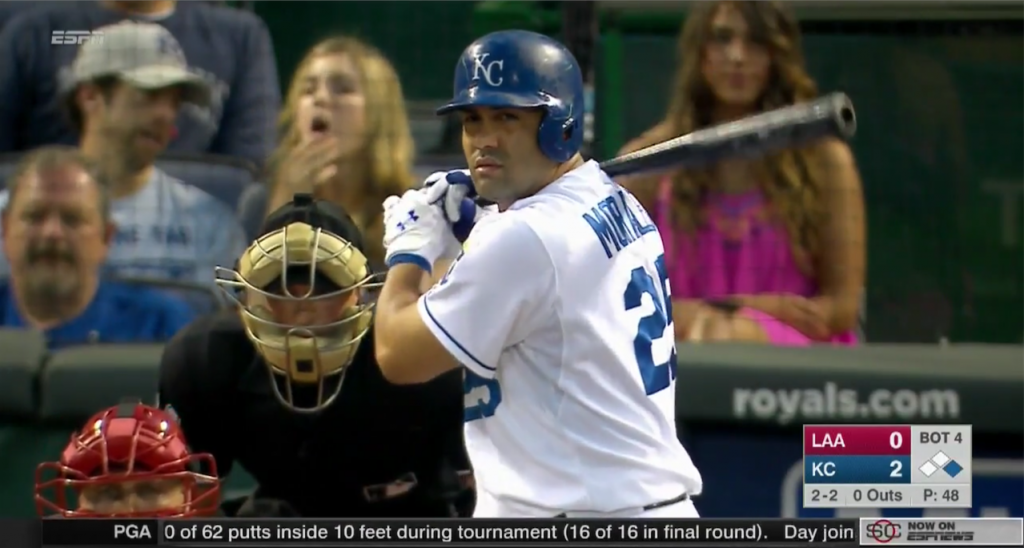 Speaking of ESPN, here is what they’ll be using for this upcoming NBA season with the former version below it. 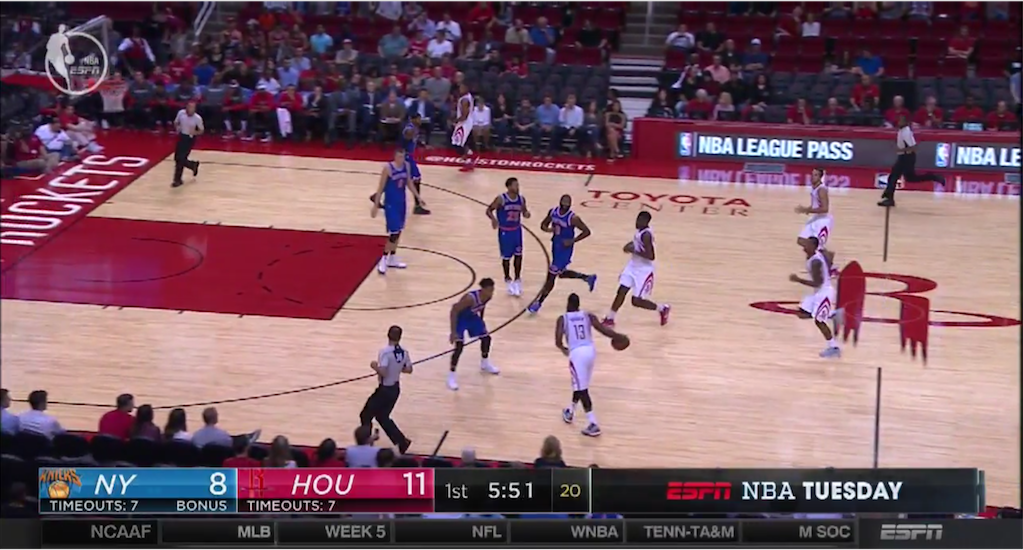 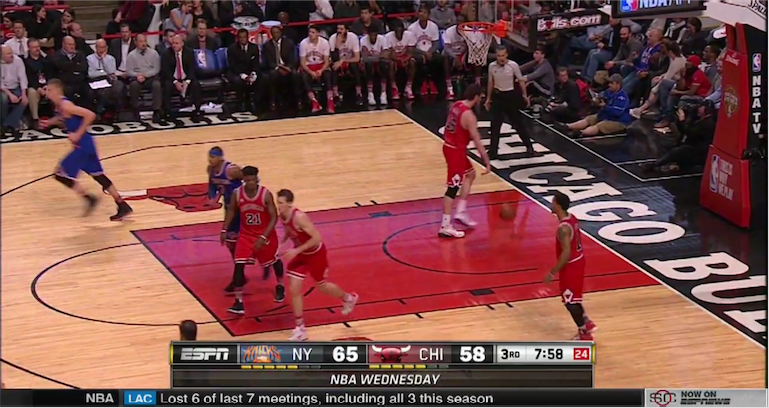 If you’re curious here is what the TNT version looks like as well as what ESPN uses for college basketball. 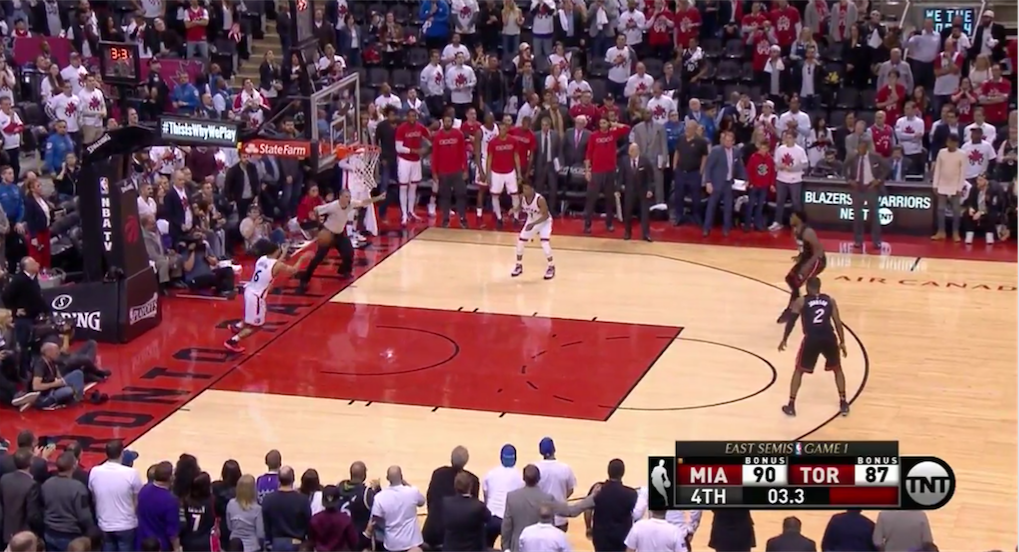 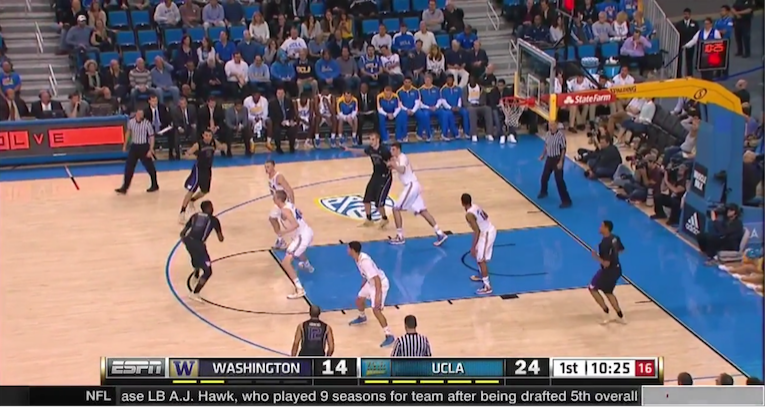 If you look at the bugs that debuted yesterday, you’ll notice they share one thing in common. They are both MUCH bigger than what was used last year as well what other networks use broadcasting the same sport.

As we mulled these changes on Twitter last night (the majority of folks seemed to dislike both), some theories emerged as to why both networks made a pretty big change to their visual presentation to fans.

What seemed the most logical is the rise of streaming sports on computers, tablets, and phones maybe leading this change as growing audience is not watching these games on 40 inch plus high definition TV’s.

Another theory that was floated was that old people also needed the bigger score bugs as their eye sight is declining. This makes some sense as well as the baby boomer generation is reaching an age where their eye sight is deteriorating. With that said, the concept of old folks having bad eye sight isn’t exactly a new thing. Additionally, the past decade we’ve seen the rise of HD and larger televisions so if anything this is a problem that was already getting some relief.

My bet is that the streaming theory is the leading factor for these changes with the eye sight issue being a secondary factor. I also have to imagine some research shows that the larger bugs help retain viewers as the large in your face dump of info may keep people a little more focused on in game details and less likely to look up stuff on their phone or having them click to another channel.

As for the bugs themselves……

I just don’t think we’re ready for a bar across the top. The smaller boxes worked well enough. I don’t think many regional channels do this so it’s just a lot to adjust to. While the bar is only the left side when not showing stats, it’s a much larger percentage of the screen that’s covered up and while you’re not going to miss much going on in the background, the ~2x jump in screen space taken away (as well as the black border on top) is rather annoying.

Many channels do use bars and there is some divide between top vs. bottom. Maybe it’s me but I think bottom would be better for this chunky bug if they had to keep it. Either way, I’m not a fan.

This bug is just as beefy as the TBS bug but it bothers me less because it’s on the bottom. Combined with ESPN’s Bottom Line ticker, that’s a whole lot of screen real estate taken up.

The two comments that stood out about the NBA bug was that people HATED the italic font used for the team names. More insane was “ESPN NBA Tuesday” really extends the amount of space taken up and really gives you nothing of interest. Yes, I know I’m watching the NBA on ESPN and what day of the week it is, but thanks for that information. I mean, if you get rid of that and center the rest of the bug, you may have something pretty good there with the larger fonts for everything else and the timeouts not being yellow dots.

As I said in my Fox NFL score bug article last week, yes this is some really nerdy nit picky stuff but then again we live in an age where you’ll lose your mind for a few weeks when you update your phone and something small changes.

Ultimately the best solution is none of the above and something I imagine will never come to fruition.

Regarding the new score bugs that people aren’t fond of- wouldn’t it be cool if you could adjust placement and size like picture in picture?

This and the ability to run updated tickers on old DVR content so you are not looking at old information are my two “would be cool but will never happen” list of advancements in sports tech. Both are certainly feasible but would require hardware makers working with cable/sat companies as well as the networks themselves. That’s just not a pressing priority so until then –

THESE ARE YOUR LARGE SCORE BUGS AND YOU BETTER LIKE THEM!