A few years ago, I wrote about Fox changing their NFL score bug (for those not familiar with that term, it’s the on screen graphic showing game info). I remember being shocked how many people read as well as commented on it. From time to time, the article still sees a spike in traffic with yesterday being a good example, as our tweet to the article made it the second most read article on the site.

With that mind, let’s take a look at Fox’s newest version (this would be way more exciting if I could make this image below into some curtain revealing GIF).

What’s the change (if you somehow already forgot the headline of this article)? Below is the version the past two seasons and used earlier this season.

So yeah, I’m writing (and you’re reading) an article because Fox now has team records in between the city and the score part of the bug. Someone has to do it!

On Twitter, most of the feedback we got at first was negative. But when we set up a poll, those who disapproved was the least picked option and that’s with a very solid sample size of over 2,500 votes.

How do you feel about Fox's new NFL score bug (including of team's records now included)?

I could go either way. In college football and basketball, you put the team’s ranking on the scorebug. That allows viewers to grasp right away “Hey! We got a big game here!”. That said, that number is always next to the name of the college and not really adding any additional space to the bug itself.

Thinking about this, it would be interesting to poll viewers watching a game of how many of them know the records of each team. I’m a pretty plugged in NFL football fan but come Week 11, I don’t think I’d be able to tell you the exact records of each game I watch. I generally know about how well they are doing and in some cases that would be something like me saying “they’re 5-6 ish” or “yeah doing good right? 8-3?”

So this info is helpful, but I guess my gripe (a tiny one in the scheme of things) is do we need this info the whole game? Can’t it just be flashed from time to time? A team’s record doesn’t change. Everything else on that bug other than the team’s name themselves change. Time, down and distance, score, timeouts, and possession are all things you often look for guidance on. You rarely go “How many timeouts do we have, but more importantly, are we 6-3 or 5-4? I forgot from 90 seconds ago.”

The added real estate (which is like the smallest fraction of the screen’s size) is nominal but to some degree you keep adding stuff up there, it becomes less clean to look at and interpret. Don’t roll your eyes at me when you know the subtlest change to your iPhone’s operating system can ruin your week.

If anything, I’d be more interested in knowing the personnel on the field as teams are always bringing in different packages of players (four WR, 2 TE, etc) and that often goes unnoticed. There isn’t a real easy way to show that in a small scorebug, but I’m often wondering that opposed to going mid-game “well this game is decent, I WONDER what these team’s records are?”

And if you’re curious what Fox did in year’s past, I’m just going to copy and paste what I wrote a few years ago because I see no need to put a fresh coat of paint on all that #evergreencontent. 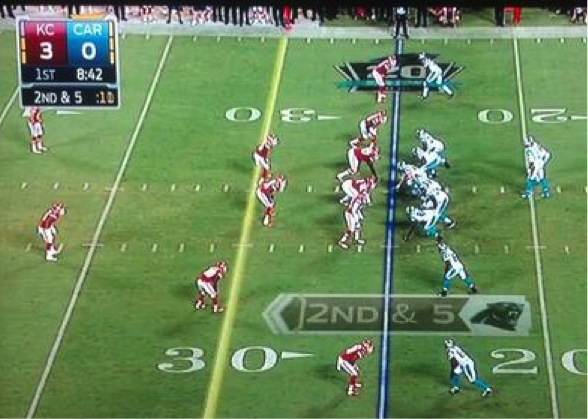 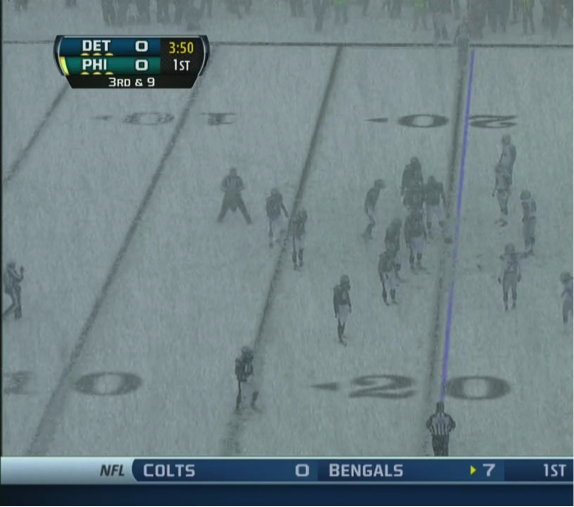 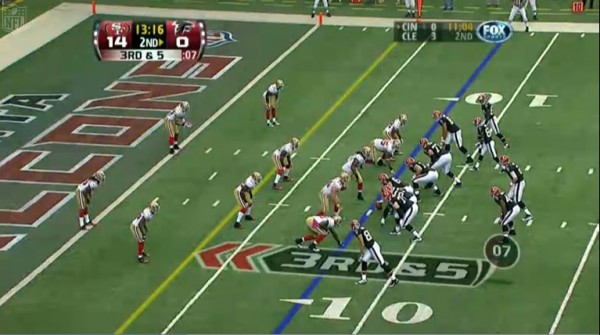 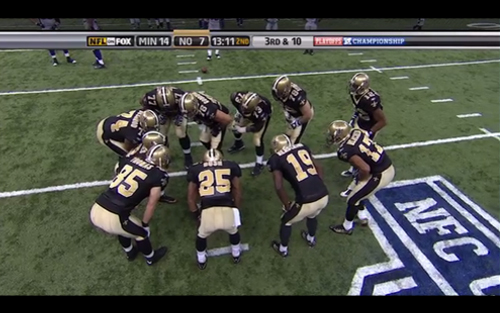 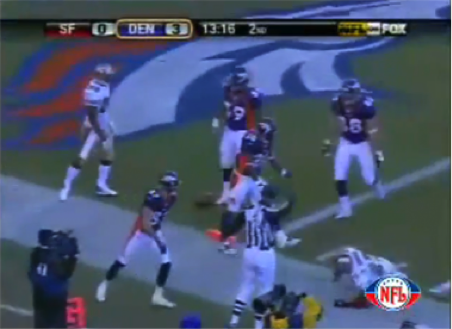 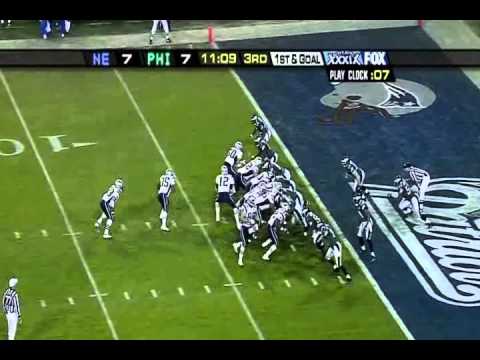 2003. This game didn’t go to overtime because of a missed extra point. I love football. 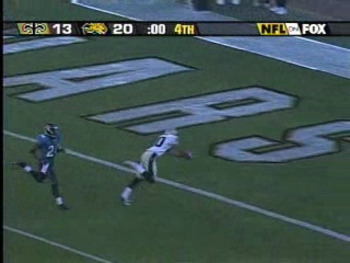 In 2000, the FOX logo was nearly as big as the score, which you might need a magnifying glass to see. 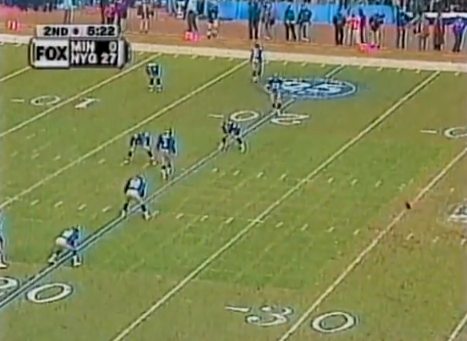 And then we have 1994, FOX’s first year with the NFL. Up until this, no network partner had a continuous score graphic on screen. 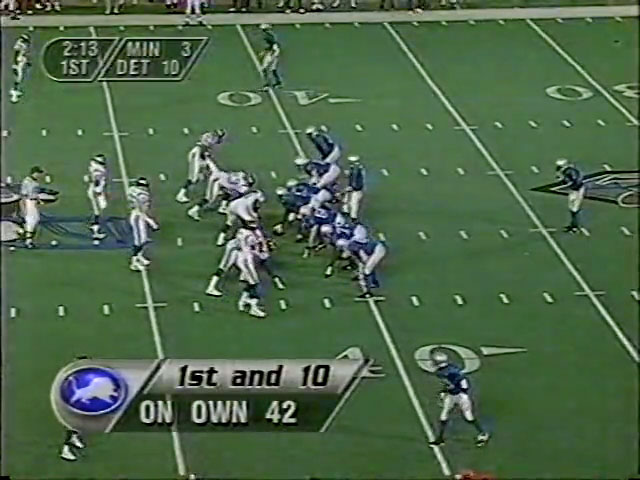 Looking at these for way too long, I’m a fan of the 2012 version. Team logos, timeouts, play-clock, down and distance, possession arrow,  and pretty much everything you could want. Plus, it’s a little softer on the eyes than the past few versions. I’m glad the days of the bar across the top are gone.

My only request is that they should totally have some type of indicators on if the winning team is covering the spread and how many points until the game reaches the over/under.