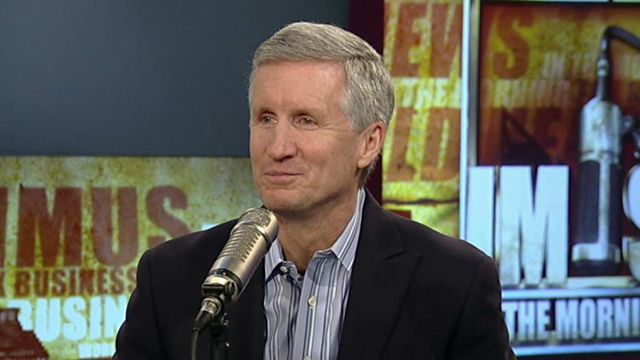 At the risk of sounding repetitive, we’ll say this once again – ESPN broadcaster Mike Breen is the most underrated lead announcer in all of sports.  He doesn’t quite have the longevity of someone like Al Michaels or Jim Nantz, he doesn’t call multiple sports like Mike Tirico or Chris Fowler, and he isn’t as polarizing as someone like Joe Buck.  For more than a decade though, Breen has been the soundtrack through an era of the NBA led by Tim Duncan, LeBron James, and now Steph Curry.

And it will stay that way for the next superstar to burst onto the scene because Breen and ESPN have agreed to a new long-term contract.

“Mike is a second-to-none talent whose passion for storytelling, depth of basketball knowledge and distinctive style is a difference-maker for ESPN. His class and professionalism has earned him the universal respect of his peers and has made him synonymous with the NBA Finals. Mike’s excellence makes his team better and enhances the overall quality of our NBA coverage. We couldn’t be happier that Mike will continue his incredible run with ESPN for many years to come.”

In his new deal, Breen will continue to serve as the play-caller for the NBA Finals on ABC, the Conference Finals on ESPN, plus a premier package of NBA regular-season games, including NBA Saturday Primetime on ABC, and marquee playoff games.

Breen said the following about the new contract:

“With all due respect to Mr. Gehrig, I think I’m the luckiest man on the face of the earth. To be able to work for ESPN with so many talented people, and broadcast the game I have loved since I was a boy, it really is a dream come true. I feel truly blessed that ESPN has put their trust in me to broadcast the NBA, including the NBA Finals. I am fortunate to be a part of an amazing broadcast and production team with Jeff, Mark, Doris and many more, and I can’t wait for the 2016 NBA Finals to start.”

ESPN has NBA rights until the 2024-25 season and with Breen just 55 years old, there’s every chance he could see out the remaining years of the current rights cycle.  It’s hard to believe that this is his 11th year calling the NBA Finals for ESPN/ABC after an uneven first few years that included Brad Nessler and Al Michaels being the network’s lead play-by-play men.

Breen is very deserving of the extension and although he may not get the publicity of other lead announcers across sports, he’s certainly one of the best there is working today.  And with so many of ESPN’s top announcers and personalities leaving the network (like Tirico and Nessler mentioned above), re-signing Breen brings some much needed good news.