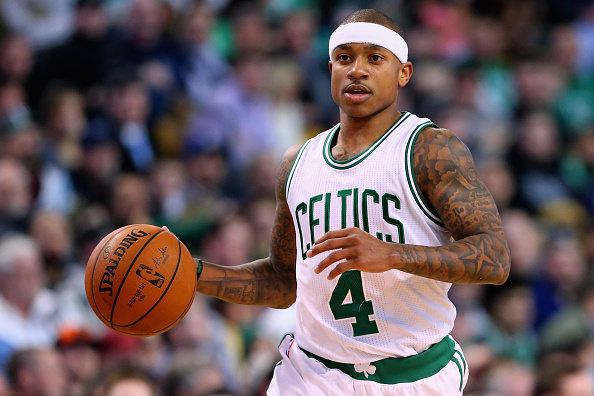 This year, ESPN has the honor (misfortune?) of carrying the NBA Eastern Conference Finals. It will have the LeBron James-led Cleveland Cavaliers taking on either his former team, the Miami Heat or the Toronto Raptors. It all depends on today’s Game 7 of the Eastern Conference Semifinal in Toronto.

And while TNT will carry the more attractive Western Conference Finals between defending champions Golden State and Oklahoma City, ESPN will do its best with the ECF. As usual, it’ll have its top announcing team of Mike Breen, Jeff Van Gundy, Mark Jackson and Doris Burke assigned to the games. And in the studio, Sage Steele leads the NBA Countdown team of Doug Collins and Jalen Rose. To help out with a comtemporary voice, ESPN brings in Boston Celtics guard Isaiah Thomas as a guest analyst on Countdown for Games 3 and 4. Thomas will be seen during the pregame and halftime coverage of both games. Should the series be extended past four games, we’ll see if Thomas returns for the rest of the series or if ESPN brings in another guest analyst.

Here’s the schedule for the Eastern Conference Finals on ESPN. There will be no games on ABC. All times are Eastern:

ESPN Radio will carry both Conference Finals. Marc Kestecher and Jon Barry are assigned to the East while Kevin Calabro and Hubie Brown will be in the West.

Even if the ratings for the Eastern Conference Finals aren’t to snuff, ESPN can rest assured that it will have the NBA Finals on ABC.