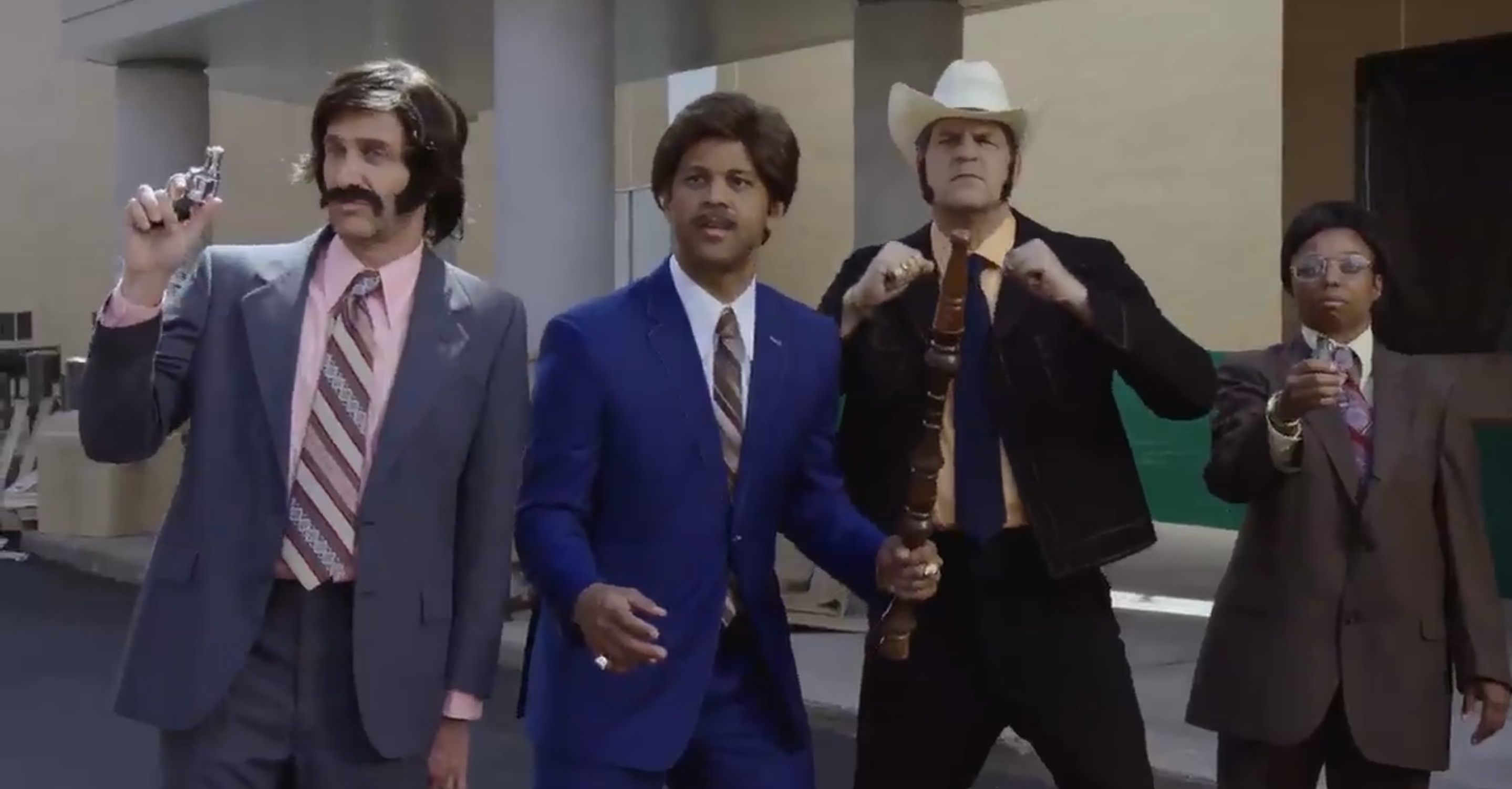 What happens when His & Hers and Mike & Mike meet NFL Live, SportsCenter, E: 60 and Nación ESPN in a back alley with a revolver, a trident and a hand grenade?

On Tuesday, ESPN aired a seven-and-a-half-minute “Anchorman” spoof featuring hosts of various programs going at it over intra-company supremacy.

ICYMI: Here's the much anticipated 'Co-Anchorman' spoof you've all been waiting for pic.twitter.com/ykt341sqlK

ESPN sure went all out with this one, with costumes and props, action sequences and everything. The idea behind the spoof was presumably to promote various ESPN programs, including His & Hers and the just-announced Nación ESPN, but it was also just a lot of fun.

Highlights of the clip include Jemele Hill’s performance as Brick Tamland, Jerome Bettis’ mean mug, a joke about no one watching the morning SportsCenter and Jeremy Schapp chopping off a guy’s arm and saying, “Jeremy Schaap, ESPN.” Also, Trey Wingo could have a real future in acting—he was at least as good as Vince Vaughn in the role of antagonistic rival anchor.

But arguably the best moment comes toward the end when Michael Smith delivers a sick burn to ESPN’s rivals over at FS1: “You might want to find yourself a safe house or take a job at FS1. Lay low for a while.”

The spoof mirrors the actual “Anchorman” scene almost word for word. Here’s the original, in case you want to compare:

Glad to see they’re having fun over there in Bristol.