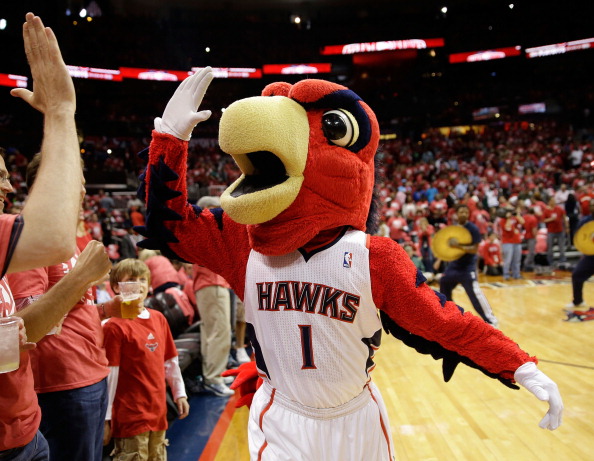 Over at Bloguin’s NBA hub, Crossover Chronicles, I’ve been slowly doling out morsels of analysis (and numerical breakdowns) on the various nuances in the new NBA schedule.

The key components in this and every modern-day NBA schedule are the ones which receive the most attention: back-to-backs and “4-in-5s” (four games in five nights). Tucked inside those two general categories are the amount of miles teams have to travel; day games on weekends or a lack thereof; extended individual road trips; and other items one can readily think of.

All these pieces form the larger puzzle of the NBA schedule, a labyrinth made ever more complex due to the fact that the two conferences, East and West, must have all their teams play 30 games against the other conference each season. This demands long road trips, and it doesn’t even touch on the other realities of competing bookings for arenas and the desires of broadcasters who shelled out good money to get the best matchups. The NBA schedule will never be perfect; in a good year, it will reduce problems as opposed to eliminating them, and that’s what has happened this year.

About that last point: Since the NBA schedule will never be perfect, the television component of the schedule requires elasticity if viewers are going to get the best possible product over the course of the whole season.

Last season, the Los Angeles Lakers were booked for such a large number of national television appearances — a number of them in the back end of the season schedule — that viewers were saddled with a number of duds after the NFL season ended. More American sports fans wanted to see the very best the NBA had to offer in late February and all of March, but they were sometimes deprived. With the Lakers still getting 19 national television appearances this season — perhaps because of a felt sense that this could be Kobe Bryant’s last go-round — it has to be asked: Have certain aspects of the NBA schedule changed in order to accommodate and feature more flexibility in late-season broadcasts?

The answer, to the great relief of pro basketball fans, is yes.

A fundamental source of this flexibility is the fact that TNT and ESPN/ABC have relinquished timeslot exclusivity for Thursday night (TNT) and the new Saturday night (ABC) packages, respectively.

With hardly any games going up against TNT’s Thursday doubleheaders in past years (one at the most, frequently none), the NBA schedule almost every Thursday was conspicuously light. This meant that almost the whole league had to play on Friday. The inability to load up games on Thursday demanded tons of back-to-backs on Friday and Saturday. This season, you’ll still see a lot of those, but not nearly as many as before.

Thanks to increased numbers of games on Thursdays, fans who will buy tickets for Saturday games this season will — in many cases — see teams coming off rest days on Fridays instead of front ends of back-to-backs. They should accordingly see better basketball, and they should also see stars playing more games and minutes (especially older stars, cough, San Antonio Spurs, cough).

The other component of more games on Thursdays is that if we have a situation akin to last season — when Golden State at Atlanta (which was on a Friday, but that doesn’t change the larger point) unexpectedly became a showcase event — TNT will have a better chance of picking up that game with their flex capabilities.

On Thursday, March 3, Phoenix at Miami is not a nationally televised game. However, what if the Heat — with their new-look starting five (Chris Bosh possibly playing a full season alongside Goran Dragic, D-Wade, and Hassan Whiteside) — become a top-three team in the East? What if Phoenix sneaks into the seventh playoff spot in the West, while fellow playoff contender New Orleans watches Anthony Davis get injured? TNT would have the ability to pick up that game, in the event that its scheduled Spurs-Pelicans early game (8 Eastern that night) becomes a less attractive option.

Yes, the NBA is a league in which top-two seeds almost always win the championship. However, who thought that Golden State and Atlanta would be top-two seeds in last year’s playoffs? What’s going to happen this season? We don’t know about that. We do know, however, that flex plans for TNT and ESPN/ABC give the NBA and its fans a big win on multiple levels.