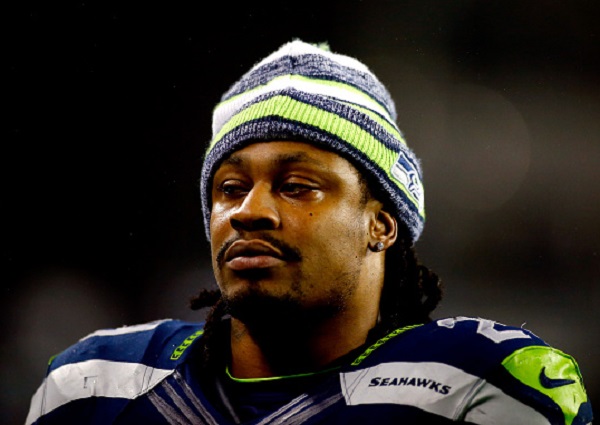 Did you know that a biopic about Seattle Seahawks running back Marshawn Lynch had been made? If you didn’t, it’s all right. And maybe it’s best just to forget about it, because no one is ever going to see the movie.

Family First: The Marshawn Lynch Story was supposed to chronicle the football player’s journey from growing up in Oakland to becoming the best running back in the NFL. The problem is that the movie, directed by Mario Bobino, isn’t very good. Actually, Lynch’s agent framed Bobino’s work in much  harsher words.

“He did a terrible job, and the film will never be released,” Doug Hendrickson said to Rolling Stone‘s Kenneth Arthur.

Wow, can the movie possibly be that bad? Well, judge for yourself by watching the trailer, which might feel like the longest four minutes of your life.

Bobino apparently dropped that trailer online in February without Lynch’s knowledge or permission, and it was quickly taken down from YouTube. Fortunately (or unfortunately, really), it’s available elsewhere.

Consider that a trailer is supposed to generate interest for a movie and show some of its best parts. That was just a cobbled together mishmash of scenes with no context as to their importance or place in the story. It’s not even clear who Lynch is supposed to be when younger football players are shown. Only when Lynch himself shows up is there any indication that this movie has something to do with him. But what that is, exactly, isn’t very clear.

And I don’t think you even need to have taken a film class to see that Bobino’s direction is terrible. It’s like he has no idea where to place the camera or how to move it. The plain, stationary scenes are straight out of the worst TV movies. That might be an insult to TV movies. Look at how every football scene is in tight on the players, trying to obscure the fact that the production couldn’t fill the stands with people — or even the sidelines, for that matter. 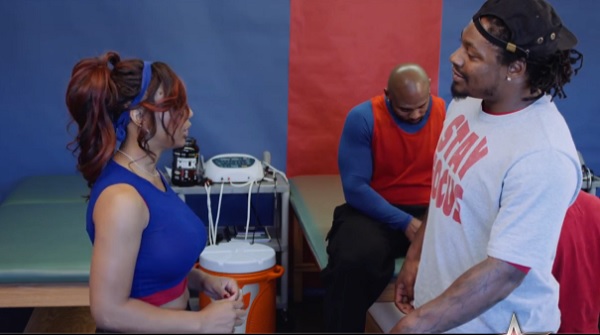 We only had to watch four minutes of footage. Lynch, his agent and maybe others close to him presumably watched the whole thing and decided Family First was so awful that it needs to be buried. And since he holds the rights to the film, Lynch is the final word on the matter. The running back and director are no longer speaking to each other as a result.

Bobino is trying his best to have his own last word, however. After Lynch’s $100,000 investment in the project was tapped out, the filmmaker says he dipped into his retirement savings for an extra $18,000 to add to the film’s budget. Additionally, he went back to his job as a juvenile probation officer so that he could pay the crew that worked on the movie. To recoup his money and reputation, Bobino intends to write a script about the difficulties with making the movie and what occurred after releasing the trailer.

That doesn’t exactly sound like a compelling movie in the making. But could it possibly be worse than Family First apparently is?