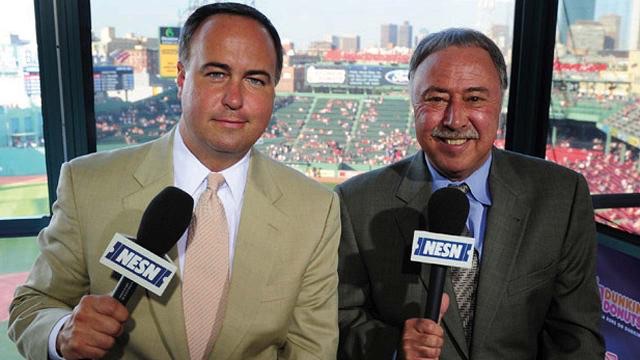 A petition started by a Red Sox fan pleading with John Henry, NESN, and the Fenway Sports Group to keep play-by-play announcer Don Orsillo at NESN has eclipsed 50,000 signatures in less than a week.

Here’s the wording of the petition, started by Red Sox fan Dave Ramsey.

Don Orsillo has been the premier voice of the Boston Red Sox since 2001. He has been there for all three championships, but he has also been there for the down years (very down recently). One may say he is the only one, alongside Jerry Remy, that has been able to make this years Sox games watchable.

It is speculated that Orsillo’s contract with NESN and the Red Sox is to be terminated following the 2015 season. Rumor has it that the reason for the separation is due to low ratings, even though we all know why the ratings are so low…. The performance ON the field, not up in the booth.

So please, Red Sox fans, non-fans, or fans of Don Orsillo, PLEASE sign this petition and try and do your part in keeping The Donatangelo around just a little longer. Baseball won’t be the same without him.

The petition likely won’t have much of an effect on NESN, as the Boston Globe’s Chad Finn noted in a column last week.

I wish I could tell you that petition might work. But it won’t. NESN hunkered down in the bunker and let the noise pass overhead. They know how to wait this out.

Some of you have said in your correspondence here that you’ll never watch another game, or that you’ll cancel NESN. You probably even mean it right now. But the Red Sox are a habit, that companion and friend. Long-term resistance will not be sustainable, I am afraid.

You won’t forget about Orsillo. But your outrage will fade.

The petition is a worthy concept, but Finn’s opinion is correct – once (if?) the Red Sox start winning again in 2016, their plummeting ratings on NESN will rise, and no one will care who’s calling the game, whether it’s Orsillo or Dave O’Brien.

But for now, the team is bad, and the fans are justifiably pissed off. If the Red Sox were good and NESN made this move, would the outrage over Orsillo’s departure be as great? I somehow doubt it, but that’s probably the inner cynic in me coming out.