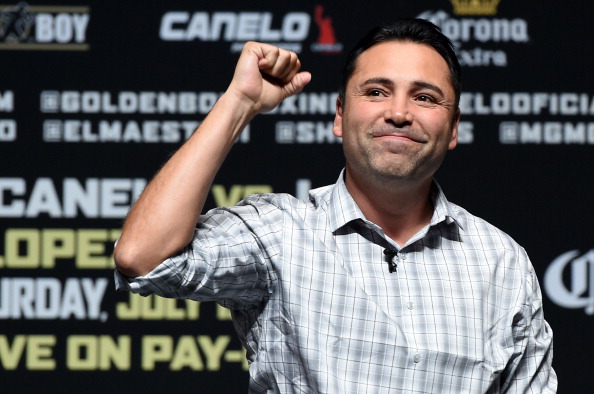 Oscar De La Hoya is rolling out his own cable network, continuing down the trail started by Oprah Winfrey (among others). De La Hoya TV is billing itself as “the premiere authority on boxing and other combat sports” and will launch in the spring.

The network will initially launch as a free VOD service, but will eventually become a standard, subscriber-based network. De La Hoya is partnering with DSI by Inverleigh, which will initially supply 500 hours of programming for the channel. Of course, not all of this programming is boxing-based – some of the DSI content includes Total Combat, The Football Review, Sports Confidential, and The Secret Lives of Sport.

Details past those few facts are slim. Because of the network’s start as a VOD service, I highly doubt there will be live fights from the jump. If the pre-produced content the network already has together really lacks much appeal, it’s going to be hard for De La Hoya TV to get much traction. Similarly, if the content is seemingly generic sports content and not boxing/combat sports related, there isn’t much of a hook for the boxing fan who appreciates De La Hoya to jump on board.