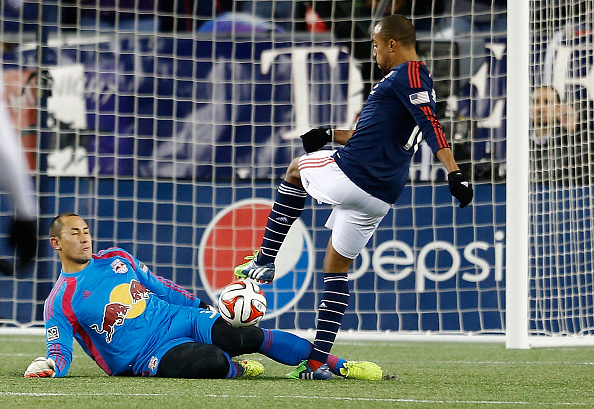 In seven days, the new MLS season is supposed to begin with a matchup between the LA Galaxy and Chicago Fire.  Two days later, the league will embark on their first tripleheader across two networks.  MLS’s two newest franchises, New York City FC and Orlando City SC, will be showcased to the nation on ESPN2 on a Sunday afternoon.  That game will be followed by a doubleheader on Fox Sports 1 featuring Sporting KC vs the Red Bulls and Seattle vs New England.  The three games begin the landmark 20th season for MLS and the first season of the new rights deal with ESPN and Fox Sports worth $600 million.

The key words there are “supposed to” because of the possibility of a work stoppage.

Throughout the entire offseason, the dark clouds of a labor dispute have been well and truly looming over the domestic league.  And true to form for MLS, it’s going right down to the wire.  Even a week before the season begins, nobody really knows for sure whether or not MLS will take the field for the first weekend.  Judging by these two quotes from top MLS players, fans have every right to be skittish about the new season beginning on time.

“I think at this point a strike is imminent if we don’t get what we want. And that’s kind of where we stand.” – Brad Evans, Seattle Sounders

“Should we get to a point before the season where things and negotiations aren’t where they should be, we are ready to strike,” Bradley said. “And we are united as a group to make real progress in terms of the way players get treated in this league.” – Michael Bradley, Toronto FC

Given the single-entity structure of MLS and the players’ wishes for free agency, the labor conflict is about as complicated as any in recent American sports history.  Aside from designated players and top stars, MLS salaries are low.  Players’ rights to move between teams, even coming back to the league, are notoriously restricted.  If there is a silver lining here, this labor dispute can not be labeled as “millionaires vs billionaires” and given how the rights and salaries of MLS players are nowhere near their counterparts in US pro sports, the public goodwill will likely be on their side.

And that’s not to mention all the hijinks behind the scenes with nobody seemingly knowing the exact rules on acquiring players thanks to blind draws, DP rules and stacked rosters in mega markets, allocation orders, and who knows what else.  But that fiscally conservative (and even secretive) approach over the years has ensured that MLS has sustained growth.  Attendance has never been better.  The league has expanded to 20 teams.  And they just signed by far the biggest rights deal in league history for American television and now even Sky Sports in the UK will air MLS games.

And that last point is why it’s so pivotal for MLS to get this situation sorted out in the next week.

This season represents a major inflection point in the history of Major League Soccer thanks to their television situation.  In 2015, the league will receive five times the television rights fees ($90 million) that they received in 2014 ($18 million).  That extra $72 million divided among 20 teams means a huge boost in revenue.  It also means more money for players and most importantly (and hopefully), better players coming to MLS.  Better players means a better product which hopefully means more fans and more television viewers.  More fans and more viewers hopefully means more revenue, etc.  While 2022 might be a little ambitious for MLS to become a Top 5 league around the globe, the journey to that goal begins this year thanks in large part to the new television deal.

But it’s not just about money.  Finally in 2015, the league will have regular broadcast windows with a doubleheader scheduled for Sunday afternoons on ESPN2 and Fox Sports 1 at 5 PM ET and 7 PM ET.  Instead of trying to guess when you might see an MLS game, there will finally be some consistency.  Additionally, now with two major networks supporting MLS, the investment in the domestic league has never been higher and networks have a much bigger stake in the league becoming more of a success.  Less than a million viewers for the MLS Cup Final should no longer be acceptable with these kinds of dollars being spent

With all this hope and optimism surrounding the league’s television situation, a lengthy work stoppage would be just about the worst thing that could happen to begin this new era.  All the offseason momentum would be gone.  Hope and optimism would be replaced by doubt and skepticism.  It’d be very easy for MLS to just get lost in the shuffle once again, especially if the dispute takes away a good chunk of the 2015 season or more.  And it’s not like American soccer fans don’t have other options to get their fill – the Premier League, Champions League, Europa League, La Liga, Serie A, Liga MX, and Bundesliga either are or will be at our fingertips within the next calendar year.  If the NFL disappears from the sporting landscape, fans can’t go anywhere else to watch pro football.  Not so with soccer.  MLS should be cognizant of that reality.

The league’s 20th season is supposed to be a turning point for the league for the good.  Let’s hope it doesn’t end up turning into one for the bad.