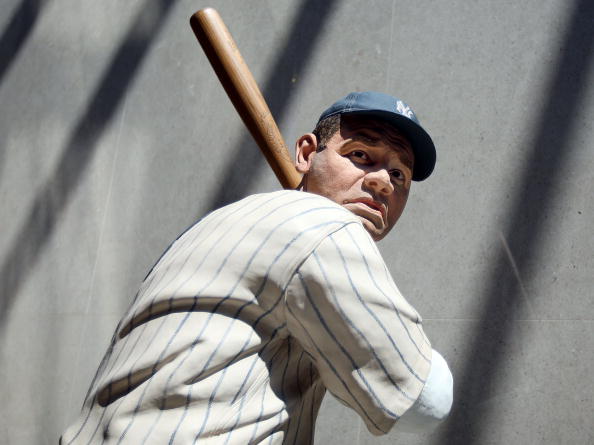 MLB will developing a miniseries based on the life of Babe Ruth, according to The Hollywood Reporter. There have been plenty of Ruth features throughout the years, but none in recent years with MLB throwing their weight behind the project. Allen Coulter will be the director and executive producer.

MLB regularly has advised on baseball-centric Hollywood films, including 42, Moneyball, Million Dollar Arm and Clint Eastwood’s Trouble With the Curve, but the Ruth mini is the first scripted project generated internally. Executives are looking to Coulter (The Sopranos, Terence Winter and Martin Scorsese’s upcoming HBO rock drama Vinyl) to round out the dramatic scope of Ruth’s biography — including his lavish personal life and little-known details — in a way that also will appeal to non-sports fans.

I’m cautiously optimistic about this. Of the four films mentioned in the blurb quoted above, the only one that was actively “not good” was Trouble with the Curve…and that was an entirely original story with very little basis in reality. There is plenty of material to work with in a Ruth miniseries, from his heroics on the field to his turbulent, eventful life off the field.

Too many Ruth features over the years have been whitewashed, depicting him as a flawless baseball superhero. Given what we’ve seen from other features more recently (especially 42), I wouldn’t expect the miniseries to shy away from some of the black marks on Ruth’s life and career.

Earlier this year, plans for a Roberto Clemente biopic were revealed. MLB Network launched a documentary series at the beginning of the year. Given the incredible history of the game, I wouldn’t expect this flow of baseball films, documentaries, and biopics to stop any time soon – especially if MLB is getting more involved.