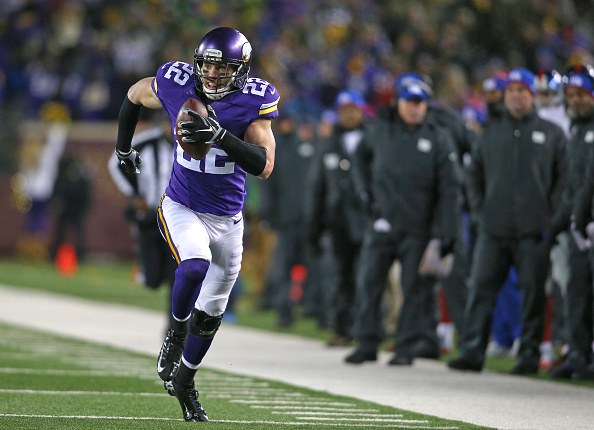 Al Michaels announced it during the third quarter of the boring New York Giants-Minnesota Vikings game during Sunday Night Football on NBC. Usually, the final Week 17 schedule is announced during halftime of SNF, but the NFL decided to draw this out and make America wait during a Vikings blowout of the G-Men.

We know that the Vikes will be back in primetime on NBC next Sunday, playing the Green Bay Packers for the NFC North Division. The rest of the times have been set. Jets-Bills which could have been a candidate for SNF will remain at 1 p.m. ET and will play at the same time as the Giants.

Oakland at Kansas City which will be for a playoff spot in the AFC will be on at 4:25 p.m. and the 49ers play out the string against the St. Louis Rams also at 4:25. So the Bay Area will also be split in the same window.

Games that have been moved from the early window to the late afternoon are Carolina-Tampa Bay and Oakland-KC. And in Week 17, both CBS and Fox have a national doubleheader so participating markets will have 5 games across the networks from 1 p.m. ET until Minnesota-Green Bay’s conclusion.

This opens up the potential for Crossflex Madness or Crossflex Chaos in Week 17 as all teams will play on Sunday. And in case you don’t know, the crossflex allows for CBS to air an occasional NFC game and Fox to air an occasional AFC game. This started in 2014, but we’re hoping that you know this, Awful Announcing Loyal Reader, but in case you didn’t, we’ve explained it to you

Here’s the schedule as it stands now. Notice asides from NBC, no network is filled in and that could be announced sometime during Monday Night Football on ESPN.

Once the schedule is finalized, we’ll add it into this post. For now, consider this your official NFL Week 17 schedule for now.

UPDATE, 12/28: The NFL has now released the final Week 17 schedule and we do have a little bit of crossflex chaos for Sunday. Some interesting moves. New York Jets-Buffalo which had been speculated as a possible crossflex to Fox will stay on CBS at 1 p.m. ET. Fox will get Baltimore at Cincinnati at that time and also Kansas at Oakland at 4:25 p.m. meaning that CBS will air the meaningless St. Louis at San Francisco game in the same window.

Here’s the final schedule as released by the National Football League:

So at least the NFL didn’t make us wait until Monday Night Football to announce the final schedule.
[NFL Communications]