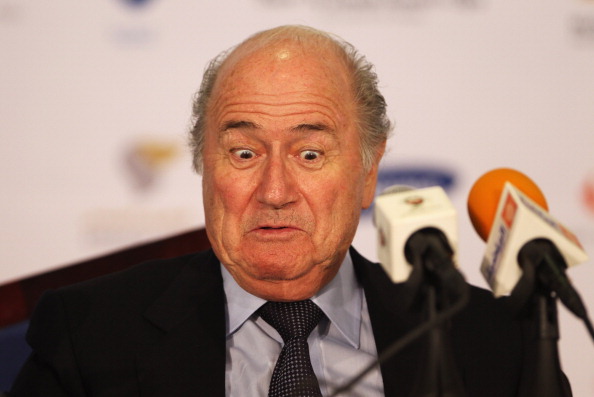 Remember how Fox Sports wasn’t very happy with the idea that the 2022 World Cup in Qatar would be moved to the fall or winter and conflict with football season?  A fall or winter World Cup in the US means more competition and likely less television viewers, especially when you factor in the time difference to Qatar.  When Fox ponied up for the 2018 and 2022 tournaments, they obviously did so under the impression they would be taking place during the summer.

The Qatar World Cup has never made any sense outside FIFA’s burgeoning pursestrings, but in order to forge ahead with the tournament it looks like they’re going to have to make some sacrifices and financial makegoods elsewhere.

How else does one explain the stunning announcement that FIFA has suddenly agreed to extend their agreement with Fox and Telemundo for American television rights through the 2026 World Cup instead of opening them up for bidding:

“These agreements guarantee wide distribution for FIFA tournaments across the US and Canada. Together, we will be able to further promote football in North America and build on the impressive interest shown by audiences in these major territories during the 2014 FIFA World Cup,” said FIFA Director of TV Niclas Ericson.

And here’s the corresponding statement from Fox Sports:

“We are truly honored that FIFA has elected to extend FOX Sports’ rights to the portfolio of FIFA events including the  FIFA World Cup™ and FIFA Women’s World Cup™ through 2026.  These events are some of the world’s most important sports competitions, and it is our privilege to be entrusted with these rights in the United States.  We’re looking forward to the kick-off of FIFA Women’s World Cup 2015™ in June with great anticipation.”

If you look at this announcement in a vacuum, it makes zero sense, even coming from FIFA.  Why in the world would FIFA agree to an extension now, 11 years before the 2026 World Cup and several years before we know where the tournament is even going to be played?  Imagine the bidding war that would develop stateside if the USA somehow won the rights to host the 2026 World Cup.  (And North America is a likely destination with Europe and Asia not able to bid as hosts of 2018 and 2022.)  The rights fees would be astronomical.  It’d be enough money for Sepp Blatter to probably buy another private island.

But of course, not even FIFA isn’t that dense, especially when it comes to money matters.  It’s obvious that there’s more at play here and FIFA isn’t in a charitable mood.  You think a soulless organization with enough greed to make Scrooge look like Mother Teresa is just handing out lucrative rights deals for pennies on the dollar?  Please.

FIFA knows that Fox is rightly furious about the Qatari disaster.  So what better way to provide a make good than to just give them an extra tournament?  Let’s be real for a second, the American television situation is a small pittance compared to what’s really wrong with the Qatar World Cup and the human rights violations threatening workers in the country.  Factor in the temperatures and what moving the tournament would do to the world soccer calendar and it’s a shambolic mess.  And this is just one of the smaller ones that FIFA is going to have to clean up.

Right now in Bristol there’s steam shooting out of John Skipper’s ears, as there likely is for every other sports network executive that would be interested in 2026 World Cup rights.  ESPN, NBC, beIN, and everyone else competing for soccer rights have just been told they have to wait another four years before getting the chance to televise the world’s biggest sporting event.

For Fox, they have to be as ecstatic as Ray Hudson watching a Lionel Messi slaloming run towards goal.  But make no mistake – it also heaps extra pressure on Fox to deliver high quality World Cup coverage and connect with international soccer fans in a way that they haven’t been able to do just yet.  Because this is a relationship is now one that’s long-term.