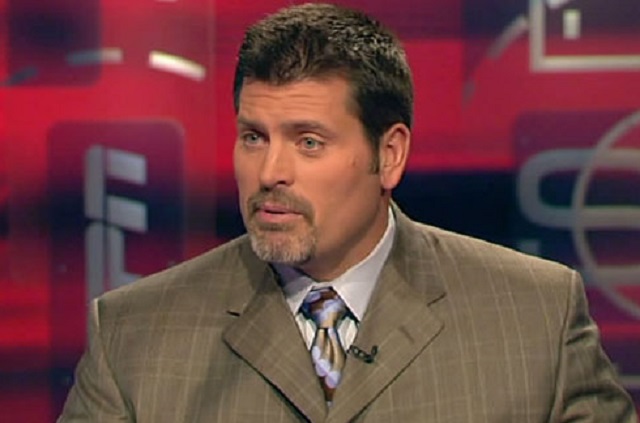 The financial partnership between the NFL and ESPN has called into question just how critical the network’s personalities can be toward the league in recent years. Those doubts may have become even greater with commentators like Bill Simmons and Keith Olbermann publicly criticizing NFL commissioner Roger Goodell, issues that led to both eventually parting with ESPN.

But analysts are supposed to call it as they see it, being critical when necessary. Fans and viewers certainly expect some level of candor, as do network executives. As long as the assessments are fair — or have the appearance of fairness — critical commentary is what we want from those hired to lend insight into the sports they cover.

So when Mark Schlereth says the NFL is “full of crap” in regards to player safety, that’s a notable comment. It comes from the view of a former player who has experience in dealing with these issues on and off the field, with team personnel and the league itself. Had Schlereth said this on the ESPN airwaves, it surely would have drawn some attention. Yet this may be the first time you’re reading about it, because the former Broncos offensive lineman made these remarks on a St. Louis sports talk radio station.

On CBS Radio 920’s “Afternoon Drive” with Pat Imig and Joe Roderick, Schlereth said the following in response to the Rams’ handling of quarterback Case Keenum after suffering a concussion:

“For Jeff Fisher to say ‘Hey, I was in game-management mode’ that’s an absolute bold-face lie. It’s ludicrous.

And the NFL does nothing?

When the NFL tells me that safety is their number one concern, they’re full of crap. I don’t believe a thing they say. It bothers the hell out of me.”

Schlereth wasn’t done either, comparing how the NFL invested significant resources into the DeflateGate investigation versus taking little action toward how the Rams acted toward a player who had suffered a traumatic head injury.

But the ESPN analyst was also critical of the NFL Players Association, taking the union to task for not doing more to protect its labor force when the league fails to. As he put it, why should players pay fines from the NFL when the league doesn’t penalize teams for not following rules and protocol for injured athletes?

Coming out so strongly and candidly against the league he played in and covers for ESPN is something we don’t see enough of these days. It’s just too bad Schlereth didn’t say this on the network’s TV or radio programming, where it might have received even more attention. Perhaps he’ll have the opportunity to repeat or follow up on these remarks on ESPN in the future. Giving him that forum would make for compelling television.