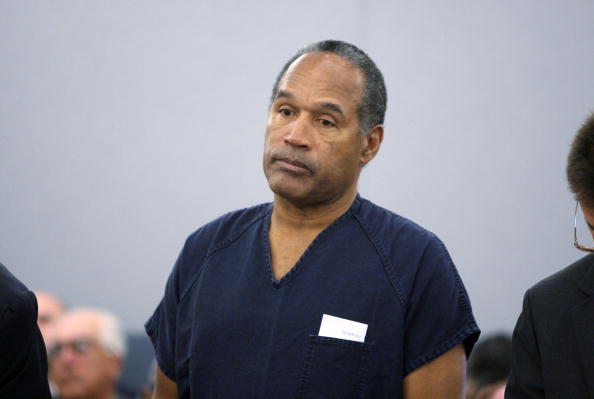 It’s hard to believe that in the twenty years since the original O.J. Simpson murder trial, that the former Heisman Trophy winner and Buffalo Bills running back hasn’t been the subject of his own HBO or 30 for 30 sports documentary. Various news networks and divisions have produced their own films and specials on Simpson, but those mainly focused on the the murder and civil wrongful death trials.

30 for 30’s June 17th, 1994 broached the day the O.J. Simpson case exploded with the now-infamous Ford Bronco chase surrounding several sporting events including the FIFA World Cup and Game 5 of the NBA Finals between the New York Knicks and Houston Rockets, but it didn’t go beyond that.

It appears that the 30 for 30 brand is ready to broach Simpson’s football career and his fall from grace in one mega documentary. The Buffalo News says the cat was let out of the bag last week on of all places, Dan Le Batard’s radio show. Le Batard had Bill Simmons as a guest and mentioned the 30 for 30 documentary on Simpson:

Le Batard suggested that the highly-praised “30 for 30” series co-created by Simmons is planning an installment about disgraced Buffalo Bills star O.J. Simpson that could go as long as five hours.

After making that statement, Le Batard asked Simmons if he was revealing a secret and shouldn’t have said anything.

Simmons said it wasn’t a problem.

Buffalo News writer Alan Pergament revealed that he was interviewed for the film:

I was interviewed in October off-camera for background only by a producer for the production company making the film, Laylow Films, and suggested other people she should interview.

I agreed to keep the project quiet until just before ESPN announced it.

I consider what Le Batard did as an announcement.

Pergament writes that the documentary is expected to broach the racial attitudes towards Simpson from his college career through his NFL days to his time as a prolific commercial pitchman and to his murder trial.

With the 20th anniversary of the not guilty verdict in his murder trial in October, the timing of this documentary is appropriate.

When asked about the potential Simpson documentary, an ESPN spokesperson issued the following statement:

“It is too early in the production stages of this project to provide additional details.”

This would be easily the longest documentary in the 30 for 30 series. There have been two hour films like “The Two Escobars,” “Pony Excess,” and some are 90 minutes, but with so much material, it’s understandable that this would last longer.

With more time, perhaps this documentary could include this phony phone call to Peter Jennings during a tense moment during the chase that wasn’t included in June 17th, 1994.