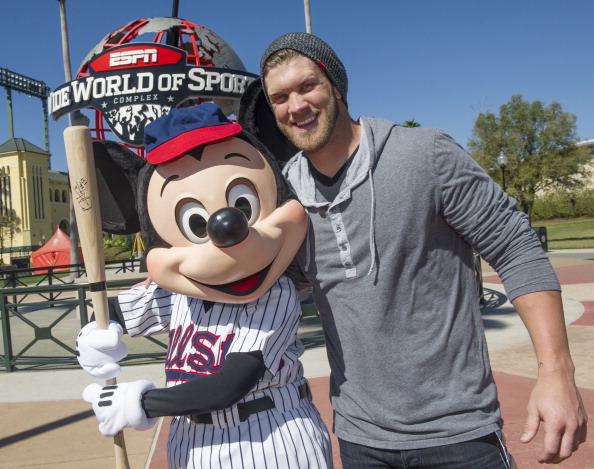 Some have recently argued that the consternation over ESPN’s future has been overblown, that Bristol is somehow too big to fail.  But the anxiety over ESPN’s potential for growth hit home with the most important people involved in this discussion on Wednesday: investors.

The worry over ESPN’s business future got a lot more real on Wednesday.  That’s because Disney’s Q3 financial report raised significant concerns over company revenues, almost exclusively thanks to pessimism over future profitability at ESPN.  Disney fell short of expectations for Q3 and ESPN’s need to cut costs in the midst of cord-cutting and rising rights fees was the central reason why.  Via CNN:

On a conference call with investors on Tuesday, Iger forcefully expressed confidence in ESPN’s future, and he reiterated that view in interviews on Wednesday morning. On CNBC, he said “we are very bullish” about the cable business.

But investors appear spooked about the possible impact from “cord-cutting” (a term for households dropping cable TV altogether) and “cord-shaving” (households choosing smaller bundles of cable).

ESPN continues to make huge amounts of money through its $6-a-month subscriber fee, but Disney said Tuesday that its year-over-year profits won’t be quite as high as it had forecast earlier.

The expectation was for high-single-digit operating profit growth from Disney’s cable channels (led by ESPN) and now the forecast is for mid-single-digit growth.

Analysts at Jefferies and BMO Capital then downgraded Disney stock.

The numbers don’t lie regarding the truths of the cord cutting phenomenon.  In four years, ESPN has lost nearly eight million subscribers, almost half of them in the last year alone.  CNBC’s Jim Cramer even pointed to Iger highlighting “some subscriber loss” in the cable world as the three words that wrecked Disney’s stock.  Disney has grown exponentially on Wall Street in the last 12 months, but Wednesday was its biggest decrease in years.

And it wasn’t just Disney and ESPN that took a hit.  Disney’s doom and gloom over the realities of its cable television business led to a massive dip in media stocks all over Wall Street.  Media stocks saw their worst day in four years on Wednesday.  Bloomberg even called it a “meltdown”…

Disney, which through Tuesday had been the top-performing stock in the Dow Jones Industrial Average this year with a record of stellar sales and profit, surprised investors by posting lower-than-estimated quarterly revenue and cutting its forecast for cable-television profit.

The reduced forecast underscored the number one concern for media investors: the unraveling of the traditional pay-TV package, according to Paul Sweeney, an analyst at Bloomberg Intelligence. Fewer Americans are paying for bundles of hundreds of channels, which has underpinned the TV industry’s business model for decades, opting instead for online video services like Netflix Inc. or smaller packages.

Disney’s shares slumped as much as 10 percent — the most since August 2011 — while Fox and CBS Corp., which both report earnings after the close, dropped more than 5 percent. Time Warner and Scripps Networks Interactive Inc., the owner of Food Network and HGTV, also fell even though they beat second-quarter earnings predictions. Overall, the Bloomberg U.S. Media Index had its biggest intraday decline in almost four years.

So what does the sell-off mean for ESPN?

ESPN’s future is out of ESPN’s hands.

ESPN going over the top is no longer an ESPN/John Skipper decision. It’s one that will come from the absolute top – from Bob Iger and Disney.

ESPN’s opinion on the matter is relevant but almost moot at this point.  Every earnings call, every appearance Iger and Skipper make, every updated analyst guidance on Disney stock will focus on this issue and the metrics given what happened on Wednesday.

Iger has already spoken publicly about ESPN’s potential over the top future and the changing landscape of cable television.  As investors and analysts hammer cord cutting and the negative effects on ESPN’s business, it’s really the only remedy Disney has in their back pocket to turn around the stock price.  Keep in mind that Disney had a pretty good quarter outside of ESPN, but the situation is that dire to investors that ESPN’s situation sent the stock tumbling.

The bottom line is this – if ESPN’s outlook doesn’t improve to investors, it could greatly accelerate a total restructuring of the network’s business model.  And if that happens, the rest of cable television won’t be too far behind.

Now that the concerns over ESPN’s profits are actually hurting Disney where it matters most, the company is going to seriously consider taking action sooner rather than later.