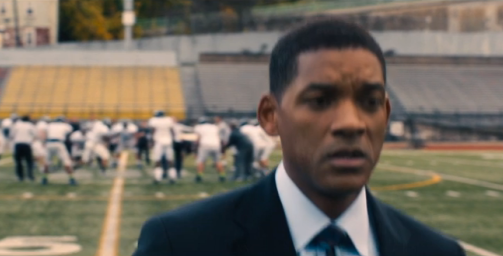 The NFL’s concussion crisis is about to get another period in the spotlight thanks to a new movie entitled Concussion.  It stars Will Smith as Dr. Bennet Omalu, the doctor who discovered CTE, and is being released on Christmas Day.

From the looks of the trailer, it should make the NFL and Roger Goodell very, very nervous. Via The MMQB:

Wow. PBS Frontline may have started the ball rolling on how the NFL has handled what it knew and when about concussions, but a movie with an A-list star like Will Smith will give the story even more attention than it received previously.  Given the looks of that trailer, the NFL is going to have to do everything they can not to appear like the big, bad corporate boogeyman that was woefully and dangerously negligent on the concussion issue.  We’ve already heard the NFL is going to attempt some kind of response to the movie, and it better be a good one.