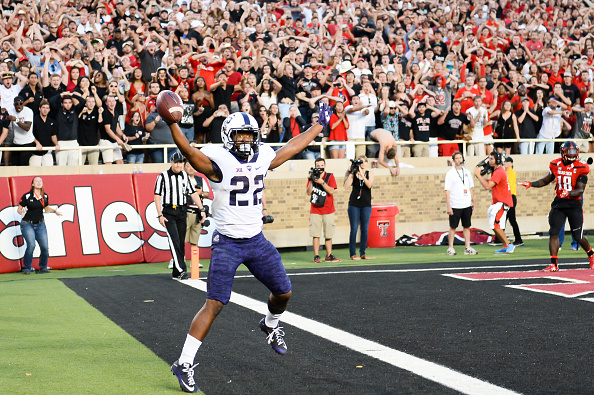 Yes, every theater of human activity — even pleasurable activity — has its limits. People don’t really like to sit through something interminable, even if they paid good money for it or waited weeks (maybe even months) to see the show. If an entertainment event is going to run long, it had better be uniquely memorable in some way.

This is why the length of Major League Baseball games became an issue in recent years… even though it was always in the power of the umpires to move the game along by insisting that batters stay in the batter’s box. Baseball game length became such a regular discussion point that new guidelines were put in place, even though better game administration by the arbiters would have solved most of the problems facing the sport.

Let’s pivot to another sport, however. When the topic shifts to college football game length, do you see (or hear, or feel) even 25 percent of the anger and national media saturation surrounding baseball game length?

In the NBA and college basketball, fans strongly feel that the number of timeouts should be reduced. In the NFL, television viewers cannot stand the “commercial block-kickoff-commercial block” sequence when it emerges during a game broadcast.

College football? It seems to capture less large-scale frustration. That’s not scientific fact, but consider this: The Student Section’s preseason media roundtables for college football (2015) and college basketball (in 2014), done in conjunction with Awful Announcing, cut in two different directions. When asking our panel about football programming issues, length of games never came up. In the world of college basketball programming, the game-length issue comprised a large portion of our discussion.

Yet, consider this piece of commentary by Zach Barnett of Football Scoop, citing research in this Wall Street Journal article by Ben Cohen. After just four weeks, 66 games have lasted beyond three and a half hours, an average of more than 16 such games per week. Six have cracked the four-hour mark.

College football doesn’t have a commissioner, but still — wouldn’t this issue receive more play if fans cared more about it? The lack of outrage is noticeable.

It’s yet another indication of how truly, madly, deeply in love we are with football. Americans can’t get enough of it.

So what’s the point beyond that, you might ask? News flash, right? Americans love football.

What’s next? The No. 5 team in the College Football Playoff rankings this December is going to be angry?

A) Why has there been a difference between football and baseball on this issue?

B) Is there some genuine and deeply-felt anger among fans that is being overlooked?

C) Can this issue be dealt with in a way that won’t cut into television advertising/commerical time and the return on investment networks (ESPN first in line, of course) expect from airing college football?

The answers here are not terrifically complicated, but are worth mentioning in brief.

On question A, a pitcher in baseball is not devising some ultra-complicated play. He has a toolbox of three or four pitches and is supposed to (expected to) throw the next pitch after getting the ball back from the catcher. Mark Buehrle, not complex MLB-mandated guidelines, is the ultimate solution to baseball game lengths. The reality that pitchers can control the flow of the game (and thereby speed it up IF they want to) is part of why the problem felt so exasperating and, eventually, weighty for the sport.

For football, the immensely and intensely physical nature of the sport makes it so much easier, intellectually and emotionally, to accept gaps between plays and multiple commercial breaks between possessions. There’s an awareness these guys are knocking antlers, so they deserve an added respite in return. Baseball doesn’t merit that same treatment; it is played on a daily basis, whereas football is necessarily played once per week.

Questions B and C point to the same shared answer. Fan anger might not exist specifically in relationship to college football game lengths, but it definitely DOES exist on the more precise topic of replay reviews. If you want to answer question C — how college football can reduce game lengths yet keep TV (and commercial) partners happy — imposing a flat 90-second limit on all replay reviews is the easy solution.

The principle which would govern all replay reviews: 90 seconds after the production truck gets all available angles for a call, a ruling must be made. If the reviewers can’t find enough evidence to overturn in 90 seconds, the call stays.

If you eliminated the 3-, 4-, or 6-minute review from each game, you’d shave several minutes off games. So many fans hate replay (and a considerable subgroup hates it enough to not even want it as an in-game tool) because it interrupts the game. What fans are really angry about is not raw game length, but the idea that the flow of play grinds to a halt… which is completely unlike the increasingly popular television product provided by global football (particularly from Europe on our weekday mornings).

This Saturday, Baylor and Texas Tech are easily the two teams most likely to play a four-hour game. Fans won’t hate the action they’ll see — the Bears and Red Raiders should score well over 80 total points — but they might get turned off if there are 25 combined penalties and several interminable replay reviews. That’s how a lot of Americans view college football. They don’t mind more of it; they mind delays and interruptions in the middle of it.

The Football Scoop article said that game lengths were a huge problem in college football. Zach Barnett is an excellent writer and reporter, and he’s perfectly entitled to his quite reasonable opinion.

However, THIS article (and all the linked items within it) points to college football’s biggest problem as an on-field product.