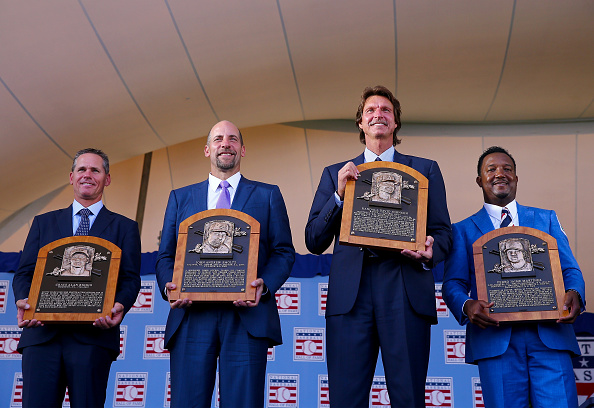 Earlier this summer, the Baseball Hall of Fame announced that any BBWAA member more than 10 years removed from actively covering the game would lose their Hall of Fame vote. The purge cut the total amount of voters down from around 650 (though only 549 votes were cast in 2015) to 475.

The BBWAA also proposed to increase the total amount of players one voter could include on their ballot from 10 to 12 as the ballot has grown more and more crowded. It turns out that the Hall of Fame voted that measure down over the summer, and the BBWAA voters didn’t know that until they started to receive their ballots this week.

The logic, according to the Hall’s VP of communications and education Brad Horn? They “didn’t feel this was the right time to make a change”, via Jayson Stark of ESPN.

Stark also revealed some more of the logic from the Hall, which essentially sounds like them saying “change is bad”.

The board voted not to change the limit at its meeting in late July, Horn said. However, the Hall never formally responded to the proposal, so most BBWAA members didn’t know whether there had been a change until this week’s ballot instructions were revealed.

Horn said it would not be accurate to call this a “rejection” of the proposal because “this was something that was considered, and there will continue to be active dialog with the BBWAA.” For now, however, the Hall will retain the 10-player limit, he said.

“At some point, there has to be a line drawn,” he said. “To retain the exclusivity of the Baseball Hall of Fame, entering the Hall of Fame should be difficult. … And 10 is where the board was comfortable with keeping that line.”

The Hall has put themselves in a silly situation because of their aversion to PED users. If the ballot size increases from 10 to 12, that will open the door for players like Barry Bonds, Roger Clemens, and others tied to PEDs to pick up extra votes each year and possibly earn induction into the Hall. Stark notes in his column that over the last two years, the average number of votes per ballot have risen to record levels – 8.39 two years ago, and 8.42 last year, with over half of the voters using up all ten spots on their ballot.

When will the ballot expand? Oh, probably sometime around 2022 – that’s when the newly-imposed ten year limit will expire for Bonds, Clemens, and Sammy Sosa. By then, the Hall can move on and move forward with the “steroid era” officially in their rear-view mirror.