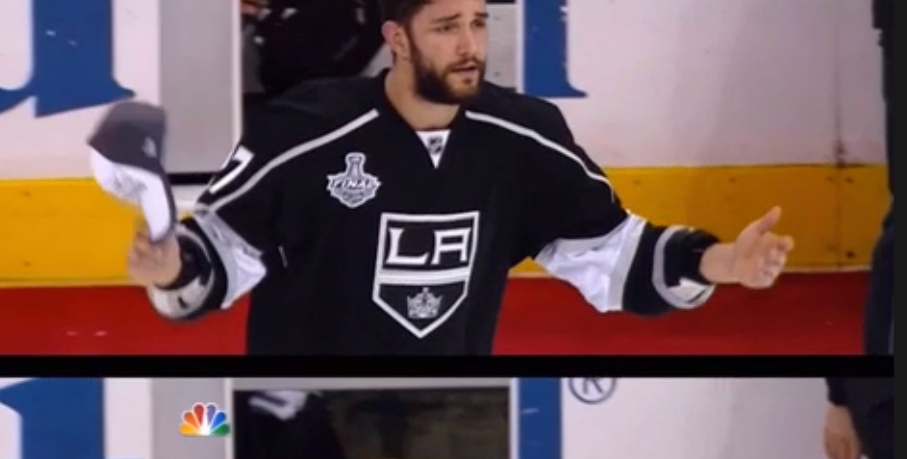 CBC’s feed dropped and suddenly switched to a split-screened version of the NBC broadcast in the immediate aftermath of the Los Angeles Kings’ Stanley Cup victory over the New York Rangers in double overtime early on Saturday morning.

They showed the game-winning goal and the initial celebration, but then this happened in the handshake line:

The feed eventually switched back to CBC, but not until about 15 minutes later. Coverage continued with players carrying the Cup around Staples Center and being interviewed on the ice.

Then, the feed dropped out again right as host Ron MacLean was about to throw to the final montage. It came back with the montage already in-progress ( set to Queen’s “The Show Must Go On”), then remained through the final credits.

Hardly the way the public broadcaster wanted their final broadcast of the season (and final one before Rogers gains creative control in the fall) to go.

It’s amazing that the initial dead air lasted for only five seconds before the NBC switch, but it was still an unusual moment and truly unfortunate timing. Had it come a few moments earlier though, it could have been a lot worse.