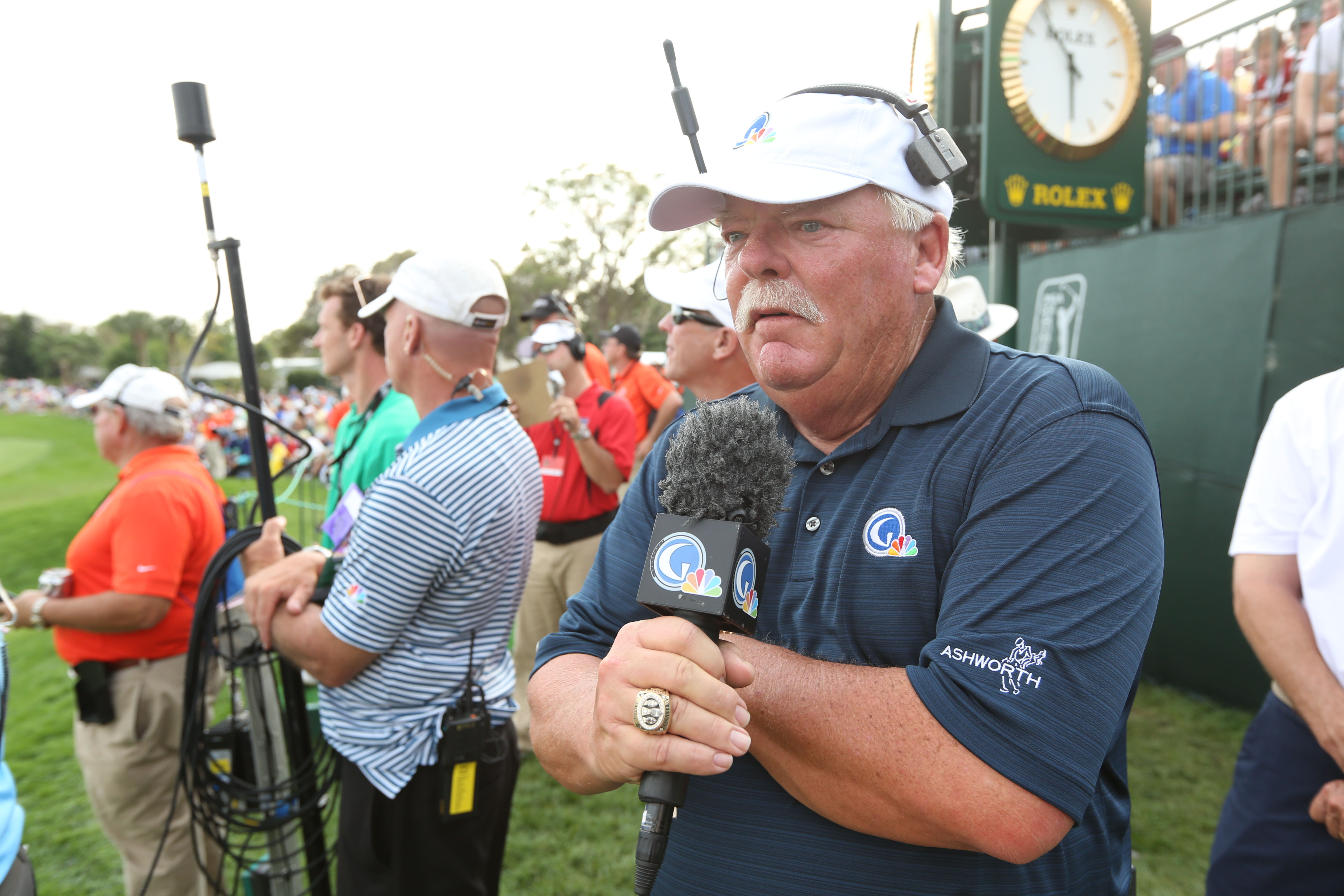 One of my favorite experiences working for this website was getting the chance to follow around Roger Maltbie and NBC’s on-course golf reporters at the Presidents Cup for this piece.  Being on the ground with the on-course reporters gave me a new appreciation for the job and amazing insights into one of the most unique jobs in sports media.

At 62 years of age, Maltbie doesn’t walk the entire course anymore.  Instead, he has a golf cart drop him off at various spots on a particular hole to reduce the amount of walking.  For instance, after walking from the green to the next tee, Maltbie might wander down 50-60 yards ahead of the players driving.  Then, he sneaks into the gallery to find his golf cart and the driver drops him off in the fairway where he receives yardages from another co-worker on a sticky note.  It’s really quite the system.

Unfortunately that system went awry at the US Open at Pinehurst on Saturday when Maltbie’s driver, a local man who had driven him around the course before, was arrested for hitting a police officer.  Here’s the report from Golf Week:

The loud commotion by the 11th tee right after U.S. Open leader Martin Kaymer teed off had nothing to do with competition. It had to do with an angry North Carolina Highway Patrol officer and the arrest of NBC roving golf reporter Roger Maltbie’s cart driver.

The trooper, identified in the arrest report as Ryan Ashley Goodin, was upset because he said the driver, identified as Thomas Howerton Lineberry, 59, of Wilmington, ran over his foot when leaving the tee area. Goodin then chased the cart on a sandy surface just outside the gallery ropes while yelling, “Stop! Stop!” and “Come back here.”

The trooper finally caught up, climbed onto the back of the cart and put his arms around Lineberry’s neck and shoulders from behind. As Maltbie came over to try to help his friend and colleague, Goodin handcuffed the suspect from behind and arrested him.

“This is a new one,” Maltbie said while walking down the 11th fairway at Pinehurst No. 2. “I’ve been to a couple of rodeos and a county fair, and I’ve never had this happen.”

The N.C. Department of Public Safety said Lineberry was taken to the Moore County Jail on Saturday night in nearby Carthage.

Lineberry was charged with four criminal counts, according to a report released by the Department of Public Safety: felony assault on a law-enforcement officer; felony hit and run; driving while impaired; and resist, obstruct and delay.

Here’s a photo of the scene:

Who knew you could get charged with a DWI for driving a golf cart?  It all seems like a pretty absurd scene (four criminal charges???) surrounding someone trying to do a freelance job for a televised golf broadcast.  If only the actual tournament was that exciting and interesting.