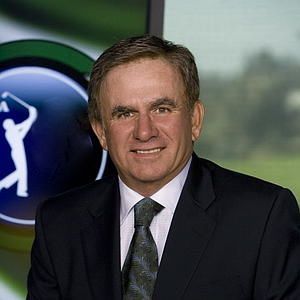 The number that sticks with Peter Kostis now is 18, and it has nothing to do with golf.

As of last week, Kostis has been contacted by 18 people who found out they have colon cancer after getting tested because of the CBS golf analyst spreading the word about his battle with the disease.

“They all have a good prognosis,” Kostis said. “I feel good about that. It shows what kind of impact you can have.”

Kostis, 66, is walking the fairways again for CBS. He says he still isn’t completely back to 100 percent, but he is getting there.

Kostis is in a much better place than he was nearly a year ago last spring. After taking his wife in to get a colonoscopy, she suggested that he make an appointment for his test. He initially put her off since he wasn’t showing any symptoms and still was six months away for the date of his next colonoscopy.

Kostis, though, eventually caved in and got the test. “I really didn’t want to have to listen to her get on me about it for six months,” he said.

Kostis expected to tell his wife, “I told you so.” Then he heard the sobering and stunning news from his doctors: He had colon cancer.

Kostis immediately had surgery and began chemotherapy and radiation treatments. Obviously, he had to leave the air during the height of the golf season.

Initially, Kostis had intended to take a low profile about his condition. Then he was watching an ESPN baseball telecast in which John Kruk discussed his battle with testicular cancer.

“He was saying how gratifying it was to bring awareness to the disease,” Kostis said. “I’m a very private person. I don’t like self-promoters. But when I saw Kruk, I said, ‘That’s it. I have to do whatever I can do to tell people to get tested.’”

Kostis contacted the CBS PR department and he put out a statement about the importance of the test. Early detection greatly improves the odds of beating colon cancer.

Kostis downplays the notion of his celebrity status. However, as one of golf’s top instructors and a high-profile analyst for CBS, he was struck at the people he was able to reach in going public about his condition and message.

“I met a guy at Augusta, and I honestly unfortunately don’t even remember his name,” Kostis said. “He just grabbed me by the arm as I was walking out in front of the clubhouse. He goes, ‘I want to thank you for what you did for going public. I have stage 4 colon cancer.  It’s back and it’s spreading.  I don’t know what the prognosis is going to be, but the fact that you’ve beaten it is helping me hang in there and go through my treatments and stuff like that.’

“Yeah, there’s a lot of negative to being in the public eye, but they pale in comparison to the positives when you can do something like that.”

As for himself, when he received the diagnosis, Kostis said he put his head down and focused on getting back on the air. His goal was to return to the PGA Championship in August. However, it was during that week that he realized he would be out for the rest of the year.

“The treatments became more cumulative,” he said. “I was getting worse in terms of my energy.”

Instead, Kostis made his return on CBS’ season-opening golf telecast in January in San Diego. Happily, he says he is cancer free.

“It truly feels good to be back,” he said. “I can’t say enough about (CBS Sports chairman Sean McManus) and the people at CBS because they were so incredibly supportive.”

A postscript: I had been putting off my upcoming colonoscopy. Not exactly No. 1 on list of fun things to do. However, after talking to Kostis, my next call was to make the appointment. You should too.