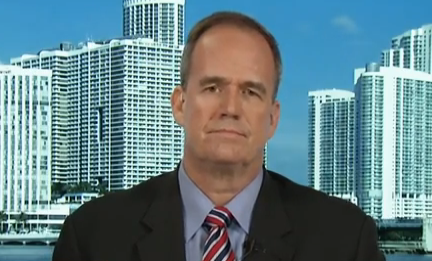 Outside the Lines and Olbermann have been after the NFL with bulldog like intensity over the league’s mishandling of the Ray Rice case.  It’s a major reason why the hour-long block of programming is one of the best in sports television.  The combination of cutting commentary and investigative reports, holding its most powerful business partner accountable, is important for ESPN’s journalistic integrity.

Leading the charge for OTL has been Pulitzer Prize winner Don Van Natta’s reports on the Ray Rice scandal.  Among them a deep dive into how the Rice matter unfolded between the team and the league and a report all the way back in September that Rice had told NFL commissioner Roger Goodell that he indeed hit his wife in that Atlantic City elevator.  Goodell had said publicly that Rice was ambiguous in that regard, and used it as a tentpole for his second suspension.  Judge Barbara Jones found in lifting Rice’s indefinite suspension that indeed, Rice had told Goodell exactly what happened.

With that inconsistency and contradiction already emerging from the commissioner’s office facing a crisis of confidence, Van Natta doubled down with another report from the hearings.  He found in the transcript that the league had requested the Rice videotape from inside the elevator in an e-mail from September 9th.  That directly opposed what the NFL and Goodell had maintained publicly, that they tried to gain access to the tape but it wasn’t given to them:

But one day before Goodell sent that memo, the league’s lead investigator on the Rice matter had actually told the league’s director of security that he had never requested the inside-casino elevator video from the one law enforcement agency that actually had it, the Atlantic City Police Department: “Again, I never spoke to anyone at the casino or the police department about the tape,” NFL investigator Jim Buckley wrote in a Sept. 9 email to NFL executive vice president and chief security officer Jeffrey B. Miller. The last e-mail on the chain from Buckley says: “I never contacted anyone about the tape.”

Van Natta’s report is another major blow to the credibility of Goodell and the league office, at least what little credibility there is left.  There have been so many inconsistencies, so many appalling instances of Goodell’s lack of judgment, leadership, and competence that it defies belief.

In response to another crushing report from OTL, the NFL had no other choice but to go on the offensive in this statement on Van Natta’s report:

“The ESPN article written by Don Van Natta distorts the testimony and evidence in the Rice matter. Among the numerous inaccuracies in the story, there are no emails or any other evidence from an NFL investigator stating “I never contacted anyone about the tape.” That is a quote not from an email, but from an argument by Rice’s own attorney mischaracterizing the evidence. The email in fact explains that, despite his multiple efforts to do so, the investigator was unable to speak with anyone from law enforcement about the tape. The email details the efforts the investigator took in an effort to obtain any and all evidence in the Rice matter. Those steps included contacting and seeking information from the Atlantic City Police Department, the New Jersey State Police, the Atlantic City Solicitor’s Office and the Atlantic County Superior Court.

In order to believe the NFL in this case, we have to believe that Pulitzer Prize winning reporter Don Van Natta could not tell the difference between a physical e-mail and an argument from Ray Rice’s attorney.  Either that, or he’s purposely twisting and misrepresenting evidence.  Neither seems likely because we already have an example of Van Natta proving Goodell misled the public (either purposely or because he truly has no idea which way is up or down) in his statement that Rice was “ambiguous” in his testimony when it wasn’t true.

The major takeaway from the public battle in this moment is the importance of trust.  Right now Van Natta and Outside the Lines have more public confidence in their work than the NFL.  That’s even considering the fact that the massive OTL report on the Rice matter had a couple factual discrepancies and edits after the fact.

If you lose trust in your integrity and honesty, it’s incredibly difficult to get it back.  Roger Goodell will be fighting that uphill battle for however many more years he keeps his job as NFL commissioner.

And to take this discussion one step further, this is a lesson in why trust and honesty is incredibly important in the media world.  It’s an issue that plays both ways, though… even within the confines of ESPN.  While OTL has built a very trustworthy brand of journalism over the years, SportsCenter and the network’s news-breaking element doesn’t have the same trust with their liberal use of “ESPN and media reports.”  That’s why it’s so important for ESPN to get their sourcing issues worked out – we can only compartmentalize the “good” and “bad” of ESPN from a credibility standpoint for so long until one overtakes the other.  We as fans have to weigh the good and the bad and decide for ourselves whether we can trust Bristol, whether it’s for their dealings with the SEC, their relationship with the NFL, or who broke what news first.

In order for the “fourth estate” to actually work and be of some use to society, it must have the public’s trust and confidence.  With that mandate, OTL and Van Natta can withstand a personal attack from the NFL and still have enough reliability and reputability with the public to carry on with their work.  Not many reporters in sports could still stand tall after that kind of salvo from the richest and most powerful establishment in sports.  And given the fact that ESPN has buckled to the NFL before, the fact that they’re still standing beside the work of Van Natta and OTL is telling.