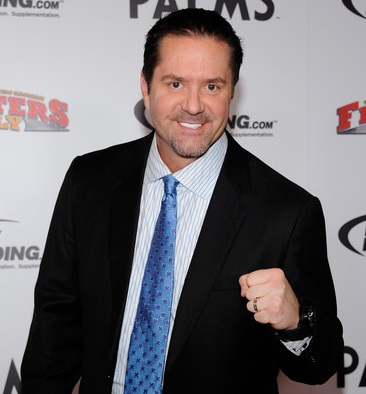 When Fox’s NFL broadcasters were revealed before the season, the shock inclusion was lead UFC announcer Mike Goldberg.  The MMA veteran had some experience calling preseason games for the Arizona Cardinals, but had never called an NFL game on national television before.

Goldberg made his debut for the NFL on Fox yesterday calling the Lions-Vikings game in the first of two scheduled appearances this season.

It did not go so well.

Goldberg was roundly criticized in social media circles for his call of the game.  We’re talking Chris Berman levels of Twitter hate.  By these accounts, Goldberg’s NFL play-by-play debut was one of the roughest in recent times.  A brief sampling…

Ronnie Milsap would be a more competent play-by-play voice than what FOX has given us this afternoon.

Fox's Mike Goldberg just said of a pass Teddy Bridgewater threw, "The intended receiver was Golden Tate." They're not on the same team, Mike

By the way, on a completely unrelated note, Ronnie Milsap is a criminally underrated entertainer.

The negative criticism would be one thing.  It was Goldberg’s NFL on Fox debut.  Perhaps he was nervous, perhaps he made just a few mistakes that could be easily corrected.  He’s been the voice of the UFC for years, it’s not like he’s a television rookie.  Now perhaps he’s not best suited for NFL play by play, but Goldberg deserves a second chance for his next appearance this season to see if he could improve.

That would be fine… except for the fact that Goldberg compounded his performance by battling with and cussing out some of his critics on Twitter.  In since deleted tweets (that we saved by screengrab earlier today), Goldberg sent these tweets to a few of his detractors…

That kind of language and attitude and combativeness may go over well with Dana White… but I doubt Roger Goodell or the NFL on Fox crowd will be very happy with those responses.  If there’s one thing you national media personalities should know, it’s not to combat critics on Twitter.  Unless you approach it like Keith Olbermann for sport, it usually only leads to bad things.  Could you imagine Joe Buck or Jim Nantz doing this on Twitter?  It’s not a great look for any announcer, let alone someone who calls NFL games on national television.

Time will tell given the reaction and the Twitter outburst if Goldberg makes it to his next scheduled appearance for the NFL on Fox this year.  It’ll be interesting to see if Fox has to go the “card subject to change card” route with their announcing assignments.