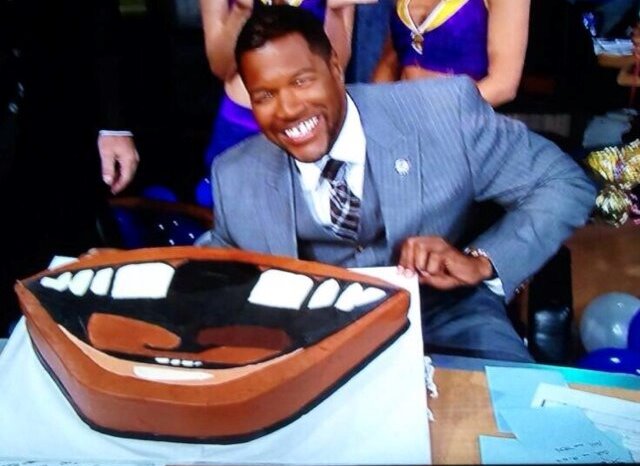 Being in the public spotlight comes with some privileges, but it can also come with some danger. The latter reared its ugly head for Michael Strahan on Tuesday outside the ABC Times Square New York City studios when a homeless man wielding a knife wanted to kill the Fox NFL Sunday analyst and co-host of Live with Kelly and Michael.

Strahan was inside the studios to do his usual segment for Good Morning America when a homeless man identified as Andre Johnson demanded to enter the building. Security originally rebuffed Johnson’s and refused to let him enter. But he later returned with a knife and tried to stab a guard.

Police quickly arrested Johnson and took him into custody. He later told officers that his intent was to kill Strahan.

For his part, Strahan never saw Johnson nor was he hurt. He was not informed about the attempt until later in the day.

Johnson was charged with assault, criminal possession of a weapon and menacing.

Strahan was back on “Live” on Wednesday and did not mention the incident.