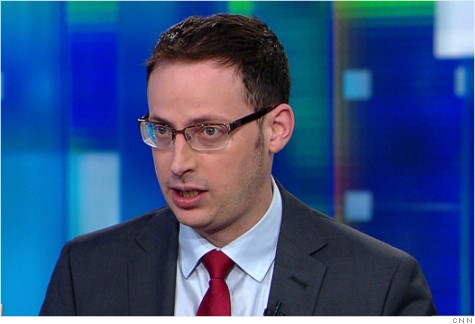 Nate Silver’s FiveThirtyEight blog has relaunched with their ESPN.com affiliation, and the initial feedback from many was positive. As I dug in to the content on FiveThirtyEight, these were my first five impressions of the new site.

On Tuesday night, some of the articles featured on FiveThirtyEight’s homepage focused on making optimal bracket selections, the best strategies for eating at McDonald’s when you’re broke, a breakdown of minimum wage, an explanation of how many calories sex burns, and an analysis of how statisticians can help find the missing Malaysia Airlines Flight 370. There really is something for everyone at the new FiveThirtyEight, and that’s what Silver explained in his manifesto for the site when he broke down the frequency and types of content FiveThirtyEight would offer. And really, that breadth of content is something that can help FiveThirtyEight’s growth instead of pigeonholing it into a predefined structure.

2. The interactive NCAA bracket is the best thing ever.

Look at this thing. Hover over a slot on the bracket, and FiveThirtyEight will tell you which team has the best odds to reach that positions. Hover over a team, and FiveThirtyEight will tell you that team’s odds of advancing to each given spot in the tournament. Sure, it’s not a failsafe way to fill out your bracket (and really, nothing is), but it’s a fun little way to show a person that isn’t mathematically inclined just how unlikely their famous upset special really is.

3. The layout lets you view what you want to view.

Hate politics? That’s cool – just avoid anything at FiveThirtyEight with a purple or green tab. Only want sports? Click on the red banner. Don’t want to think about math? Avoid anything in the Datalab column. At FiveThirtyEight, you don’t have to be baited into clicking anything that you don’t want to read – there aren’t any misleading headlines or characterizations here. On other sites, especially some located in the ESPN.com community, finding articles you’re looking for can be a hassle without using the search bar. FiveThirtyEight is attempting to simplify that process, at least from the beginning.

4. Clutter is kept to a minimum.

For as much as I enjoy the content on ESPN.com and Grantland, their homepages are a mess. Between ads, links to stories, videos, polls, multiple different sections… there is just so much going on. Over at FiveThirtyEight, there are just two ads (a banner and a sidebar ad, both above the fold), and a whole lot of article titles. The headlines are clear and concise, the social and multimedia aspects are nearly nonexistent, and the layout (which I already praised) lets you determine what you want to read and who you’re reading.

I think one of the main concerns going into the FiveThirtyEight launch was that a lot of the content would be too reliant on data, and as a result, it wouldn’t appeal to the common reader. While data is everywhere on this site, it’s not enough to put people off. For example, in that previously mentioned article about being broke and eating at McDonald’s, there are only three pieces of data needed to make the article work – price, weight, and calories. From there, it’s just simple division – you don’t need a scientific or graphing calculator to figure out what’s going on. The data isn’t just dumped on you either – it fits seamlessly in with the article.

All in all, it’s a very promising start so far for FiveThirtyEight. Initially, there was skepticism about Silver joining the Worldwide Leader, but his work so far has helped put some of that skepticism to rest.