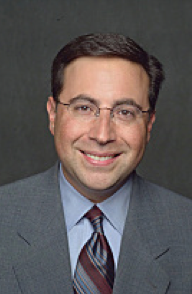 It’s something that sports media writers have been asking for the past couple years and now CBS has decided to pull the trigger.  Beginning this coming fall Ian Eagle and Dan Fouts, affectionately known as “The Bird and The Beard,” will be promoted to the #2 NFL broadcast team at the network.  The news was reported first by Richard Deitsch at Sports Illustrated.

The move continues a season of change for the NFL on CBS after a number of years of stability in the broadcast booth.  Dan Dierdorf retired from the #2 team alongside Greg Gumbel and took a job with his alma mater, Michigan.  Marv Albert exclusively told AA that he was also stepping down from the NFL on CBS this season opening up another slot.

With these personnel moves, now was the time for CBS to make a change.  The network has taken a more stagnant approach to their broadcast lineup, as opposed to Fox who has seen their #2 team behind Joe Buck and Troy Aikman change from year to year based on merit.  We’ve seen Kenny Albert and Daryl Johnston, Thom Brennaman and Brian Billick, and most recently Kevin Burkhardt and John Lynch fill that slot at Fox the last 3 years.  After plenty of calls for CBS to promote Ian Eagle and Dan Fouts in recent years, the network is now rewarding their work in the broadcast booth.  It’s believed that Gumbel will be joined by newcomer Trent Green to form the network’s #3 broadcast team.

Perhaps most interesting is the fact that this is a double promotion of sorts for Eagle and Fouts because of the new Thursday Night Football schedule.  Because Jim Nantz and Phil Simms will be taking some Sundays off during the season thanks to their full Thursday slate, it means that Eagle and Fouts will become the de facto #1 announcing team for CBS some Sunday afternoons.

It’s a long-deserved promotion for both Eagle and Fouts.  Their chemistry is among the best of any broadcast team working today across sports.  Not only do they call a good game, they bring a fantastic mix of insight and humor to viewers.  For several years, Ian Eagle has been considered one of the most underrated announcers in sports.  Thankfully, he’s now moved beyond that label with this assignment to now being one of the top announcers in sports, period.  For Fouts, it’s been a process coming full circle since the days when SNL made fun of his Monday Night Football commentary.  Fouts’ experience calling play by play for ABC college football has made him a better analyst and with Eagle as his partner, the strengths of both have been emphasized.

In the bigger picture, it’s also an encouraging move for the industry as a whole.  The promotion of Eagle and Fouts shows that good work can still be rewarded and the glass ceilings of network hierarchies can indeed be broken.