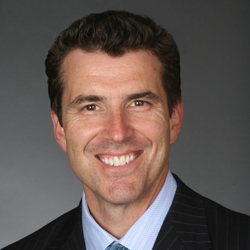 Two men at ESPN wanted the privilege of being the announcer to take over the mantle from Brent Musburger after he was sent riding off into the sunset and the SEC Network.  However, the construct of the traditional announcing booth meant that one man would get his dream job and another would be left disappointed.  Both were longtime veterans of ESPN, both have proven themselves over time to be reliable faces of the network.  But only one could become the new lead voice of college football.

ESPN has made their choice.  Chris Fowler would be their man.  Fowler was signed to a mega-contract through 2023 that sees him not only become the new #1 play by play man alongside Kirk Herbstreit for the college football playoff, it also will see him continue as the host of College GameDay.

So where does that leave Rece Davis?

The popular thought process had been that if Fowler got the announcing job that he would likely have to give up hosting College GameDay because of the intense workload.  Then, Davis could receive a promotion to host arguably the best and most popular pregame show in all of sports and finally be freed from the shackles of playing dressup for Mark May and Lou Holtz's fake debates.  That is not the case.  Not only did Fowler get the announcing job, but he held onto College GameDay as well.  With Fowler's contract expiring and ESPN needing to hold onto him, he got a dream contract (to the tune of $35 million dollars) that was truly well deserved for his excellent work over the years.

But Davis' contract will also be coming up soon and he'll surely be looking for a similar bump in pay and prestige that has been afforded to his compatriot.

What is left for ESPN to offer Rece Davis if they can't offer him the top two college football jobs at the network?

#2 college football announcing job: Thursday Night Football is a pretty decent gig, but there's still one semifinal slot open for the college football playoff.  ESPN could offer Davis the Saturday night slot on ESPN with Todd Blackledge and a major role for the playoff.  Of course, that would mean shuffling more broadcast booths and finding a new studio host.  Someone would also have to break the news to Brad Nessler, who could then consider himself the unluckiest man in broadcasting.

A better college basketball slot: Right now Davis calls SEC basketball games with Bob Knight during the winter and hosts College GameDay.  The latter is a great opportunity, the former… is, to put it nicely, not so much.  How would you like to sit next to Bob Knight for 40 minutes of Ole Miss-Georgia?  The trouble is with so much great depth at ESPN in basketball play by play men, it's a struggle to see just where Davis could move to at the risk of supplanting someone uber-talented like the Shulmans, Tiricos, and McDonoughs of the world.

Other major opportunities: What else could ESPN offer Rece Davis?  Maybe something outside of college sports.  If Chris Fowler has tennis, maybe Davis could also work in another sport for major events.  It's not like ESPN doesn't have plenty of options.  Golf, tennis, baseball, soccer, football, etc.  Surely ESPN could find a couple new roles to sweeten any potential deal.

Would any of those additional opportunities be enough for Rece Davis to stay at ESPN?  It's no sure thing.  If he does hit free agency, Davis will be coveted by all of the other major networks as both a studio host and a play by play man.  A look at some of Davis' options should he choose to explore greener pastures outside Bristol…

Fox: He could easily slide in as a top college football host and expand his play by play repertoire with Fox.  The issue here though is a lack of visibility and the same problem he faces at ESPN – Davis will always be behind Gus Johnson in the broadcast booth pecking order.

NBC: Their college sports offerings are rather bleak outside Notre Dame (where Dan Hicks was just promoted to the booth), so this seems to be the least likely of the major networks.  With a deep hosting roster, there's not much of a need in that department either.

CBS: If Davis does leave ESPN, this is the option that makes the most sense.  Davis can immediately fill the hole left by Tim Brando as the host for the most watched regular season package in college football – the SEC on CBS.  And, whenever Verne Lundquist steps aside, he can transition into a role as the lead play by play voice.  When you factor in a possible NCAA Tournament gig (same would be true for Turner) or even NFL work, CBS can offer Rece Davis opportunities ESPN no longer can.

What will happen with Rece Davis?  ESPN has shifted its strategy in recent years.  They've been willing to pay up to keep some of their star personalities (or bring them back in several cases) when they had let them walk away in the past.  ESPN will do everything in its power to hold onto Rece Davis and maintain their top flight college sports coverage across their networks.  However, if Davis feels like he's been passed over and there's no chance to significantly move up the ladder in Bristol after years of service, he may be given cause to look elsewhere.