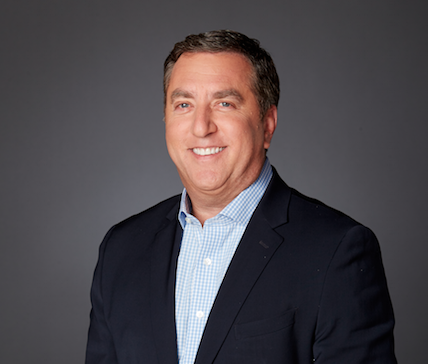 This summer, we here at Awful Announcing have written a freaking lot about the various foibles of ESPN and, to a lesser extent, Fox Sports 1. First Take controversy, LeBron, Erin Andrews, LeBron, Pam Oliver, LeBron, ratings going all over the place, and most importantly, LeBron. While these networks have had some good moments over the past couple of months, it seems like they’ve made more noise for negative reasons than positive.

NBC Sports Network seems to have, quietly, become the most stable of the non-ESPN networks, and has likely had the most positive publicity in 2014. The NHL is up, the Stanley Cup Playoffs were up, EPL opened up Saturday and Sunday mornings to something other than college football pre-game shows, and even the Tour de France and IndyCar are showing ratings increases. NASCAR is coming in 12 months. Things seem to be pretty smooth for NBCSN.

Not to say there aren’t cloudy areas out there. They still have yet to develop a single successful studio or original program, though NASCAR America has made timeslot gains. Though they improved ratings relatively, they were unable to make MLS work and are walking away from the league after three seasons. You could argue EPL and NBC has been almost too successful, since execs at Fox and ESPN are both openly salivating at getting back to the negotiating table with the league, who only gives out three-year TV contracts. There are still weeks in the summer when the network has nothing but dead air and car and shark shows.

Still, we rarely have much to complain about with the network, which has chosen to focus on what they have and try to super serve the audience for it. Hours of ancillary programming and documentaries for the NHL, EPL, NFL, golf and NASCAR. This has usually left them with the goodwill of the fans of those sports.

Jon Miller is NBC Sports’ President of programming, and a man this site has interviewed before (in fact, it was this time last year). While we did a general State of the Network from him, we chose to go through the various sports NBCSN covers and how those relationships are evolving and expanding in our talk with him last week in Boston at the network’s coverage of a Liverpool-Roma friendly.

Steve Lepore: ESPN has dominance, but always causes controversy, Fox Sports 1 is, let’s say “going through some stuff.” I would argue it’s a pretty good time to be NBC Sports Network.

Jon Miller: [laughs] We had growing pains, too. We came on in the beginning of January 2012, so we’re really two years in. We still have a lot of room to grow, a lot of room to improve. We’ve had some success, but we’ve all got to keep our heads down and work hard, we’ve got a great team, a great production team led by Sam Flood, a great marketing team led by [NBC Sports Group’s CMO] John Miller and his crew, our sales crew gives us the opportunity to go out and a do a lot of stuff. We’re pretty excited about where we are and where we’re headed.

It’s a good time to be at NBC, and Mark Lazarus — who’s our leader — makes sure that we have a team that works well together, and that’s it. We don’t want to be bigger than the story, we want to be sure that the game — and the sports we cover — get the proper attention and the proper focus and we’ve work hard at that.

SL: Are there specific areas where you think you need to grow and get better?

JM: Obviously, we’re continuing to try and grow and acquire more properties and develop a product where we can support the sports that we have. We’ve got a pretty good lineup, but we’re always looking to improve. We start NASCAR next year, but we’re already doing a daily NASCAR show to kind of signal to the NASCAR community that we’re serious and we’re going to do a good job with the property.

We’re coming into the second year of our Premier League deal and we’re gonna try to improve on last year’s performance, which was a good performance. The NHL gave us a great season — great regular season, great Stanley Cup, great Winter Classic, great Stadium Series — so we’re obviously focused on that. Then, some of our motorsports, IndyCar and Formula One, they’re all doing well. Obviously, all the Olympic programming we have… Rio is just two years away, it’ll be here before you know it.

There’s certainly a lot to keep us busy, and then the NFL gets going, we have our first game next Sunday night, with the first preseason game. It doesn’t stop for us, so sometimes you don’t get time to catch your breath.

SL: You’re launching a sports show on Sunday nights (The NBC Sunday Sports Report)… is there a contractual obligation that would keep you from doing just a straight NFL post-game show on NBCSN Sunday nights?

There’s a lot of other product that we want to cover, and those sports deserve to get covered in depth. Unfortunately, those sports don’t always get what they deserve in terms of their coverage and attention, and we’re going to make sure they get their due respect and due attention.

SL: Your NHL schedule was just released, you’ve kind of moved away from Monday nights this year in favor of a lot of west coast games on Wednesdays. 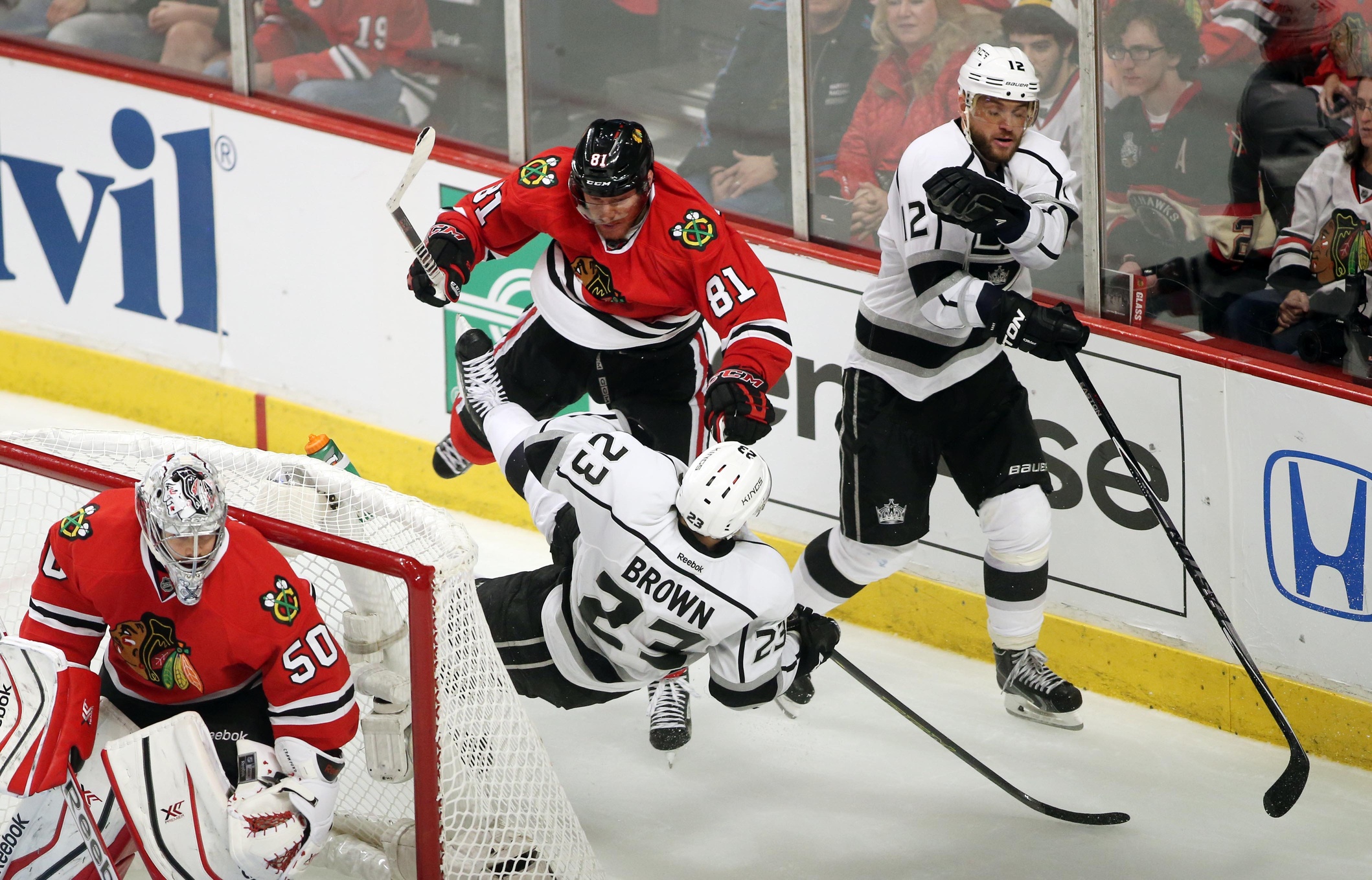 JM: Quite honestly, you don’t tug on Superman’s cape and you don’t spit into the wind. Monday Night Football on ESPN is a strong franchise and we’d rather use our exposures where we don’t have that kind of really strong competition on Monday nights. We worked with the league, and they agreed, and we’ve been able to move some of the games off those nights, or move them later.

Wednesday Night Rivalry has become a great franchise for us, so we’re continuing to build and improve on that, and that’s where our focus is.

SL: That did kind of come out of nowhere, at least out of the lockout, what do you think was key into launching a marquee cable hockey night, which hadn’t really been done before?

JM: That’s the brainchild of Sam Flood, and he always kids me that “hate sells.” When the Flyers are playing the Rangers, those teams don’t like each other. When the Bruins are playing the Canadiens, they’re going at each other, and that’s real serious stuff.

The other thing is that in hockey, which has been so local or regional for so long unlike the NFL, you need to watch the other teams in your division and your conference. I’m a Giant fan, and when the Giants aren’t playing and the Cowboys and Eagles are playing, I’m gonna root for the teams that are playing those teams. We’re trying to build that kind of storyline up with hockey, and I think we’re doing a pretty good job of that.

SL: How does the extra NFL flex scheduling benefit you?

JM: We still have the flexing for the last six weeks of the year, but you can also flex a couple of games early in the season as well, which is helpful to us. Now you can get out of a game in the early part of the season where you didn’t have that, where before you had to wait until Week 11. Now we can go earlier in the season.

The flex scheduling is very important for people to understand: It’s not intended to give NBC the best game of the weekend. It’s just to ensure that you don’t have a bad game on your national showcase. We may get a better game than the game we have, but it’s not necessarily the best game.