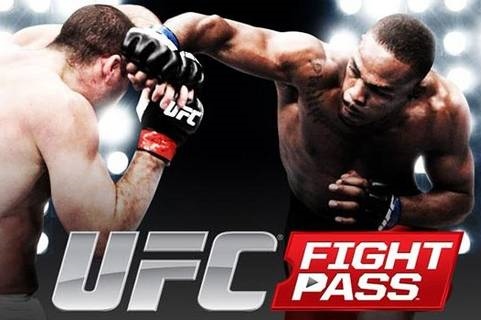 On Saturday, the UFC's Fight Pass digital network officially went live, and while initial impressions are impressive, there are still some questions going forward.

At the introductory press conference for Fight Pass on Saturday, the UFC promised 150 live fights on the service in 2014, along with a full library of past events, classic fights, episodes of The Ultimate Fighter, and exclusive new content. The service runs an affordable $9.99 per month, and will be free to all users from now until February 28th – essentially, a two-month trial. The cost of the service was one of the major questions fans had, and $9.99 per month is right in line what many expected and were willing to pay.

The interface seems a bit clunky to start, with four categories to choose from – Live Events, Originals, TV Shows, and Fight Library. The Live Events tab features the live fight cards, including pay-per-view prelims and full cards, beginning with Saturday's card from Singapore. There's not much use for it at the moment, since no live events airing on the network have occurred yet.

The Originals tab features a cornucopia of different content, from fitness tips, to knockout and submission compilations, to behind the scenes type videos. Two of the original series are The Exchange with Megan Olivi (essentially, a brief interview with a fighter or personalty in the sport) and UFC Now, which is essentially UFC Unleashed but with hosts Kenny Florian, Brendan Schaub, and Jenn Brown (the same Jenn Brown that used to work for ESPN) discussing the fighters involved.

TV Shows has a lot of content stacked within it thusfar, including every season of The Ultimate Fighter (including international versions), UFC Unleashed, Ultimate Insider, the Best of PRIDE, and the UFC's acclaimed Countdown shows.

But let's be honest: the Fight Library is what will make or break Fight Pass. And right now, the jury is out on this part of the service. Fights are grouped into various categories, either by collection (IE, best knockouts of 2013, Chael Sonnen's American Gangsters, Follow the Belt, and so on), by champion (with Anderson Silva getting his own category as "the greatest of all-time"), or by event or year. The sloppy interface doesn't work too well here, as different events have different setups, and many shows come up as blacked out in my region, including all of the Fox Sports 1 cards from the past four months. Not all of the fights on each card immediately show up either, as numerous prelims are just… not there.

The archive of older shows is also lacking. For example, there are a total of 14 fights on the service from 1993-2000 – good luck finding some of the more famous freak show fights, like Keith Hackney vs Joe Son from UFC 4. The archive of other promotions' fights also disappoints, as the only PRIDE fights currently able to be watched on the service are part of the Best of PRIDE series, and nearly all of the WEC fights that are live involve fights currently making waves in the UFC, like Urijah Faber and Jose Aldo. Good luck getting your fix of guys like Igor Vovchanchyn, Fedor Emelianenko, Manny Tapia, and Rob McCullough.

It's tough to make any definitive judgments about the service yet, considering that it's only been live for a matter of days. If the network continues to only offer select fights and not a full archive, it will remind fans more of the soon to be discontinued WWE Classics service rather than a full-blown library. The blackout issues surrounding recent fights are also worth keeping an eye on. Also, how long will one need to wait for pay-per-view replay to be offered? November's UFC 167 is there, but what about this past weekend's UFC 168?

When watching event replays of recent shows, some cool features do pop up. In the same vein of MLB.tv's broadcast change ability, Fight Pass allows you to change the camera you're watching the event with. Want to hang out in the red corner? The blue corner? The top of the cage? All are possible when watching event replays, though not single fights. There are also plenty of bugs (as expected) behind the Fight Pass technology, included the dreaded buffering and loading issues you typically run across with streaming video, and an interface that can bounce you all over the place when trying to find the fight you want to watch.

I don't like indecisiveness, but it's too early to make a proper evaluation of Fight Pass and determine whether or not it's worth your $9.99 a month. The big test will come this weekend, with the first live card broadcast on the new network. Exclusive prelims will also be airing throughout the next two months. With the free trial in place for the first two months of 2014, your best course of action is to register and take the system for a test drive yourself to determine whether or not you're a fan. The lack of classic fights isn't a huge issue at the moment, due to the youth of the service, but if the library simply begins to stagnate and not grow, I'm not sure what the long-term viability of Fight Pass will be.