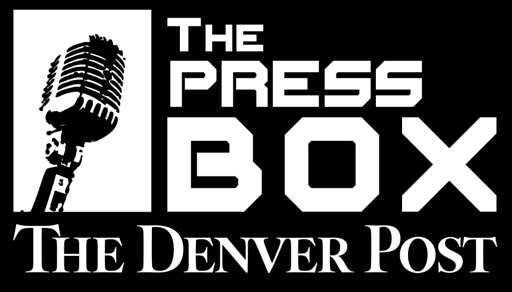 It’s been no secret that newspapers have been struggling in this digital age. Consumers no longer depend on the printed page for their news. Some publications have died and others gone behind the dreaded paywall in an attempt to protect their content, but they still depend on an old business model. Awful Announcing has learned that two newspapers are launching multimedia content in hopes of attracting new visitors.

The Boston Herald will announce an online radio station that will begin operation this month. The station will be mostly news/talk, but will have a sports-themed program co-hosted by Jen Royle and former WEEI morning drive personality Jon Meterperel. Content will be streamed via the Herald’s website and through online apps. The station will have a daily lineup and invite listener interaction through phone calls and social media.

And in the Rocky Mountain region, the Denver Post and sports radio personality Peter Burns will launch an online simulcast of his morning drive talk show which he co-hosts with newspaper columnist Mark Kiszla. The show has been aired through Mile High Radio on two Denver radio stations and beginning August 5, it will be streamed live from the Post headquarters in studios that will be built specifically for the program.

So starting on August 5, the Press Box Live will air live for two hours starting at 7 a.m. Mountain Time plus be seen and heard on various platforms through Mile High Radio’s website, the Denver Post’s site as well as new apps for both mobiles and tablets. For the newspaper and for Burns, it was a natural progression to partner together.

Burns said he brought the idea to the Post to recreate their business model and “turn it into a sports radio/television station.”

“My radio listeners will have no idea that anything has changed,” Burns said. “But now what I’m bringing in is the marketplace of everybody in the Denver Post.”

He adds that the site’s content will be enhanced by having audio and video backing it up. And Burns says this allows the Post writers to gain a personal connection with their readers as they get to see and hear them rather than just read their reports and columns. In addition, the writers will be able to expound on their content and go more in-depth on their stories.

For the Post, it’s definitely uncharted territory. Its parent company, MediaNews Group, will be watching closely to determine the success of this experiment. Burns said the Post is launching a huge promotional campaign behind the new venture. And if it works, MediaNews which owns 61 daily newspapers across the country could spread the idea to its other publications and partner with sports radio stations in their respective markets.

Burns says, “This could be the perfect marriage where print journalism and online as they try to develop their online products, they’re trying to find more ways to enrich their content and now that digital sales (are increasing), they need to have good content. Plus radio stations and hosts need more exposure and they want to be on television. So this is how I can marry the two and really change the sports media landscape.”

Can this be the gamechanger for newspapers? As we progress into a more mobile world and convenience is the key, consumers are using their cell phones and tablets to listen and watch content. As it stands now, the Post will maintain the two-hour video simulcast, but if the Mile High Radio experiment is successful, the newspaper could expand it to news and to other areas it covers to make the entire venture a 24/7 operation.

Burns credits the Post’s Tim Rasmussen for having the vision to look at the Post not just as a newspaper and to think outside the box to create new content.

And the Post is not stopping at its morning drive show. Once again partnering with Burns and Kiszel, the paper will launch a new nightly half-hour television show on KCDO-TV premiering July 15 at 10 p.m. that will run opposite the late night local newscasts. Burns says the show will begin just in time for Broncos training camp and run through the Super Bowl. The program will be a mix of sports news and opinion and be unique as the network affiliates will provide just two to three minutes of scores and highlights. Burns says not only will be the show be seen live on KCDO, the Post will also stream it online for viewers outside Denver.

So with the expansion of its brand, the Post hopes to become a multimedia destination for its consumers. And as the Boston Herald is about to launch its online radio station, it and the Post hope their content can bring more unique hits to their websites. As long as the stations are widely accessible on mobiles and tablets, their reach could be far. However, if consumers don’t react as desired, then the online stations will be a noble, but failed experiment. Is now the time for newspapers to make the leap to launch new platforms? The next year will an interesting transition period.