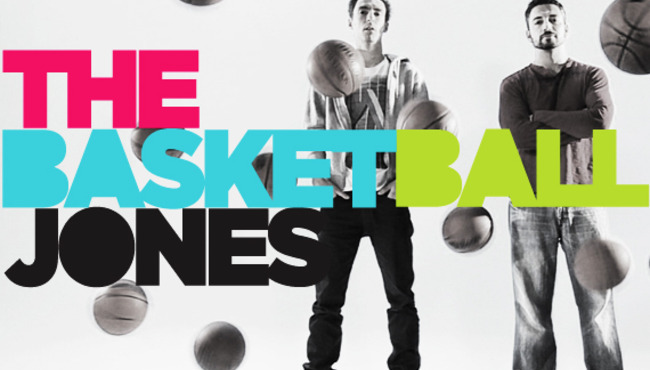 One of the great success stories of the sports blogosphere is The Basketball Jones.  J.E. Skeets, Tas Melas, Trey Kerby, and others built a hugely successful basketball empire with their distinct mix of humor, basketball insights, and originality.  TBJ were pioneers in podcasting and doing video, bringing their work to outlets like The Score and Grantland.

Now, TBJ have gone as far as any other bloggers have before.  They've reached the top of the NBA landscape as the entire group will move to NBA TV for the upcoming season, complete with a name change to The Starters.

"NBA Digital continues to boost its original content with the introduction of The Starters, a collective of fan-focused voices with a unique and unconventional take on the game, to its multimedia portfolio. The Starters, formerly The Basketball Jones, will produce original content across all screens including a daily TV show, podcast and blog, and a constant presence across a variety of social media platforms. Fans can engage with The Starters using the hashtag #TheStarters.

Co-hosts J.E. Skeets and Tas Melas, with contributors Trey Kerby and Leigh Ellis, will use their strong fundamentals to continue showing their passion for the game with fun, entertaining and witty content generated on site in Atlanta.

NBA TV even made a video featuring their NBA on-air talent having no idea who E.J. Skates and Taj Mahal were…

This is a coup for Turner Sports and especially NBA TV.  TNT's basketball coverage is great and Inside the NBA is one of the best and funniest sports shows on television.  But NBA TV, which Turner also operates, has never had quite the same personality.  The TBJ guys… sorry… The Starters, bring just that.  In all seriousness, I can't remember ever being motivated to watch NBA TV's daily studio programming.  With TBJ on board, it certainly brings something unique to the table that should draw interest if their fans online make the transition with them.

It's a great addition to the network and The Starters should mesh well with Turner's already established NBA group.  This hire is also a huge validation of all the work Skeets, Melas, etc. have put in over the years.  And finally, it should serve as an inspiration for the thousands of sports bloggers that are out there writing, podcasting, or tweeting.  If you have talent and ingenuity and a little bit of luck then perhaps there's another similar success story waiting to be written.