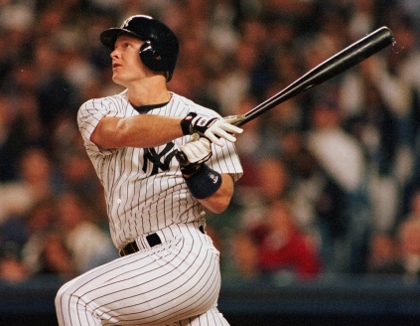 On ESPN Radio 104.5 The Team in Albany on Tuesday, former Yankee Shane Spencer called into a show with host Mike Lindsley, and admitted to taking steroids, as well as lobbing PED accusations at several members of the Yankees teams that Spencer played on from 1998 to 2002. You can check out audio of the interview here.

There's only one problem with that: it wasn't the real Shane Spencer.

ESPN New York is reporting that the Spencer that Lindsley had on his show was an impostor, and that the real Spencer "about threw up" when he listened to the interview. He was on the Boomer and Carton show on WFAN in New York on Wednesday morning to refute the allegations in the interview. The team Spencer manages, the Atlantic League Somerset Patriots, had a game that started at 11 AM on Tuesday, making his participation in the hoax interview pretty unlikely.

If you didn't know anything about Spencer, the hoax seems plausible. A role player on a dynasty coming forward to dish some dirt? Sure, that makes sense. But digging a little deeper, the faux Spencer spoke in generalities, stammered a lot, and simply doesn't seem credible once you give it a listen with an air of skepticism.

If anything, this should serve as a warning to radio outlets trying to book lesser known, unverifiable guests in order to drop tasty nuggets of gossip on several revered, legendary players. If "Ricky Ledee" wants to talk PEDs next week, there should be some serious skepticism.