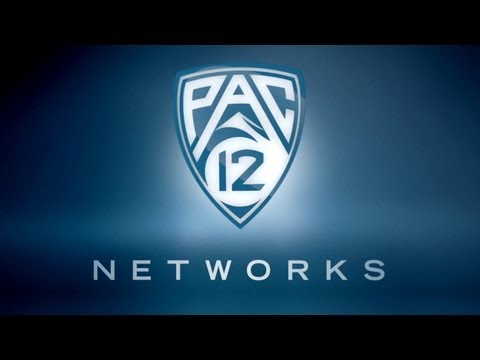 "I urge our fans that are intent on not missing their team's games this fall to drop DirecTV and switch to one of the many providers that have it. All of our coaches and athletic directors that previously had DirecTV have now switched to a provider that has it and they are urging their fans to do the same." — Pac-12 Commissioner Larry Scott during the Conference Media Days on the conflict between DirecTV and the Pac-12 Networks

Yes, the Pac-12 Networks are about to celebrate their first birthday and about to head into their second year of not being seen by DirecTV subscribers. This is another example of a silly dispute between a cable sports network and a cable/satellite provider. Again, subscribers are left holding the bag.. Usually, these disputes end after both sides compromise and come to an agreement, however, there does not appear to be any give from either side. So, it appears that Pac-12 fans won't be able to watch a 35 game college football schedule through DirecTV.

The issue is over access and cost. The Pac-12 wants to be on expanded basic. DirecTV wants to offer the networks on an á la carte basis. The conference wants DirecTV to pick up all seven of its networks. DirecTV only wants one. Pac-12 Networks reportedly wants $0.90 per subscriber. DirecTV wants it lower.

In a statement to the Los Angeles Times, a DirecTV spokesman said, "… lower the price so that it's affordable to all of our customers or let us sell the network only to those who want to pay for it."

We're at an impasse and it's apparent that unless a miracle happens before August 29, the beginning of 2013 college football season, the Pac-12 Networks won't be seen on DirecTV.

There was a time when DirecTV was the home to wayward sports networks. It was one of the first on-board with Big Ten Network, CSTV (which later become CBS College Sports and then CBS Sports Network), MLB Network, NFL Network, the mtn. (now defunct) and Outdoor Life Network (which through its various rebrands became NBC Sports Network).

In recent years, DirecTV has played hardball with sports networks. In 2009, it got into a 6 month dispute with Comcast over Versus and pulled the network until March 2010. Last year, in addition to the Pac-12 Networks, the satellite provider refused to pick up Comcast SportsNet Houston citing its high cost. The company even has a website explaining why it's not picking up Pac-12 and Comcast SportsNet Houston.

And DirecTV so happens to be one of the cable and satellite providers that has yet to hash out a carriage agreement for Fox Sports 1.

So where does this leave us? It leaves Pac-12 and college sports fans out in the cold waiting for DirecTV to pick up the networks. In the meantime, subscribers can either go to Dish or their cable provider i.e., Comcast, Cox, or Time Warner to begin watching the networks or just wait it out. If Larry Scott's statements are any indication, that wait could be very long.