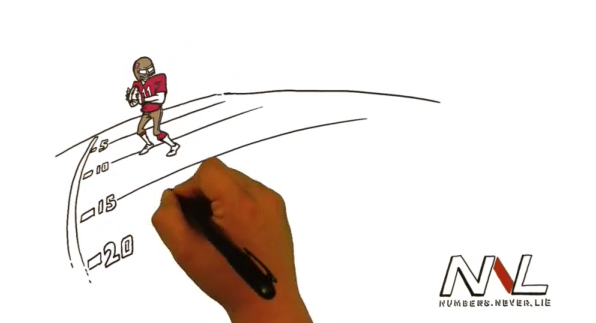 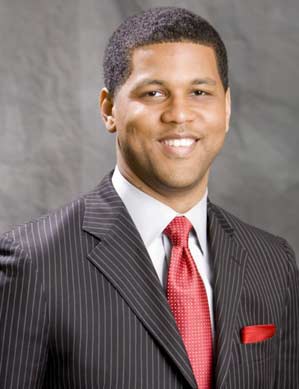 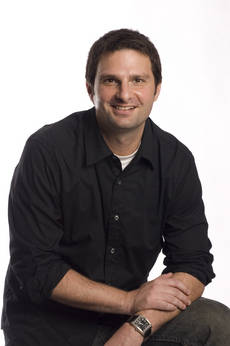 It's Christmas Eve, which means this is no time for a Twitter War.  This is a time to spread holiday cheer, a time to be joyful, a time to be kind and generous and giving to your fellow man.  A time to put aside differences and come together.  A time… aww forget that, let's play the feud!

The two gentlemen above, ESPN's Numbers Never Lie host Michael Smith and Dave Dameshek of NFL.com and NFL Network look like nice enough guys, right?  They're both successful at what they do and both have decent followings.  But over Sunday night and Monday morning, they became involved in a holiday slugfest over Dameshek's insinuation that Numbers Never Lie stole the animation bits of the "N if L."  You can view one of Dameshek's segments here and one of NNL's animation segments here and screengrabs below. 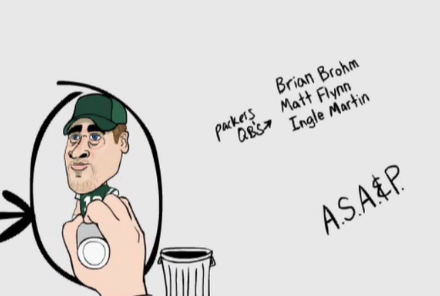 As you can see, both are remarkably similar and for whatever reason, Dameshek decided December 23rd was the time to air his grievances to Smith on Twitter. 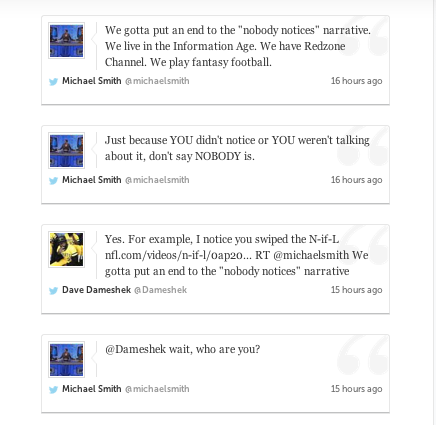 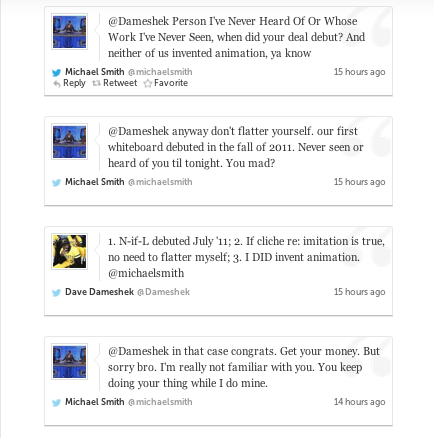 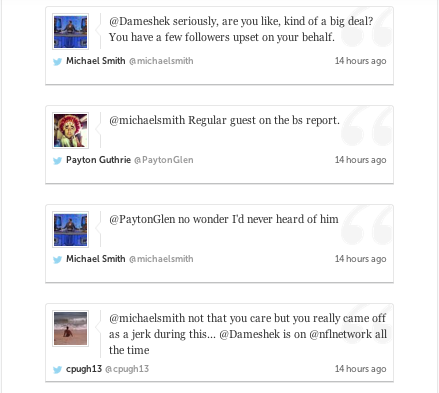 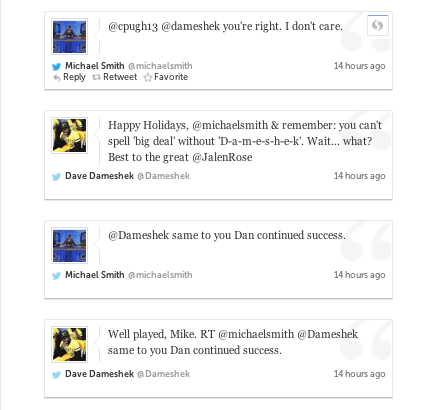 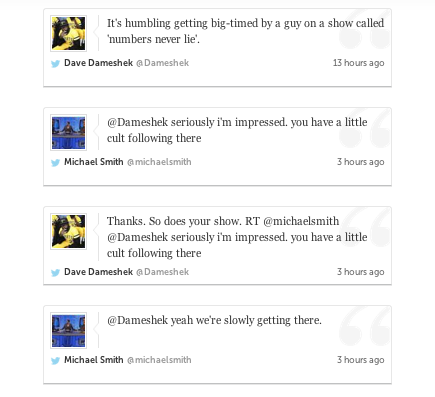 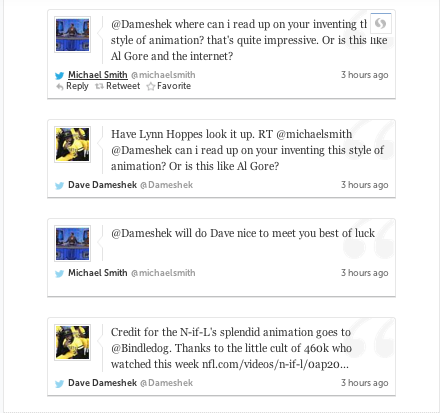 It's rare that a Twitter War like this would last over the course of two days, but the Monday morning round was even better than the Sunday night opening salvos.  The passive-aggressive nature of the "little cult following" barbs are absolutely tremendous.  And how about Michael Smith calling Dameshek "Dan."  Bravo.

Both combatants were able to land decisive blows throughout.  It's a tough spot to be in for Michael Smith when someone is accusing your show of stealing their work.  There's not too many plays in the playbook for that one, but Smith handled it as well as he could taking the "seriously, who is this guy?" tact.  Referring to Dameshek as "Person I've Never Heard Of Or Whose Work I've Never Seen" was cold, cunning, and cutthroat.  Also, bonus points to Smith for also getting in a minor dig at The BS Report along the way.

If Smith did make one mistake, he was a little too aggressive in his attack.  If he really didn't know who Dameshek was and wanted to de-legitimize his claims, he should have fired off one or two tweets and ignored the rest.  Instead, Smith's engagement with Dameshek made the two appear as equals and worked in the Pittsburgh pugilist's favor.  Dameshek took the unorthodox strategy of counter-punching with humor and did so effectively.  Perhaps the best and most staggering blow of the entire fight was Dameshek's Lynn Hoppes wisecrack.  That shot stopped Smith right in his path.

As far as who stole what from who, it's impossible to say or prove definitively.  Let's just say they both stole it from that creepy UPS guy and call it a truce, shall we?  It is Christmas after all.

A tough decision to make with one of the better waged Twitter fights we've seen… so since it's Christmas and I'm in a benevolent mood, you get to decide who wins this Twitter War.  Who has their hand raised in victory for a Christmas Eve triumph?