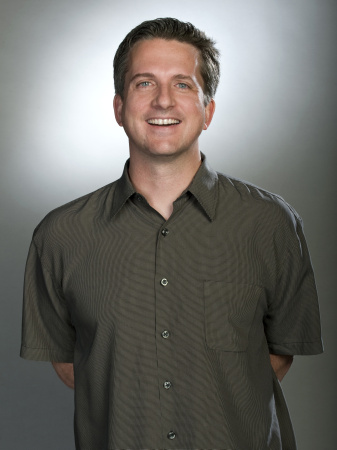 After brief moments of optimism following this week's meetings in New York, the NHL lockout appears as far from being resolved as ever thanks to the NHL's easily-mockable voicemail to the NHLPA Thursday night that blew up the negotiations. While that impacts hockey fans everywhere, how much media attention the ongoing lockout is receiving differs substantially depending on which side of the Canada-U.S. border you live on.

For example, north of that border, TSN controversially delayed live coverage of the New York Knicks-Miami Heat clash in order to show lockout press conferences from NHLPA leader Donald Fehr and NHL commissioner Gary Bettman that most American sports channels disregarded, causing many south-of-the-border hockey fans to flock to TSN's website to see them live. The most poignant example of the divide in media priorities, and one that reflects what this lockout may do to hockey's profile south of the border, may have come from a surprising source, though; Grantland editor-in-chief Bill Simmons. Here's what he tweeted Thursday night:

Sad we have to go to a Canadian website to read any meaty articles about the NHL talks collapsing. tsn.ca/nhl/story/?id=…

The funny thing about that? The biggest criticism Simmons took thereafter was from renowned TSN hockey reporter Bob McKenzie, and that led to a bit of a back-and-forth, with McKenzie defending the numerous hockey writers ESPN employs and Simmons complaining about the lack of "meaty" articles south of the border (except for a shoutout for Yahoo!'s Puck Daddy blog, curiously enough).

It's worth pointing out that TSN and ESPN have plenty in common, too; ESPN owns 20 percent of  the Canadian company, and TSN uses many ESPN visual elements and picks up plenty of ESPN content. However, as weird as this fight was, both of these guys have points.

McKenzie's quite right that there are plenty of amazing hockey writers working south of the border, and the ironic part there is that many of them are under the same ESPN umbrella as Simmons. From Grantland's Katie Baker to ESPN's Pierre LeBrun, Scott Burnside and Katie Strang, there's no shortage of hockey-knowledgeable talent at the WWL. There are plenty of impressive hockey people at Stateside media outlets too, including Greg Wyshynski, Nick Cotsonika, Jesse Spector, Sean Gentille, Helene Elliott, and more, and they've all been covering this lockout.

However, while Simmons' observation may have been imperfect in the specifics, it illustrates a valid general idea. For all the talented hockey writers in the U.S., their content often gets buried by news from other sports, and there just aren't the sheer numbers of people covering hockey south of the border that there are up north, causing plenty of American hockey fans to frequently rely on Canadian outlets like TSN (especially for breaking news). Good hockey coverage south of the border's certainly available, but it's admittedly often lower-profile (just look at how ESPN ignored last year's trade deadline, which has become a full-day coverage blitz of ridiculous proportions in Canada), so it's not really surprising that an admittedly-casual hockey fan like Simmons turns to TSN.

What this illustrates is that a long lockout may be particularly devastating for the NHL in the U.S., though. Yes, ESPN senior vice president Vince Doria's May comments that hockey doesn't "transfer to a national discussion" were reasonably ridiculous at the time. (And certainly had nothing whatsoever to do with hockey being televised nationally on competitor NBC's channels.) But, the sport is far from dominant on a national scale south of the border. The lockout certainly isn't helping that.

Again, good U.S.-based lockout coverage is there if you know where to find it, but observation suggests that this is drawing far less attention south of the border than the recent NFL or NBA labour disputes. If the lockout continues to drag on, and particularly if it forces the cancellation of this season, it's easy to see the NHL falling further off the map Stateside (especially with casual fans) and drawing even less coverage. Canada and hardcore American fans will be back. Despite the anger of fans and media types up here, the love of the NHL's just too strong for most to stay away once the league and the union resolve their differences.

A long lockout could kill any momentum the league had stateside, though, and further reduce its media profile in particular. Just two years ago, the NHL had some of its best ratings ever in the Stanley Cup Finals. The 2012 lockout may undo that and possibly all of the progress the sport had made since the last work stoppage in 2004.

Simmons' comments that American hockey fans have to turn to Canada for NHL coverage aren't particularly accurate at the moment (although there's a grain of truth there on the breaking-news side), but they could become more so if this lockout keeps dragging on. Oh well, at least there will always be Taiwanese animation to cheer us up in the meantime…