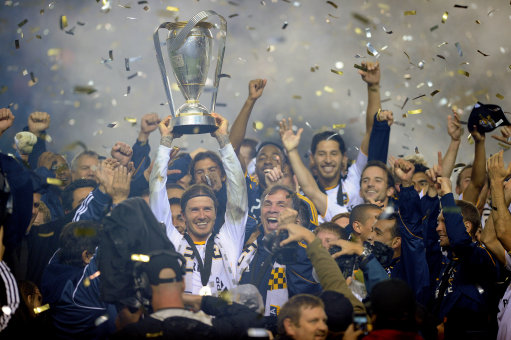 This Sunday, Fox airs a live English soccer game on national network television before the NFC Championship Game at 10:30 AM ET between Arsenal and Manchester United.  Given the ratings success of taped games on network TV, it was only a matter of time until Fox shifted live games from Fox Soccer onto the main network channel.  Back in November, we urged Fox to add more live games to their already planned Super Bowl day coverage and Sunday’s tilt may be the beginning of just that.

Sunday’s broadcast also features the debut of studio host Rob Stone, who has moved over from ESPN to be the face of Fox’s soccer coverage as they work towards World Cup 2018.  Joining Rob Stone in the studio will be outspoken analyst Eric Wynalda and… CNN’s Piers Morgan?!?  Piers?  Morgan?  Sure, it sounds like a cheap, pathetic ploy for ratings that sounds ridiculous, but Morgan has been in the Fox Soccer studio before and was actually good.  Piers is an Arsenal supporter and his biting comments in the Fox Soccer studio after Arsenal’s 8-2 defeat against Man Utd earlier this season showed that he definitely knew what he was talking about and could relate that knowledge in a compelling way.  It may seem like a slap in the face to soccer fans and another facepalm from Fox, but Piers Morgan is legit.  And, he has personality, which is what Fox Soccer has sorely lacked in the past.  This is no hollow Rush Limbaugh trainwreck in waiting.

But it was recent comments from Fox’s other analyst Eric Wynalda that have made waves in the soccer community.  Wynalda gave a revealing talk at the NSCAA convention in Kansas City that put MLS’s struggles into context while EPL games get attractive network TV time.  Taped Premier League games have demolished MLS in ratings.  As MLS moves into a new contract with NBC, it’s a pivotal time for the league as international soccer and the EPL continues to gain a larger foothold on American TV.  The reality isn’t lost on former American international Wynalda, who ripped the league, its ratings, and its schedule…

“Who else saw that ratings thing? That red line that hasn’t moved since 1996? Anybody see that? That was kind of – [makes dropping-off gesture]. Is this like a shock? There’s more to it, and it gets worse. I work for Fox. Fox just spent $500 million to buy the rights to the World Cup. I was listening to Nelson Rodriguez saying, ‘Wow, isn’t that great? They just splintered themselves from our league but they bought the whole banana.’

Our CEO and president, David Hill, he’s an Aussie guy. I don’t know if you’ve heard of him? Have you seen him? He’s […audio unclear…]. I realized one thing in my life, it’s that when big businessman talk, the billionaires, they kind of talk the way I talk. Direct. This was his message to Don Garber: ‘Change your schedule. Because having a 0.3 rating in November for your final doesn’t impress us. Nobody is watching because you’re up against NFL, NCAA football and the end of baseball. Our games are relevant.’

Our biggest showcase, show to our players, whether you really believe in the playoffs or not – I personally think that it’s stupid – however, if that’s what we’re going to play, at the end of our season, and this is when it matters, no one’s watching, no one’s going. Ratings stink. Who saw it, New York versus Dallas? They didn’t admit this, but they were out on the streets, begging people to please come to the game, because no one was watching. No one wanted to be there. They were at the World Series. My point is, play games of relevance in nice weather. Let’s play in May. Let’s go up against hockey and basketball. I think we can beat them. And the big thing is that we’re proving it. We’ve got better attendance – the third-biggest attended sport in the United States of America. But no one’s watching, and no one cares. That’s not acceptable to me.”

MLS and commish Don Garber have resisted calls from everyone to align the league’s schedule with the international calendar where most leagues play from August-May.  While playing through the winter may not appeal to teams or fans in New York, Boston, Chicago, or Columbus, MLS could easily take a break as in Germany or Spain and/or play through the snow like they do in the Netherlands and elsewhere.  But resisting corrupt FIFA president Sepp Blatter’s calls for MLS to change its schedule is one thing.  Resisting Fox Sports head honcho David Hill is another.

In this department, it is becoming increasingly apparent that MLS is one of its own worst enemies.  The question has to be asked – why didn’t Fox make a push for MLS when they acquired rights to international soccer and the World Cup?  That should be an alarming signal for Don Garber and MLS.  Clearly, Fox doesn’t see the potential in MLS that it does in the EPL and international soccer rights.  Maybe NBC’s new contract can help build the MLS brand with a fresh commitment as ESPN has also moved towards a larger focus internationally.

Why wouldn’t MLS have their Playoffs and Final in May when you’re going against the early rounds of the NBA and NHL Playoffs, the beginning stages of baseball season, and nothing else.  Why continue to try and bang your head against the wall and go up against the behemoth that is college and pro football?  This past year, MLS played its Final on a Sunday night against Sunday Night Football.  In 2012, the MLS Cup Final is scheduled on the same night as the SEC AND Big Ten title games on December 1st.  How is this a good idea for ESPN and MLS?!?!  How is this going to be a breakthrough opportunity for the league.  When David Beckham finally lifted the MLS Cup last year did anybody even notice?  Was anyone even watching?  No!  The MLS Cup was outrated by six and a half hours of semi-live poker that went into the middle of the night!

MLS has been a failure as a TV product and one of the top analysts of the sport even admits it.  MLS is a growing sport in attendance and is still supporting expansion teams.  Stars like Beckham and Henry have come to play on American soil.  The league is relatively healthy and finding good news everywhere except television, where ratings remain abysmal.

Television is the last and biggest frontier for MLS.  The league will not truly take off and grow until it has significant gains in ratings.  Until MLS comes to its senses and stops hiding its head in the sand about these struggles, it will still continue to fall behind the EPL and international game.