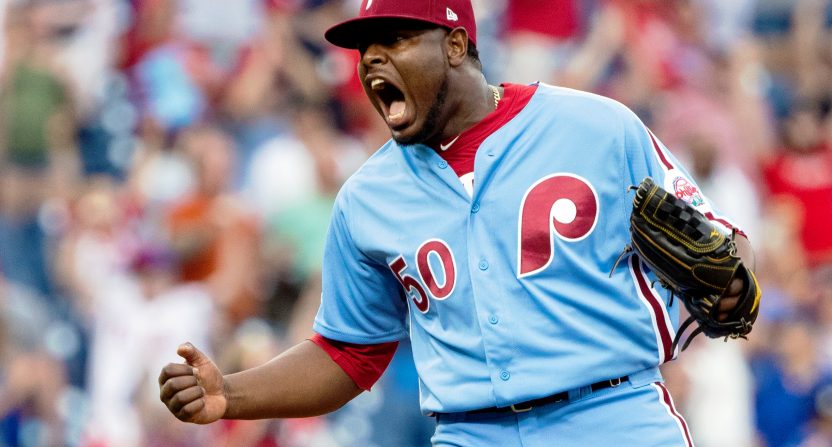 MLB’s foray into the digital space is meeting some resistance from fans but it’s an attempt to reach new, younger fans and find new revenue streams. Over the past couple years, between 20 and 25 regular season games were exclusively broadcast on Facebook.

This season, the Facebook number has been lowered to six non-exclusive games. Meanwhile, MLB signed a deal with YouTube to exclusively broadcast 13 games this year, with the first one airing this past Thursday. According to Morning Consult, Google claimed that the Philadelphia Phillies’ 7-6 victory over the LA Dodgers drew “more than 200,000 concurrent viewers at its peak” and “more than two million views on the MLB YouTube channel.”

As per Morning Consult, the stats there have a view “tallied whenever a viewer watches a video,” and the company wouldn’t specify how long a viewer needs to watch to be counted. So the viewership numbers here should be taken with some grains of salt about how long these viewers actually watched for, and these numbers aren’t particularly comparable to TV broadcasts (which are usually reported as average audience, not peak audience). But the numbers are apparently enough for Google to be happy about, because they’re reportedly negotiating with other corporations to sponsor their broadcasts. State Farm sponsored Thursday’s game and will be sponsoring the Cardinals-Dodgers game in August.

Not everyone is thrilled about games being placed online. Despite games on YouTube being free, the St. Louis Post-Dispatch notes that it isn’t an ideal setup for less tech savvy older people. The Cardinals have two games on YouTube, just like on Facebook but Facebook’s games were in the first half of the season while these YouTube games are in the final month or two of the regular season.

MLB notes that they’re choosing games that are played on weekday afternoons and are typically  lower rated than if they were to choose a prime time game in order to appease broadcasters for having to lose a game and deliver the least inconvenience to those who can’t or don’t want to watch games online.

In all, games are being put on YouTube in order to reach younger fans who are increasingly more likely to watch online instead of a traditional TV broadcast. One can argue if it really is that effective and younger people are watching but MLB needs to do something and accessing YouTube isn’t massively difficult. If my dad, who absolutely despises technology and hates using the computer, can learn how to use YouTube and watch his team play, most people can.