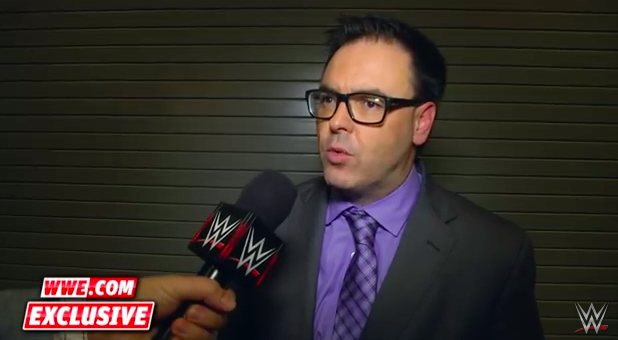 When WWE hired Mauro Ranallo to be the lead announcer for Smackdown, it was a widely applauded move that was seen as a slam dunk hire. Ranallo was not just a popular wrestling announcer from his time calling New Japan Pro Wrestling, but had experience calling boxing and MMA as well.

Ranallo became the lead announcer on the Smackdown brand but was largely viewed as the future face of WWE announcing. Current Raw play by play man Michael Cole was instrumental in bringing Ranallo to WWE and it looked like being a very successful partnership for some period of time.

Unfortunately, it’s been a few weeks since we’ve seen Ranallo on WWE television and at the moment, he may never return. A CBS Sports report says that Ranallo is not likely to be back on camera for WWE until his contract expires in August.

Ranallo, a decorated combat sports analyst who is currently the lead play-by-play commentator for Showtime Championship Boxing, deleted mention of his WWE affiliation from his Twitter account on Friday, along with a noticeable amount of WWE related retweets.

A source close to the situation told CBS Sports that Ranallo, 47, is not expected to appear on camera for the remainder of his WWE contract, which he signed on Dec. 15, 2015.

WWE would not confirm this but did tell CBS Sports in a statement that Ranallo remains under contract with the company until Aug. 12, 2017.

Ranallo did not appear at WrestleMania 33 and has been absent from WWE television since it was announced on a March 14 episode of “SmackDown Live” that he would miss the show due to inclement weather on the East Coast. The following week, WWE announced that Ranallo was off television due to an illness.

Here’s Ranallo’s Twitter profile without any mention of WWE at the present time. 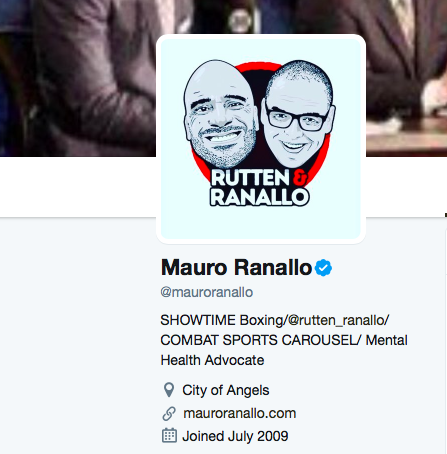 Ranallo has been very outspoken about his battles with depression and bipolar disorder and been a consistent mental health advocate. In the wake of the CBS Sports report, he has been replying to people on Twitter who have been supportive of him and lifting up that battle.

Thanks! I just want everyone who battles mental health issues to receive the same support everyone has given me. #SickNotWeak ? https://t.co/IcrMWGEYDq

There has been speculation that Ranallo’s Smackdown colleague John “Bradshaw” Layfield could be involved in his departure. JBL was very critical of Ranallo winning a fan poll for wrestling announcers and publicly ripped him on a WWE network show. He also has a long history and reputation for bullying that has some observers putting two and two together. For what it’s worth, Ranallo did share a video of JBL once getting knocked out in the Brawl For All many years ago.

Whatever the case and whatever has really happened behind the scenes, the bottom line is that it’s an unfortunate turn of events for WWE because Ranallo is a great announcer and should have been WWE’s top voice for the next decade. He will be missed in WWE but he certainly has a bright future ahead of him wherever he lands.