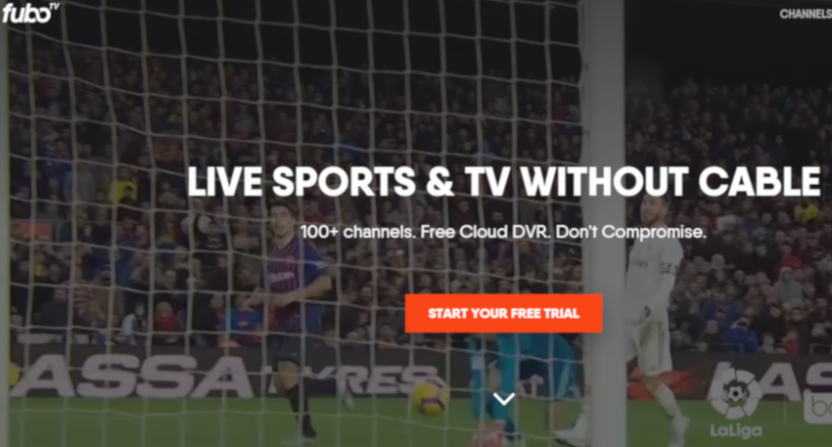 It’s a new decade and if you have fuboTV, you’ve probably noticed fewer channels today than the day before. That’s because fuboTV has dropped a bunch of channels from their OTT streaming service as a result of new ownership from many of Fox’s previously owned networks.

This means that Disney owned networks FX, FXX, FXM, and National Geographic as well as Sinclair owned Fox Sports RSN’s are no longer on fuboTV. In a statement from fuboTV and picked up by Cord Cutters News, the streaming service explained their reasoning as to why they are no longer carrying the RSN’s.

In May 2019, Fox divested its regional sports networks (RSNs), which were ultimately purchased by Sinclair Broadcast Group. Standalone rates for these RSNs are not consistent with fuboTV’s mission to provide value and keep costs low to consumers. As of January 1, 2020, these networks have left fuboTV, like they have with other virtual MVPDs. Despite these changes, fuboTV continues to be a sports-focused cable TV replacement with home team coverage in top markets. fuboTV’s carriage of regional sports networks includes full coverage in Chicago, Philadelphia, the San Francisco Bay area and Boston, significant coverage in New York, and we are the only vMVPD with home team coverage in Houston. Additionally, our base package features more than 40 channels that carry sports and over 700 local broadcast stations. We’re also the only vMVPD streaming live sports, including Super Bowl LIV, in 4K. fuboTV remains the best live TV streaming service to follow your home team throughout the season.

It’s important to note that this doesn’t affect Fox affiliates or FS1/FS2, which are still owned by Fox, so fuboTV subscribers won’t miss any NFL playoff games or the Super Bowl. But this is a bit of a blow for a service that began mainly as a sports service that now doesn’t have a large chunk of RSN’s or the ESPN networks.

It has been explained before why ESPN isn’t on fuboTV and not having ESPN because fuboTV would have to pay for all Disney owned networks is a justifiable reason to not pursue that. But if sports fans can’t watch live sports on ESPN and now many can’t watch their local sports teams, what’s the point of the average sports fan paying $60/month when they don’t seem to be getting what they want?

fuboTV is caught in the middle. They want to give subscribers access to all sports but not if it completely destroys their price structure. At the same time, Disney and Sinclair know that streaming services like fuboTV are in a bind and in Disney’s case, they feel like they can dangle ESPN in front of fuboTV like a carrot and maybe get them to overpay for networks like Disney Channel and their secondary networks which may be in less demand. And now that Disney has four more networks they just bought from Fox, that price may go up even more. It looks like fuboTV is staying firm in their stand and many within the industry will be paying attention to see how this plays out.